The disturbing images of neofascist party leaders storming the headquarters of Italy's oldest trade union is a sign that fascism is still alive and kicking, says DW's Giulia Saudelli. 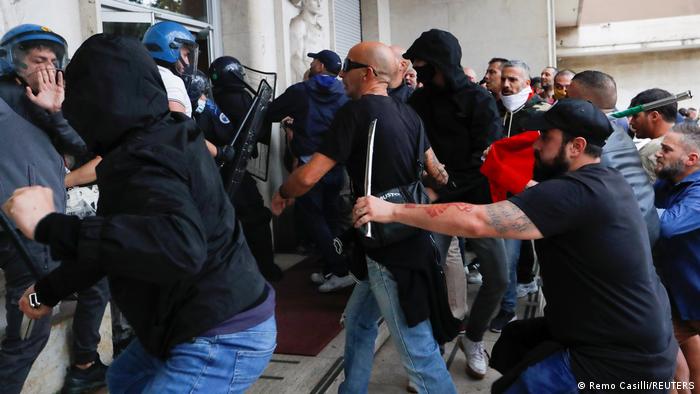 The No Green Pass movement against a soon-to-be required COVID-19 health certificate for public and private workers in Italy and anti-vax groups have been supported and promoted by neofascist groups such as the Forza Nuova (New Force) party.

Two leaders of Forza Nuova were filmed leading the storming of the CGIL workers union headquarters in Rome on Saturday. Some of the protesters displayed swastika tattoos and wore t-shirts reading "Boia chi molla" — a well-known fascist slogan meaning "those who give up are traitors."

What is very disturbing to me about the storming of the union's headquarters is not only that it is reminiscent of what happened at the US Capitol in January, but that it also mirrors the actions of fascist militia before the rise to power of dictator Benito Mussolini in the early 1920s. Armed paramilitary groups attacked unions, cultural and community centers to weaken the already fragile democratic institutions and instill fear in those close to socialist politics and the workers' movement.

But what's also troubling is that the role played by neofascist groups in the unrest shows how much room to maneuver they are granted in Italy today.

Neofascist movements such as Forza Nuova and CasaPound have been accused of numerous violent attacks against migrants, minorities and political opponents.

As someone who has lived most of my life in Italy, I still find it hard to believe that such groups are left free to spew their poisonous rhetoric and use violence. 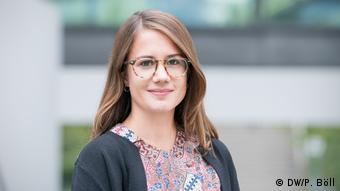 I remember when, as a young student at a demonstration, a group of neofascists attacked the protesters, beating my fellow students with metal rods. The fear and the anger that we felt, even as teenagers, was palpable.

I also recall the numerous attacks against young students outside their schools, the assaults against young activists because of a t-shirt they were wearing — common occurrences in many cities across the country; and I remember when 10 years ago, a CasaPound sympathizer went on a killing spree in Florence and shot dead two Senegalese vendors and injured three others.

How can the violence of these groups still be tolerated?

For years there have been calls for neofascist movements to be dismantled — calls that have become more vociferous after the violence witnessed in Rome at the weekend.

Italy's constitution forbids the reorganization "under any form whatsoever" of the dissolved National Fascist Party. And the so-called Scelba law of 1952 clarifies that the reorganization of the fascist party occurs when a group "pursues anti-democratic aims," glorifying or using violence as a political tool, undermining democracy and its institutions, or promoting racist propaganda.

But so far, no legal action has been taken against movements like CasaPound or Forza Nuova. And the enforcement of these laws has proven complicated, as they need to be balanced with the right to freedom of expression.

But it's not only these fringe and extremist groups that pose a problem. Some parties in the political mainstream are also ideologically close to fascism.

Take, for example, Fratelli d'Italia (Brothers of Italy), a party that is currently leading in the polls. Though the party and its leader, Giorgia Meloni, have tried to distance themselves from its neofascist roots and have presented a more reassuring, moderate face, there are signs that fascist elements are still very much prevalent within the party.

A danger to society

In 2019, the local Fratelli d'Italia chapter in Ascoli Piceno, a town in central Italy, organized a dinner to celebrate the anniversary of the March on Rome — an armed demonstration and de-facto coup in 1922 that led to Mussolini's Fascist Party taking power.

This is a mainstream, institutional party that still has fascists inside its ranks, and is failing to come clean on this issue.

This ambivalence towards fascism past and present is a liability for Italy's public discourse, its political arena and our society as a whole.

US: Another victim of serial killer John Wayne Gacy identified 2h ago

Poland: 2 soldiers injured in clash with migrants at Belarus border 5h ago

Opinion: IS bride sentence an important sign to Yazidis 2h ago