Rachele Mussolini said she wanted nothing to do with the "burden" of her surname. The far-right politician insisted her success was because of her hard work, not her family history. 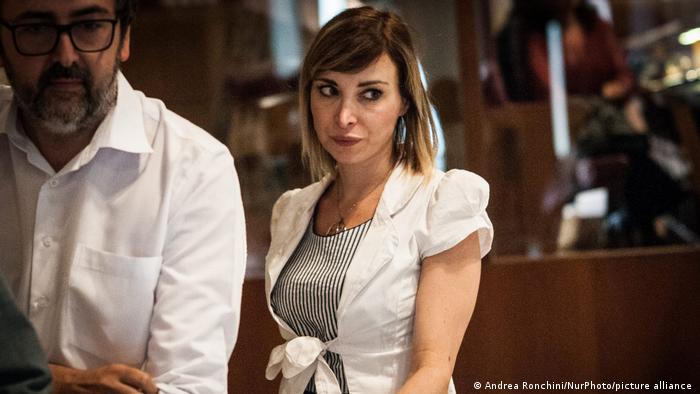 With almost all of the votes counted on Wednesday, she received over 8,200 votes in the October 3-4 municipal election — more than any other candidate.

Standing for the far-right Brothers of Italy party, Mussolini won far more votes than the 657 she had received in the previous ballot in 2016.

The 'burden' of the name

Mussolini told La Repubblica newspaper that she wanted nothing to do with the "burden" of her family name, adding that she had "many left-wing friends."

"In the past, I got interviewed only because of my family name. During my last term, they started asking about the initiatives I promoted on the city council. I've worked hard," she told Wednesday's edition of the paper.

"I learned to live with my surname since I was a child," she said. "At school, they used to point at me, but then Rachele emerged and the person (that I am) prevailed over the surname, however burdensome that name is."

She refused to be drawn too far into answering a question about her views on fascism, saying only that she was against its glorification and adding: "To deal with this subject, we'd need to talk until tomorrow morning."

She is the daughter of Romano Mussolini, who was a jazz pianist and brother-in-law to actor Sophia Loren.

What happened in the elections?

Cities where no candidates win 50% or more of the votes will have a run-off in two weeks.

Center-left candidates are poised to win without a run-off in Milan, Naples and Bologna.

A run-off for Rome's mayor is due to take place on October 17-18. Right-wing candidate Enrico Michetti, a lawyer and radio host received 30% of the votes, versus 27% for the center-left's Roberto Gualtieri.