Opinion: Everyone′s Interested in the Net -- Especially Dictators | News and current affairs from Germany and around the world | DW | 03.05.2006

The Internet allows people to write and read what anyone in the world has to say -- theoretically. The truth is that the enemies of the Internet keep it under control, says Julien Pain of Reporters Without Borders. 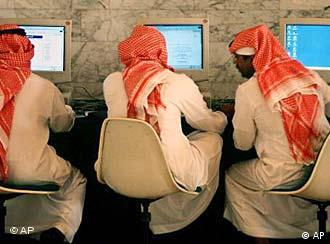 The Internet has revolutionized the world's media. Personal Web sites, blogs and discussion groups have given a voice to men and women who were once only passive consumers of information. It has made many newspaper readers and TV viewers into fairly successful amateur journalists.

Dictators would seem powerless faced with this explosion of online material. How could they monitor the e-mails of China's 130 million users or censor the messages posted by Iran's 70,000 bloggers? The enemies of the Internet have unfortunately shown their determination and skill in doing just that.

China was the first repressive country to realize that the Internet was an extraordinary tool of free expression and quickly assembled the money and personnel to spy on e-mail and censor "subversive" Web sites. The regime soon showed that the Internet, like traditional media, could be controlled -- all that was needed was the right technology and to crack down on the first "cyber-dissidents."

The Chinese model has been a great success and the regime has managed to dissuade Internet users from openly mentioning political topics and when they do to just recycle the official line. But in the past two years, the priority of just monitoring online political dissidence has given way to efforts to cope with unrest among the population.

The Internet has become a sounding-board for the rumblings of discontent in most Chinese provinces. Demonstrations and corruption scandals, once confined to a few cities, have spread across the country with the help of the Internet.

In 2005, the government sought to counter the surge in cyber-dissidence. It beefed up the law and drafted what might be called the "Ten Commandments" for Chinese Internet users -- a set of very harsh rules targeting online editors. The regime is both efficient and inventive in spying on and censoring the Internet. Unfortunately, other governments have imitated it. 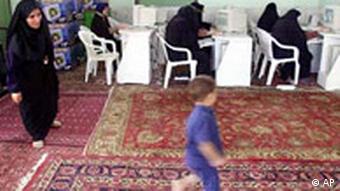 Posting on the Internet can be risky in Iran

A score of bloggers and online journalists have been thrown in jail in Iran since September 2004, and one of them, Mojtaba Saminejad, has been there since February 2005 for posting material deemed offensive to Islam.

In Libya, former bookseller Abdel Razak al-Mansouri was sentenced to 18 months in prison for making fun of President Moammar Gadhafi online. Two Internet users were jailed and tortured in Syria, one for posting photos online of a pro-Kurdish demonstration in Damascus and the other for simply passing on an e-mailed newsletter the regime considers illegal.

A lawyer has been in jail in Tunisia since March 2005 for criticizing official corruption in an online newsletter. While a UN conference was held in Tunis in November 2005 to discuss the future of the Internet, this human rights activist was in a prison cell several hundred kilometers from his family. A grim message to the world's Internet users.

Censorship of the Web is also growing and is now done on every continent. In Cuba, where you need permission from the ruling party to buy a computer, all Web sites not approved by the regime are filtered.

The situation has worsened in the Middle East and North Africa. In November 2005, Morocco began censoring all political Web sites advocating Western Sahara's independence. Iran expands its list of banned sites each year, and it now includes all publications that mention women's rights.

China can now automatically censor blog messages, blanking out words such as "democracy" and "human rights."

Some Asian countries seem about to go further than their Chinese "big brother." Burma has acquired sophisticated technology to filter the Internet, and the country's cybercafés spy on customers by automatically recording what is on the screen every five minutes.

Complicity on the part of Western firms

How did all these countries become so skillful at doing this? Did Burma and Tunisia develop their own software? No. They bought the technology from foreign, mostly American firms. Secure Computing, for example, sold Tunisia a program to censor the Internet, including the Reporters Without Borders Web site. 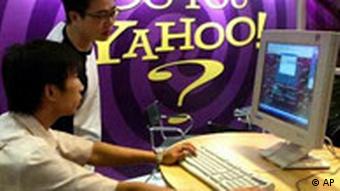 Yahoo! has been accused of supplying China's police with information that led to a so-called cyber-dissident's conviction

Another US firm, Cisco Systems, created China's Internet infrastructure and sold the country special equipment for the police to use. Internet companies' ethical lapses drew attention when the US firm Yahoo! was accused in September 2005 of supplying the Chinese police with information used to sentence cyber-dissident Shi Tao to 10 years in prison.

China is now passing on its cyber-spying skills to other enemies of the Internet, including Zimbabwe, Cuba, and most recently Belarus. These countries will probably no longer need Western help for such spying in a few years' time.

Democratic governments, not just the private sector, share responsibility for the future of the Internet. But far from showing the way, many countries that usually respect online freedom now seem to want to unduly control it. They often have laudable reasons, such as fighting terrorism, child pornography and cyber-crime, but this control also threatens freedom of expression.

Without making any comparison with the harsh restrictions in China, the Internet rules recently adopted by the European Union are very disturbing. One of them -- requiring Internet service providers (ISPs) to retain records of customers' online activity -- is presently being considered in Brussels and seriously undermines Internet users' right to online privacy.

The United States is also far from being a model in regulation of the Internet. The US authorities have sent an ambiguous message to the international community by making it easier to legally intercept online traffic and by filtering the Internet in public libraries.

Julien Pain is head of the Internet freedom desk at the Paris-based international human rights organization Reporters Without Borders.

While exhibitors at the CeBIT technology fair introduce the newest ways to keep tabs on consumers and their personal information, privacy activists and police are concerned about how technology can be used and abused. (March 13, 2006)

The case of the two journalists charged for exposing state secrets has raised questions about press freedom. DW-WORLD.DE spoke with Hendrik Zörner of the German Journalists' Association about the issue. (March 16, 2006)