The case of the two journalists charged for exposing state secrets has raised questions about press freedom. DW-WORLD.DE spoke with Hendrik Zörner of the German Journalists' Association about the issue. 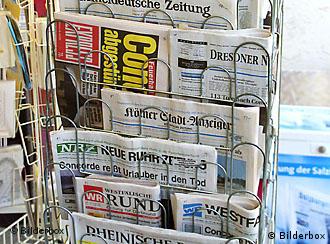 Issues of press freedom are increasing in Germany

DW-WORLD.DE: You have described the charges brought against the two journalists Bruno Schirra and Johannes von Dohnanyi as an infringement on the freedom of the press. Why is that?

Hendrik Zörner: From the very beginning -- starting with the searches that were carried out in April 2005 -- the legal authorities and investigators have completely exaggerated the issue. There is no case like it in the history of the Federal Republic.

What is your critique of the way the searches of Cicero's offices in Potsdam and Schirra's apartment in Berlin were conducted?

The information that the journalists received was no longer secret. A huge group of people -- around 200 -- knew about the content of the data. Federal police employees, investigators and others were aware of that information. If the BKA (German federal police) really wants to keep data under wraps, then they don't tell 200 people about extremely clandestine information. Only a very small group of BKA workers would know about it. When the investigators then carry out searches, as they did in this case, due of a supposed breach of confidence, then they are clearly trying to intimidate journalists. 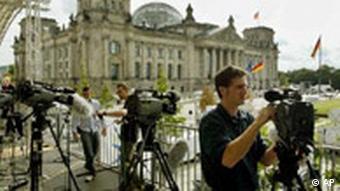 Journalists in Germany must weigh how much information they reveal

How can journalists continue to pursue investigative reporting if they have to fear they will themselves be investigated or charges will be brought against them?

They have to work more carefully now. If they receive information that must be protected, then they must ensure that they store it somewhere other than their offices or private apartments. It's a sad development, but seems to be the way things are now.

You said that the information the journalists published wasn't really secret any more. But let's say a journalist learns of something that is a highly-kept secret and only very few BKA agents know about it. Should the information still be published?

The information that journalists are allowed to expose is stipulated by law. Journalists have a lot of responsibility to bear. If an informant approaches a journalist and gives him or her clandestine material, then the State must not force the journalist to reveal his or her source.

How would you like to see these two journalists continue with the case?

It's regrettable that the prosecuting authorities in Potsdam have charged the two journalists. But I would like to see them fight it to the Federal Constitutional Court and to win so that journalists can work in a more pleasant and conducive climate in the future.

Two journalists were charged with exposing German state secrets on Al-Qaeda's frontman in Iraq, Abu Musab al-Zarqawi, in a case their defenders called a blow to press freedom. (March 16, 2006)