The theatrics continue around the Catalonian ex-president now facing extradition from Germany. The pro-independence leader should return to Spain to face justice like his comrades, writes Bernd Riegert. 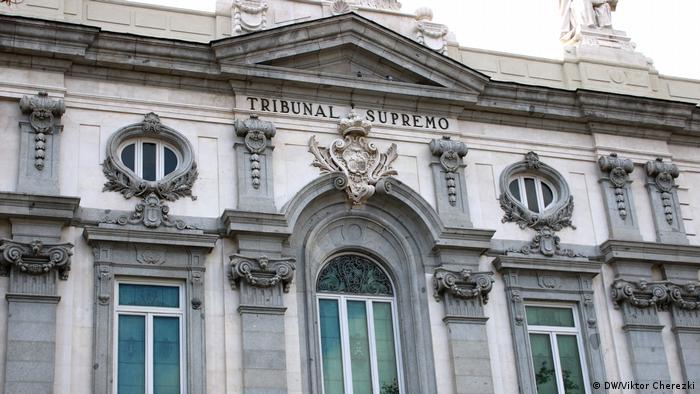 Putting aside the hysterics and looking at just the facts, there is not much left to Catalonia's supposed "political prisoner" and self-proclaimed martyr for Catalan independence, the region's ex-president. Carles Puigdemont, deposed of his post, is a regular Spanish citizen. Spain's attorney general has accused him of serious charges. He has been the target of a European arrest warrant, which is now to be enforced in Germany.

This happens about 15,000 times every year in the European Union, but only about half of those arrested are actually extradited. The number is even lower in Germany. The supposed hero of Catalan independence stands a good chance of not being sent back.

Now the regional court in Germany's federal state of Schleswig-Holstein is tasked with reviewing the state prosecutor's extradition request. It is a normal process. There is no reason for drama, just trust in rule of law. As an EU citizen, Puigdemont has the right to appeal the extradition and contest the entire process. That's good, but again nothing special.

The charges against him would warrant extradition. He stands accused of leading separatists, for which he deserves a fair trial, and he fled from justice. You could call him a coward for absconding to Belgium, hanging many of his alleged co-conspirators out to dry back in Catalonia. It is completely normal for defendants to stand trial; why not Carles Puigdemont?

The alliances he has created make for strange bedfellows. In Belgium, he has been courted by Flemish nationalists and separatists; in Finland he was hosted by a rather confused politician from Lapland. While in jail in Germany, he has been paid a visit by – of all people – Bernd Lucke, a founder of the far-right Alternative for Germany (AfD) party, who is now a backbencher for liberal democrats in the European Parliament.

Visits and meetings with who makes himself out to be a persecuted innocent have been cause for a lot of media attention. And skillful media work has kept the "Puigdemont soup" stoking on a low simmer.

He has held speeches, traveled around Europe, continues to call himself "president" and provokes Spanish justice. Puigdemont can hardly wonder about the European arrest warrant put out for him before Christmas, then retracted, only to be reinstated again. It works well for his media image. No one would be cooing over him if he just stayed quiet in his self-imposed "exile" in Brussels.

It is a mystery, though, why Germany's Left and the Greens in the European Parliament are pushing his PR agenda. Their request that the German government directly involve itself in his case is adventurous. Clearly, neither the Left nor the Greens understand what rule of law is all about.

Puigdemont held an illegal referendum and then made an unconstitutional declaration of Catalan independence. He needs to be tried where he belongs: Spain. Should the German courts decide against extradition, so be it. It is the law that prevails, not political propaganda from one side or the other.

India evacuates over 200,000 people as Cyclone Tauktae hits 2h ago

US Supreme Court to hear challenge on abortion rights 3h ago