The US plans to cooperate with Russia in the fight against terrorists if the ceasefire in Syria holds. But in that case, Washington would actually be helping out Syrian President Assad, warns Björn Blaschke. 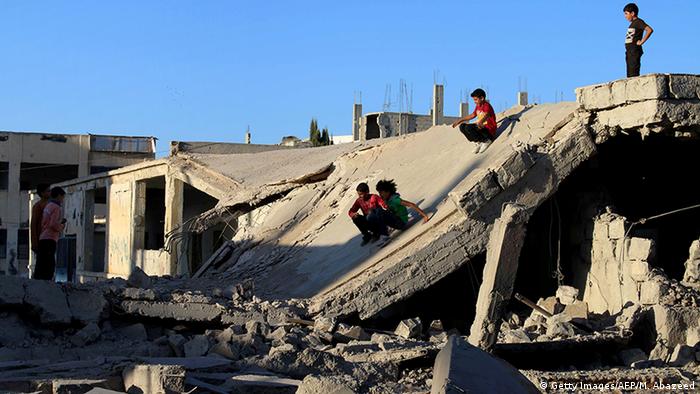 There are bound to be setbacks, ricochets that challenge the truce. The US-Russian agreement is in fact so complicated that it's almost destined to fail.

For example, if, as US Secretary of State John Kerry put it, the plan reduces violence, the US and Russia would after seven days set up a joint control mechanism to "identify" and take coordinated action against terrorists.

No support for the moderates

Which isn't a problem where the Islamic State (IS) is concerned - most people see it as a terrorist group. But Jabhat Fatah al-Sham? There's quite some disagreement about that group.

A quick reminder: at the start of the war in Syria, Jabhat Fatah al-Sham, formerly known as the Nusra Front, was a small group of Islamists close to Al Qaeda.

Back then, the US and others repeatedly declared their willingness to support the moderate so-called "Free Syrian Army" (FSA) in its fight against Bashar al-Assad's regime. In the end, they didn't back them, not even half-heartedly. As a result, many FSA fighters eventually turned to the Nusra Front, which received strong backing from unidentifiable dark channels. Al Nusra, or rather Jabhat Fatah al-Sham, grew stronger. 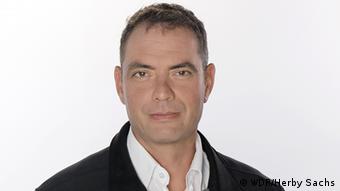 Today, it's the leading force in the fight for Aleppo against regime forces. It stands side by side with more than a dozen other rebel militias. Some are regarded as moderate. And those are the groups the US wants to convince in the course of seven days to distance themselves from the former Nusra Front so US and Russian fighter planes can calmly bomb the "terrorists"? That could prove difficult. It could prove even more difficult to convince the general population. The leadership of the former Nusra Front may still be close to Al Qaeda ideology, but the group's average fighters are average Syrians from the average population.

Are all Assad opponents terrorists?

To make it perfectly clear once more: first, the US didn't support so-called moderate militias, thus pushing them into the arms of Islamist terrorists. Next, the US declared all Nusra fighters to be terrorists, which they now want to bombard with the help of Russia.

President Bashar al-Assad may well be laughing up his sleeve: For five years now, he's been fighting large parts of his own population, while arguing that he's only fighting "terrorists." If the truce really holds, if it really does - the US may end up helping Assad!

Syrian ceasefire holds up on second day despite violations

The truce in Syria continued to hold up on its second day despite reports of minor violations. The Russian government counted 23 breaches of the ceasefire in its first 24 hours, it was reported. (13.09.2016)

A road of death and tears: Escapees from 'IS' in Raqqa

Escaping families from Raqqa spent eight days traveling secretly on foot at night in a journey fraught with the dangers posed by 'IS.' Their trek took them across northern Syria where they witnessed relentless war. (13.09.2016)

The German interior minister has said that three suspected members of IS arrested in Germany are linked to the group that carried out the Paris attacks in 2015. The suspects have been known to authorities for months. (13.09.2016)

Crimea gold awarded to Ukraine in blow to Russia 2h ago

Australia sets net zero emissions target for 2050, but no legislation 5h ago

Opinion: IS bride sentence an important sign to Yazidis 19h ago