The truce in Syria continued to hold up on its second day despite reports of minor violations. The Russian government counted 23 breaches of the ceasefire in its first 24 hours, it was reported. 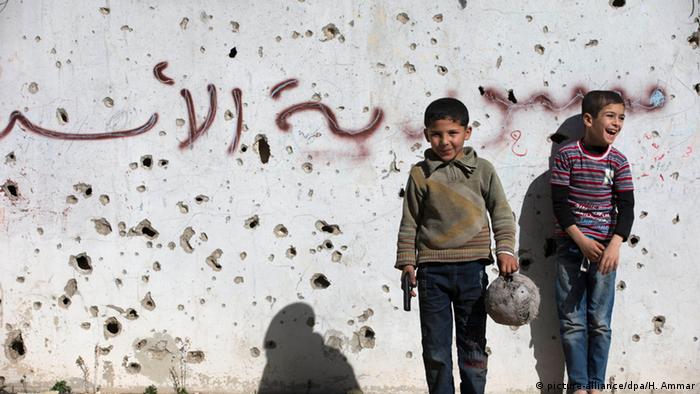 The truce in Syria, brokered between the United States and Russia, could serve as a precursor for peace talks if it continues to hold up. While having the primary purpose of allowing the delivery of humanitarian aid, the ceasefire also stops Assad's forces from bombing Syrian opposition groups, raising hopes for the revival of peace talks to address the conflict. 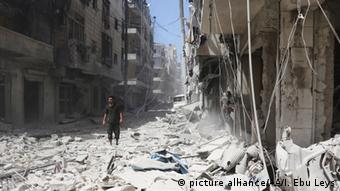 The Syrian army said it would abide by the stipulations of the ceasefire for a week, while stressing that it would still defend itself against any acts of aggression and continue attacking Islamist groups, such as the self-styled "Islamic State" (IS). Groups linked to al Qaeda such as Jabhat Fatah al-Sham, which was previously known as the al-Nusra Front, have meanwhile denounced the agreement.

This is why Syria's largest insurgent groups have expressed doubts about the feasibility of the deal, which still allows for airstrikes against al Qaeda linked militant groups. Several jihadi movements fight alongside more moderate rebels.

The ceasefire had been hammered out by US Secretary of State John Kerry and his Russian counterpart Sergey Lavrov in early September, coming into full effect at sunset on Monday, September 12, marking the beginning of the Muslim high holiday of Eid al-Adha. If it holds for seven days, the US and Russian militaries would set up a new center to coordinate strikes against IS and Jabhat Fatah al-Sham.

The deal marks the second attempt in 2015 to reduce violence in the country following the collapse of a truce at the beginning of the year. The conflict has killed more than 290,000 people since its beginning in 2011 while displacing half of the country's population.

Violations in Aleppo and beyond

Opposition activists in the city of Aleppo, which has seen heavy fighting in recent months, said that rebel-held parts of the city remained calm. However, aid deliveries, which are also part of the ceasefire, have yet to enter the contested city. 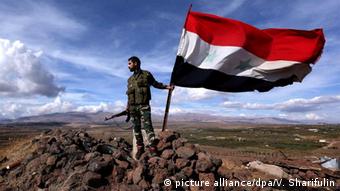 Turkey's state-run Anadolu news agency said, however, that 20 UN trucks had left Turkey to deliver humanitarian aid to Aleppo, with another 20 due to leave before the end of the day. Syria's government warned that all aid going to Aleppo, particularly assistance sent by Turkey, had to be coordinated with Damascus and the United Nations.

Despite the ceasefire appearing to hold up, many people reportedly remained fearful of stepping outside their house on Eid al-Adha. The local activist group, the Local Coordination Committees, reported some shelling in Aleppo as well as in the southern region of Quneitra.

Rami Abdurrahman, head of the Syrian Observatory for Human Rights, a monitoring group based in the UK, added that there were violations of the truce in the central Hama province.

In other developments, the Syrian military announced that it had allegedly shot down two Israeli aircraft - a warplane and a drone – near the Israeli-controlled part of the Golan Heights, which used to be Syrian territory until 1981. The Israeli military, however, denied the claim.

The Israeli military said that "two surface-to-air missiles were launched from Syria after the mission overnight to target Syrian artillery positions" but that the safety of Israeli planes had not been compromised.