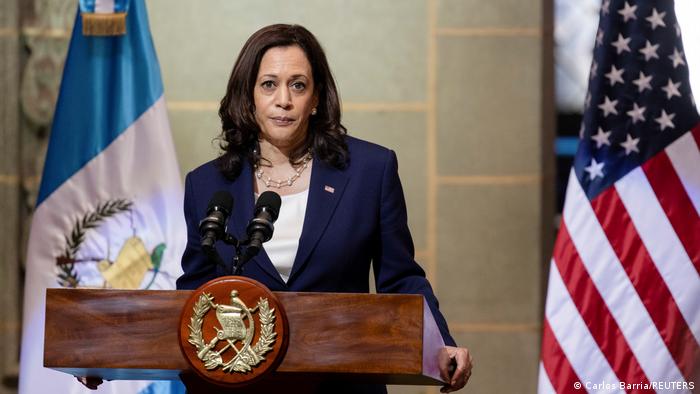 US Vice President Kamala Harris told migrants: 'Do not come.'

What a moving moment it was when Kamala Harris took the oath of office on the steps of the Capitol on January 20, 2021. While the main event may have been the inauguration of President Joe Biden, another old white man assuming power is nothing new. Whereas when Kamala Harris placed her hand on the Bible and vowed, with a proud smile, to defend the Constitution of the United States, she became the first woman, the first black woman, and the first Asian-American vice president of the United States. History was being made before our eyes.

Twelve months later, disillusionment has set in. In a nationwide poll by the news site Real Clear Politics, 42% of Americans said President Biden is doing a good job, while Harris polled at just 40%. In late November, she made a social media splash when she visited a D.C. Christmas market, smiling winningly for the smartphones. But politically, she's had a disappointing first year in office.

To be fair, the job of vice president is a thankless one. Few people are so close to power (were the commander in chief to die, the vice president would automatically become president) while at the same time having so little of it themselves.

Nelson Rockefeller, Gerald Ford's vice president between 1974 and 1977, famously said he felt like he was on standby for funerals and earthquakes. Benjamin Franklin suggested calling those holding the office "his excessive excellency." In the US, the vice president does not head up a ministry, and as far as important decisions are concerned, the boss always has the last word.

But people still hoped for more from Kamala Harris, and not just because she broke with tradition simply by taking office after all her white, male predecessors.

Before she entered the race for the Democratic presidential nomination in 2019, she had made a name for herself in California as an assertive, tough-talking attorney general, a cross between justice minister and district attorney. Among other things, she pushed for stricter gun laws.

Later, in the US Senate, she was a vocal opponent of President Donald Trump's restrictive immigration policies. Many on the left were thrilled to see her appointed vice president.

But she hasn't been able to raise her profile with these or any other issues, despite being tasked with overseeing immigration policy in the new administration. The only result of her visit to Mexico and Guatemala  in June was that Washington announced it would issue more work visas.

What was more notable was her harsh message to people in Guatemala trying to escape poverty and head for the US: "Do not come."

At that moment, she was no longer recognizable as the woman who once had a reputation as a fighter for the less-fortunate.

What does Harris stand for?

Not everyone needs to have power to have an effect on society, as former First Lady Michelle Obama demonstrated. She took it upon herself to promote healthy lifestyles and fight childhood obesity, launching the "let's move" initiative and putting together a task force of experts from a range of government departments that issued advice and suggestions for parents, schools, children and health care providers. These were among the issues that the American public associated with Michelle Obama.

And then there was Donald Trump's vice president Mike Pence, who is fervently religious. His aversion to homosexuals won him praise among conservative Republicans who had reservations about the president. As backward as this attitude may have been, both his supporters and his opponents at least knew where he stood. 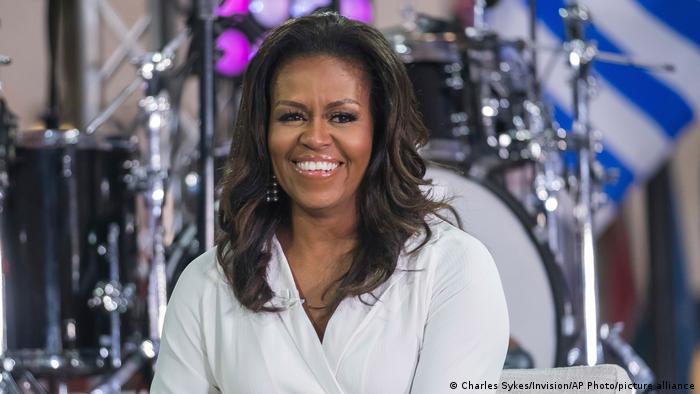 But where does Kamala Harris stand? What are the issues dearest to her heart? How will she be able to represent the millions of people who expected so much from her when she was sworn in? All of this remains unclear.

The vice president has cut a bland political figure so far. And that's not good enough for a woman whose next political move could be into the White House.

The opinion piece was originally written in German.