US: Kamala Harris serves as acting president during Biden colonoscopy

Vice President Kamala Harris briefly became the first woman to hold presidential power in US history, after President Joe Biden transferred power to her while he underwent a routine colonoscopy. 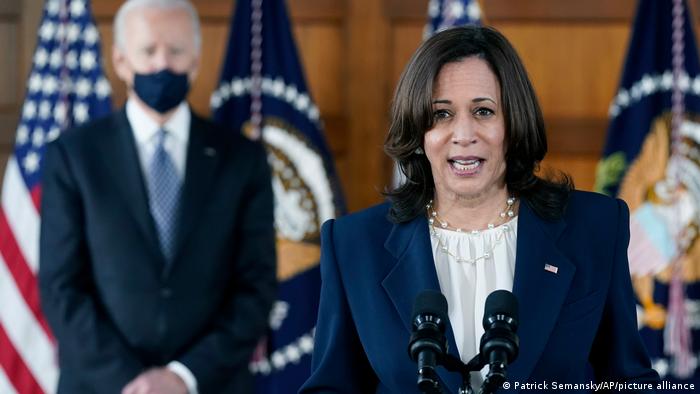 For a few hours on Friday, the United States experienced a historic moment. While President Joe Biden was put under anesthesia for a routine colonoscopy, Vice President Kamala Harris took the presidential reins.

The moment made her the first woman to hold presidential power in the history of the US.

Biden will remain at Walter Reed Memorial Hospital for the rest of the day as he completes his annual health check.

Earlier, the White House said the brief transfer of power from the president to the vice president had last occurred in 2007.

"As was the case when President George W. Bush had the same procedure in 2002 and 2007, and following the process set out in the Constitution, President Biden will transfer power to the Vice President for the brief period of time when he is under anesthesia," Psaki said earlier.

"The Vice President will work from her office in the West Wing during this time," she added.

To make it official — and according to the US Constitution — President Biden had to sign a letter to the president pro tempore of the Senate and the speaker of the House of Representatives saying he was unable to discharge his duties while under anesthesia.

This made Harris the acting president until Biden sent another letter when the procedure finished, enabling him to resume his duties.

It's the first time power has been officially transferred to a woman under the rules outlined in the US Constitution.

In US history, only one other woman came close — former first lady Edith Wilson. After her husband former President Woodrow Wilson suffered a severe stroke, Edith Wilson "pre-screened all matters of state" for her husband form 1919 to 1921, according to the White House.

"But she did not initiate programs or make major decisions, and she did not try to control the executive branch," according to a White House page on the former first lady.

How would a feminist foreign policy change the world?

The president left early Friday for the procedure at Walter Reed National Military Medical Center outside of Washington DC.

Biden, who turns 79-years-old on Saturday, is the oldest person to have ever taken office as US president.

Although Biden's age has raised concerns about potential health issues, the results of Friday's examination showed Biden is "healthy and vigorous" and "fit to execute the duties of president," according to a doctor's statement released by the White House.

After the procedure on Friday afternoon, President Biden is scheduled to take part in the annual "pardoning" of the national Thanksgiving turkey. It remains to be seen if he will attend the event, depending on how long the medical checks take.

President-elect Biden has chosen top campaign aides to fill senior positions in his White House press team. For the first time in US history, the entire senior communications staff will be women.

US Vice President Kamala Harris: A woman for America's future