The US has deployed its biggest non-nuclear bomb. The target was the "IS" group in Afghanistan, but the message was directed at Russia and North Korea. It's a dangerous near-nuclear game to play, says Florian Weigand. 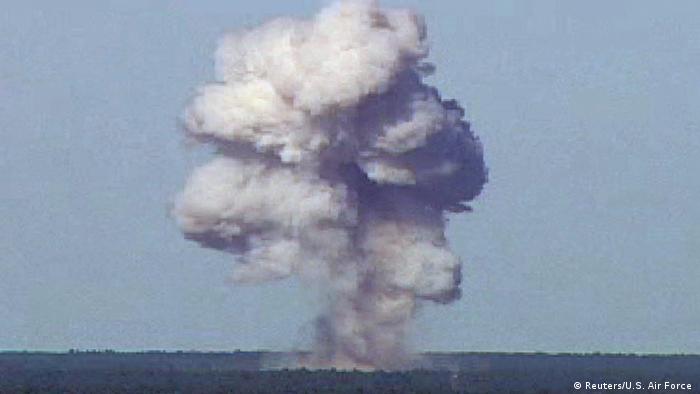 Who would've thought it: On Maundy Thursday of all times, the start of the Easter holiday, the USA deploys its biggest non-nuclear bomb for the first time. According to eyewitnesses, the blast yielded by the "mother of all bombs" in eastern Afghanistan was gigantic. The real motivations for the bomb drop are not yet completely clear. But what at first glance seems to be another dip into US President Donald Trump's mysterious bag of tricks could this time be following military and political logic.

Read:What makes MOAB the Mother of All Bombs?

This target was chosen with care. The mega-bomb hit bunkers and cave hideouts of the terrorist militia "Islamic State" (IS) near the border with Pakistan - a starting point for the bloodiest attacks currently shaking Afghanistan. Who'd dare call that an attack on the wrong people? The US military won't reap much international criticism for the operation, even though it remains only one step away from nuclear escalation - something that should be shocking! 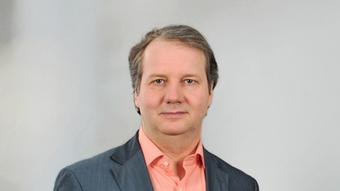 And that's exactly why the "mother of all bombs" is sending a thoroughly calculated signal of brute force and decisiveness. Above all, North Korea and Russia must feel like they are being sent a message.

Warning to Moscow and Pyongyang

Today, on Good Friday, an international meeting is being held in Moscow with the goal of finally bringing peace to war-torn Afghanistan. But unlike earlier, similar meetings in other places, neither the US nor other NATO states, which have soldiers stationed in Afghanistan, are taking part. Russia seems to have taken it upon itself to take the initiative in the stalled negotiations - for good reason: Afghanistan is right on its doorstep. That must really rile Washington. The bombing surely qualifies as a convenient way to show Moscow, as well as those in power in Kabul, that the US isn't prepared to hand over control of the Hindu Kush.

Read:Why is Russia so interested in Afghanistan all of a sudden?

Further east in Asia, the mushroom cloud over the drop zone could be seen as a precursor to a much bigger crisis. The US has dispatched warships to the waters off North Korea as Pyongyang threatens new nuclear tests. Trump countered with his own typically brief brand of rhetoric: The US will "deal with" North Korea by itself if it must, with or without neighboring China.

US military plays down the deployment

The "mother of all bombs" as posturing for a warlike exchange of blows with a nuclear power such as North Korea? The reactions of some top US generals indicate that the top military brass harbors precisely these fears. Although they don't want to overstate the deployment. They say the mega-bomb was simply the most appropriate means to effectively strike the Islamist stronghold. From a purely military perspective they're right.

And the government in Kabul may well be pleased about the backing from Washington, even if the bigger danger comes not from IS fighters in eastern Afghanistan, but from the Taliban who are active almost everywhere in the country.

It remains to be said: Even after the launch of the MOAB, it's still a long way to the next step of launching nuclear warheads. It's in no way mapped out and at present hardly imaginable. But a residual risk remains: Who can really 100 percent guarantee that nobody will push the limits further and respond to an attack with even bigger bombs, if he had the means and will to do so? Then there's danger of apocalyptic proportions by default.

US drops largest non-nuclear bomb on 'IS' target in Afghanistan

The Pentagon has confirmed the first-ever combat use of the GBU-43, also known as the MOAB, or "mother of all bombs," in a targeted attack on 'Islamic State.' Afghan officials said the bomb killed at least 36 fighters. (13.04.2017)

Merkel: China and US can team up to peacefully sway North Korea

The German chancellor has called for the two nations to put diplomatic pressure on Pyongyang to curb its nuclear ambitions. She also called for a peaceful resolution to the conflict in Syria. (13.04.2017)

North Korea tells UN it has a right to test missiles, as 'projectile' fired 3h ago