Onlookers reportedly encouraged a 17-year-old Somali asylum seeker who committed suicide to jump to his death from a fifth story apartment building in the eastern German town of Schmölln, according to the town's mayor. 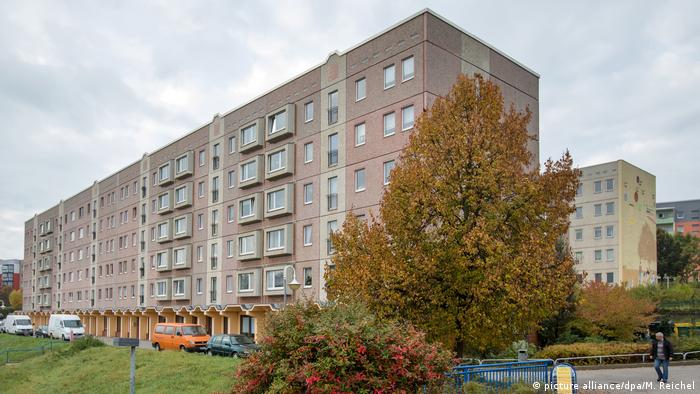 The mayor of the eastern German town of Schmölln said Saturday he was shocked after learning onlookers may have encouraged a refugee boy to commit suicide. The boy had recently left psychological treatment.

"We have received information that some onlookers who observed the incident for a while called out 'Jump, already,'" Mayor Sven Schrade told local MDR news. "Nobody can defend such a thing."

Depression and mental illness are now starting to be recognized by the UN and aid agencies as problems that many Syrian refugees face. And it is children who are in the firing line, as Martin Jay reports from Lebanon. (27.02.2016)

The worldwide refugee crisis is getting worse. Donation requests during the holiday season in Germany show that the plight of refugees is not a priority for donors. Germans prefer to help out in long-term aid projects. (22.10.2016)

Authorities arrived at the scene on Friday after receiving a call from a facility for unaccompanied youth migrants to respond to a complaint of violence. When they arrived the boy was sitting on the ledge of a fifth story window.

The police and fire department tried to persuade the Somali boy not to jump, but he leaped and died from his injuries.

Local county official Matthias Bergmann said there were also reports that onlookers took pictures of the incident as if it were a movie. He described the behavior as shocking.

Local police have not confirmed the behavior of onlookers and were reportedly questioning an employee at the care center who made the claim.

The Somali boy had been in Schmölln since April, but before he returned to the youth facility on Friday he had spent a week at a nearby psychiatric clinic for depression.

Last year, Germany received more than 800,000 asylum seekers, triggering a backlash from some segments against the influx of foreigners.

Many of the asylum seekers come from conflict zones and have experienced trauma on their way to Europe. There is a growing recognition that many asylum seekers may require mental health treatment.