On the hunt for dynamite fishers in Tanzania | Environment | All topics from climate change to conservation | DW | 19.12.2016

On the hunt for dynamite fishers in Tanzania

Holiday idyll or crime scene? In Tanzania, dynamite fishers toss up to 50 bombs a day into the coral reefs - using a technique that, in theory, is outlawed. A task force is hoping to put an end to the dangerous practice. 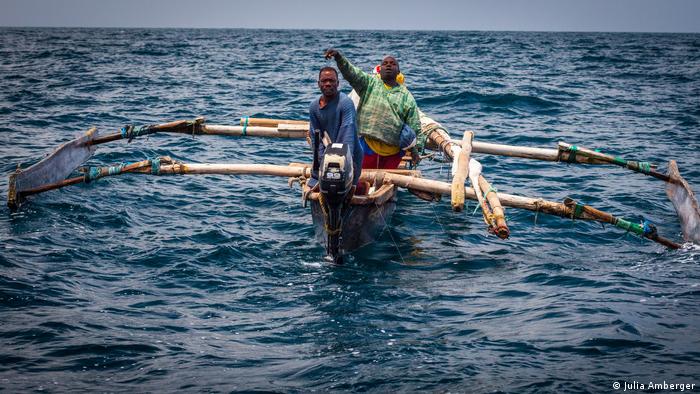 South of the port city of Dar Es Salaam, right on the coast, about 50 simple stone houses huddle under the palm fronds. Omari Mussa, who until recently made his living as a fisherman, grew up here.

Mussa's skin is tanned by the sun, and he's missing a finger on his left hand, blown off by a mistimed throw of a bomb - his tool of choice when it came to reeling in the sea bream and red snapper.

"It's dangerous," he said. "Nevertheless, everybody here used this technique. Fishing with the usual methods is hardly worthwhile."

Detonating a bomb in a coral reef can net fishermen up to 100 fish - and lots of money. The shockwave from the blast pops the air bladder in every living creature within a radius of 5 to 20 meters, depending on the amount of explosive used. Fish sink to the bottom, and fishermen then collect the largest.

In a fraction of a second, the bomb transforms a brightly-colored reef teeming with life into an underwater desert. For that reason, dynamite fishing has been outlawed. 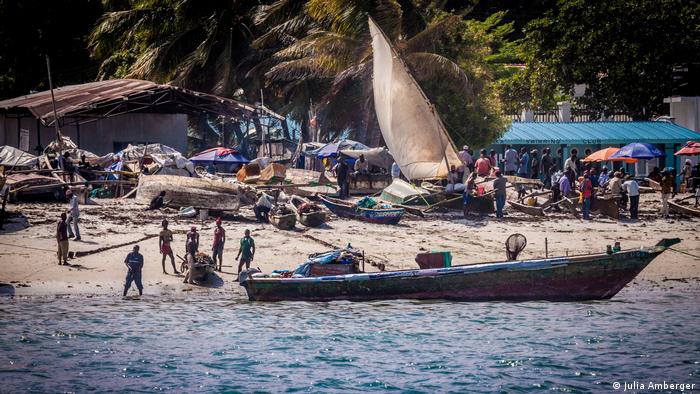 Dynamite fishing has been linked to organized crime in Tanzania, threatening the environment and security

"When we stopped fishing here with bombs, there was nothing left," said Mussa. "Only recently have fish made a gradual return."

Mussa gave up dynamite fishing and now earns his money as a cook. And every day, on behalf of the World Wide Fund For Nature (WWF), he also records the number of fish caught by the local fishermen including - above all - how they were caught. "I grew up with colorful coral reefs, and I don't want them to be destroyed," he said.

Tanzania isn't just one of Africa's most popular tourist destinations; it's also becoming Africa's leader in the mining industry. Which means plenty of dynamite, used for blasting in the mines, is circulating on the black market.

Increasingly, this dynamite is turning up in the hands of fishermen - last year, one researcher recorded more than 300 bomb explosions at sea in a 30-day period. Near Dar Es Salaam, Tanzania's primary port, that figure was up to 10 explosions per hour.

Dynamite fishing isn't just a problem in Tanzania - bombs do go off in neighboring countries from time to time. But outside Tanzania, illegal trade in explosives is punished with up to 30 years in prison, an anti-terrorist measure. 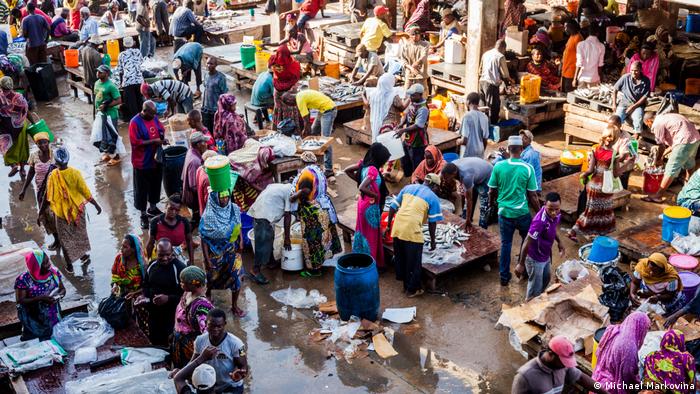 Tanzania's Mining Act, which controls the trade in explosives and dates back to 1963, is just now being revised. Illegal possession is currently penalized with a fine of just 2.50 euros (about $2.65) - the price of a stick of dynamite.

Fishermen can use the powder from one stick of dynamite to make two bombs. The process is simple: tip the powder into two plastic bottles, mix it with diesel and fertilizer, add the fuse and it's done. Tanzania is the only country in Africa where dynamite is common in commercial fishing, even though it is forbidden.

Dynamite fishing has long been linked to organized crime in Tanzania - a problem that threatens both the environment and security.

In June 2015, the government set up a Multi-Agency Task Team (MATT) to target environmental crimes. Officials from the mining, fisheries and justice ministries have teamed up to solve the problem, with the support of the police and the military.

Out on the coastal waters, seven members of the task force keep a lookout for dynamite fishermen. Among them is Chrispin Kilulu, a powerfully built policeman with a mustache. As he speaks with DW, he leans against the boat railing and watches as a soldier in overalls stows a machine gun into one of the boat's lockers.

Agricultural scientist Tony Rinaudo battles desertification in Tanzania by reviving the stumps of trees felled to create agricultural land. His methods are helping slow the advance of desert sands. (19.12.2016)

The nomadic Hadza of Tanzania are turning to a modern technology to defend their land and traditional way of life. (08.12.2016)

Fishing for survival in Senegal

Senegalese fishermen are under threat from foreign trawlers, which are accused of taking twice their permitted catch. This not only robs locals of their livelihoods but upsets the marine ecosystem. (28.11.2016)

Fighting climate change on the airwaves

Sixteen-year-old Getrude Clement is trying to help the planet with her radio show about how climate change affects children in her Tanzanian hometown. (04.08.2016)

"When we catch fishermen, they try to hurl their bombs into our boat," he said. "Then, we have to fight back."

About 6 kilometers (4 miles) off the coast, the helmsman turns off the engine. The waters are a deep blue out here, and the depth gauge points to 44 meters (144 feet).

"Dynamite fishermen come out here because there are plenty of tuna fish," explained Kilulu.

On a wooden boat bobbing nearby, 10 people, including children, are pulling a net out of the water. Probably a family of fisherman - no dynamite fishers here, said Kilulu: "They always wear diving suits and flippers," he explained.

Out at this depth, dynamite fishermen work with scuba tanks, usually so dilapidated that they leak oxygen when handled carelessly. No one knows exactly how many people have died out on these waters fishing with dynamite.

Kilulu and his team head back into shore. No dynamite fishermen showed up today, but at least "we made our presence known," said Kilulu.

The MATT task force has also recently begun using undercover agents to infiltrate the dynamite dealers, in an attempt to track down the ringleaders.

According to Kilulu and his colleagues, this is the only way, that they can end the dangerous method and protect the reefs.