On APEC summit sidelines, Obama leans on Putin over peace for Syria and Ukraine

In what could be their last official meeting, the Russian and US presidents have held talks on the sidelines of the APEC summit in Peru. Topics raised included the conflicts in Syria and Ukraine. 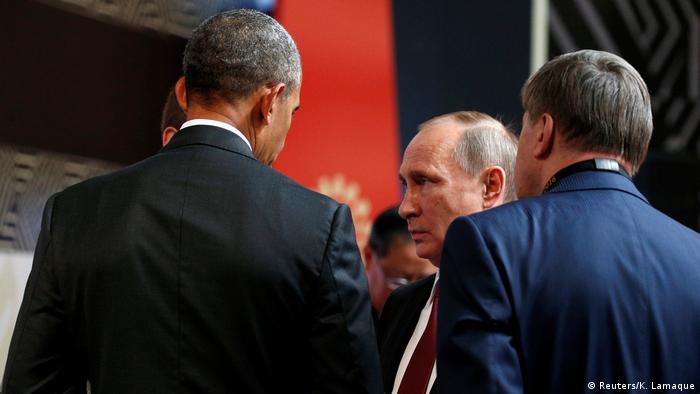 US President Barack Obama urged Russian President Vladmir Putin to end violence in war-torn Syria and uphold Russia's peace commitments in Ukraine during a brief talk on the sidelines of an Asia-Pacific Economic Cooperation (APEC) summit in Lima on Sunday.

"The president urged President Putin to uphold Russia's commitments under the Minsk agreements, underscoring the US and our partners' commitment to Ukraine's sovereignty," according to a White House official.

"On Syria, the president noted the need for Secretary (John) Kerry and Foreign Minister (Sergei) Lavrov to continue pursuing initiatives, together with the broader international community, to diminish the violence and alleviate the suffering of the Syrian people."

"It was stressed that the remaining two months should be used to continue the search for the ways of a settlement in Syria. In this context, they agreed that Russian Foreign Minister Sergey Lavrov and US Secretary of State John Kerry will continue their contacts," he said, according to state news agency Tass.

Time running out for Aleppo

The Syrian comments came shortly after the UN's Syria envoy, Staffan de Mistura, warned that time was "running out" for eastern areas of Aleppo. 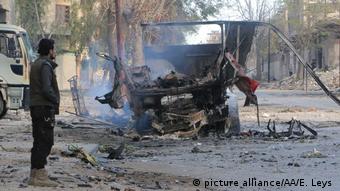 Moscow, more than a year into a military campaign supporting President Bashar al-Assad's government, has denied involvement in the current assault on the city, claiming it is instead focusing on a neighboring province.

Putin held bilateral meetings with the leaders of China, Japan and the Philippines at the APEC meeting.

A draft version of the closing APEC statement praised open markets, denounced protectionism and warned that curbing free trade would slow the ongoing recovery of the world economy.

The wording was in stark contrast to US president-elect Donald Trump's fiery anti-globalization speeches while he was on the election campaign trail. 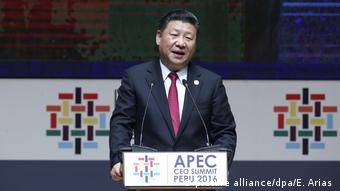 Trump has vowed to kill off Obama's signature trade initiative, the Trans-Pacific Partnership, which was negotiated among 12 countries.

China's Xi Jinping has styled himself as the anti-Trump at this week's summit, defending open markets and offering leadership on other trade agreements to rival TPP.

China's relationship with US 'at hinge moment,' says Xi

Chinese President Xi Jinping has said he hopes for a "smooth transition" in ties with the US after a final meeting with Obama. Xi pledged further economic openings in his country as APEC leaders sought new trade options. (20.11.2016)

China lauded its regional trade deal at the annual APEC summit in Manila. The call comes amid heightened tension in the region between Beijing and Washington, which is promoting its own trade deal among allies. (18.11.2015)

Delegates attending the Asia Pacific Economic Cooperation Forum in Lima, Peru, have demanded free trade policies continue. With the Trans-Pacific Partnership in trouble, other options are on the table. (19.11.2016)