The penultimate day of Rio 2016 had plenty of drama on the soccer pitch and in track and field. A javelin gold for Germany's Thomas Röhler was among the surprises but elsewhere Mo Farah and the US continued to dominate. 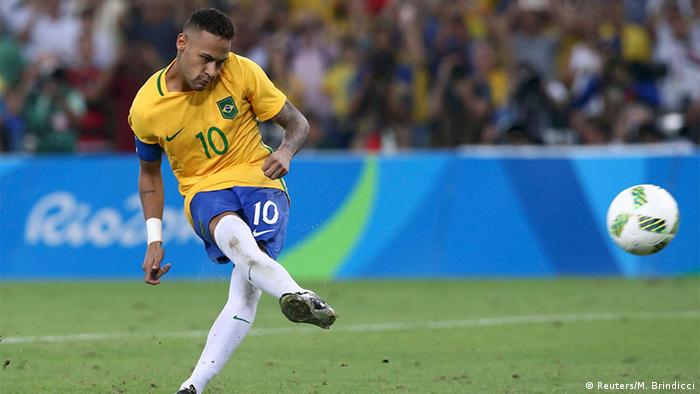 The Rio Olympics have been crying out for major domestic success to help lift the mood after a series of controversies and Neymar's men's soccer team delivered after a hard-fought clash with Germany.

Amazingly for the soccer powerhouses, this was their first men's Olympic gold but there was nowhere better to achieve the feat than a packed Maracana, which offered the cracking atmosphere lacking at so many venues during these Games.

The 5-4 win on penalties following a 1-1 draw was sealed by poster boy Neymar, who broke into tears after converting the decisive spotkick.

Day 15 of the Rio Games was indeed a day of high drama. Britain's Mo Farah followed Usain Bolt's triple treble lead by securing a double double of his own, retaining 5,000 meters gold in style to add to the 10,000 title he defended earlier in the Games.

His running looks effortless and he seems to be able to find countless extra gears whenever he needs to. Tokyo 2020 beware, another triple treble may be on its way. 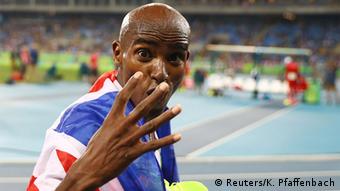 Farah's gold was also remarkable because it meant Britain drew level with the tally of 65 medals they won in London 2012 as hosts, when they had been considered to over perform.

They later won a bronze in the 4x 400 meters women's relay to beat that figure and sit second in the medals table between the United States and China. London was not a fluke after all.

Caster Semenya triumphed in the women's 800 meters to prove the South African is a class above the rest. With question marks about her gender now long forgotten after her 2009 world title was marred by a gender-testing probe, she could finally lap up the congratulations of the crowd without fear.

The track action felt very much like it was straight out of a Hollywood movie. Surprise golds in javelin for Germany's Thomas Röhler and in the 1,500 meters for American Matthew Centrowitz added flavor to a Games warming up in its dying embers before Sunday´s closing ceremony.

Women's track star Allyson Felix picked up her sixth Olympic gold overall in the women's 4x 400, a day after also leading the US to victory in the 4x 100. It all partly made up for her failure to bag individual gold this time. It was the US women's sixth straight gold in the 4x 400.

In the men's 4x 400 it was also a familiar story with the US dominating again in the final track action of Rio 2016. It is a dynasty to end all dynasties.

The women's basketball had a pattern as well. Yes, you guessed it, the U.S. won gold for the sixth straight time after defeating Spain 101-72.

The men hope to repeat the feat on Sunday against Serbia in one of the final set pieces before the closing ceremony wraps up an intriguing Games, where the exploits of superhuman athletes have helped save the event from being eaten up by its various controversies.

Röhler triumphs in javelin for Germany

German beats defending champion Keshorn Walcott (bronze) thanks to a mammoth throw. Röhler was not the favorite but had shown promise before Rio. (21.08.2016)

Rio Olympics Day 15: As it happened

On the final full day of track and field events, the US took the relay honors and Mo Farah sealed a second gold in the 5000m. Brazil triumphed as hosts in the men's football. (20.08.2016)