Against the stereotypes, the latest Olympic scandals have nothing to do with the host country’s culture of corruption. Rather, Brazil is eager to show it’s on the right side of the law. Astrid Prange reports from Rio. 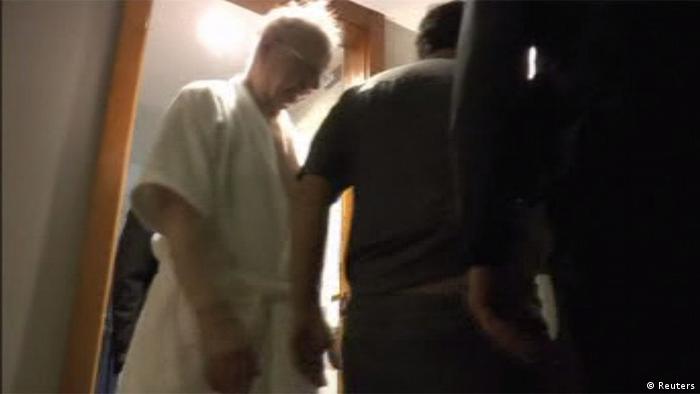 How useful is Rio de Janeiro's bad image? Anything is possible at the Copacabana - robberies, shootings, traffic accidents, kidnappings. Given all the supposed chaos in Brazil, who would notice one incident more? In the midst of the Olympic Games, Brazil's justice system and the police force appear to want to shed this image once and for all. On Wednesday, they cracked down on organized crime - not among the drug gangs in the city's ghettos, but among members of the International Olympic Committee (IOC), as well as the US swimming delegation.

Among the prominent international guests taken into custody by police is Patrick Joseph Hickey, the president of the Olympic Council of Ireland and IOC executive. The 71-year-old was found to have 823 tickets for Sunday's closing ceremony in Maracana Stadium, and for the soccer final between Germany and Brazil on Saturday. 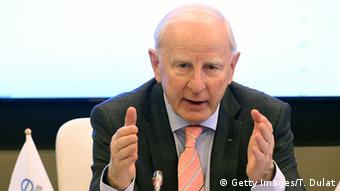 Hickey is accused of illegally reselling tickets to the Summer Games at horrendous prices. He reportedly sold tickets to the opening ceremonies on August 5 for up to 8,600 dollars, when the most expensive tickets actually cost around 1,000 dollars. In addition to Hickey, arrest warrants were issued for seven other suspected members of the ring from the Netherlands, Ireland, and England.

And that's not all. At Rio's international airport, police pulled two members of the US swim team - Gunnar Bentz and Jack Conger - off their return flights to the United States. Contradictory statements from the swimmers about the events of a robbery they say targeted them and teammates Ryan Lochte and James Feigen have raised questions with investigators. They've since been released, but police say they want to question them further. Lochte flew back to the US on August 15, while Feigen's current location has not been revealed by the US delegation out of "security concerns."

"I'm so angry about the lies that have been spread by the American swimmers," said Brazilian jiu-jitsu martial artist Renzo Gracie. In a message to his friends, he wrote that Lochte made up the robbery in order to avoid an argument with his girlfriend. His allegations were later published in the Brazilian magazine "Veja."

Rio is to blame for everything 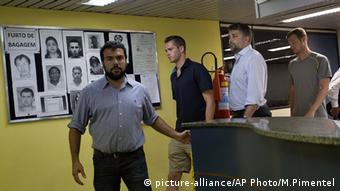 Gracie was especially irritated by the hurried apology that the Brazilian organizing committee for Rio 2016 issued to the American delegation. "Lochte is giving one interview after another to spread these lies. How can this be? I want the authorities to get to the bottom of this and for him to apologize for the things he's said about our city," Gracie said.

Brazilians do not joke around when it comes to corruption and fraud. For four years now, the country has been going through a painful reform process; many top politicians and business managers have been arrested in connection with corruption scandals. Brazilian President Dilma Rousseff will likely be removed from office next week over accusations of corruption and violations of budget regulations.

Brazil's judiciary isn't just combing through domestic matters, it's also tackling international events. During the 2014 soccer World Cup, employees and directors of the FIFA contract partner "Match Services" were arrested, also for scalping tickets on the black market. Now, IOC members appear to be carrying on the same schemes during the Olympic Games. Brazil's judiciary made it clear last week that it doesn't trust the IOC. It barred officials from the City of Rio, the State of Rio and the government in Brasilia from using public funds to cover the organizing committee's deficits. There is no duty to compensate financial shortfalls for private organizations, like the committee, especially given the fact that, so far, the committee has failed to comply with demands to make its finances public.

Brazil's interim president, Michel Temer, has been named as the recipient of a large donation from jailed construction tycoon Marcelo Odebrecht by the magazine Veja. Temer's spokesman says the support was "all legal." (07.08.2016)

Luiz Inacio Lula da Silva, Brazil's former president, has been charged with allegedly trying to obstruct the embezzlement probe into oil company Petrobras. Silva's lawyers have said his human rights have been violated. (29.07.2016)