Brazil′s judiciary defies the IOC | World | Breaking news and perspectives from around the globe | DW | 16.08.2016 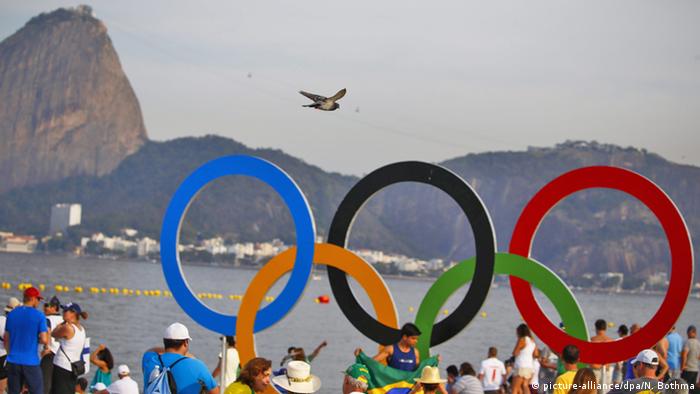 A red card for Rio: At the high-point of the Olympic Games, Brazil's judiciary has prohibited the transfer of public money to the local organizing committee. It is a significant escalation in the funding crisis surrounding the world's biggest sporting event.

The Brazilian government and the city of Rio de Janeiro wanted to supply some 75 million euros ($85 million) to the local organizing committee to ease the Games' financial bottleneck. The new influx of cash would have guaranteed funding for the closing ceremony on August 21 and the Paralympics, which run from September 7 to 18.

Money out of the hands of the organizing committee

Brazil's judiciary wanted to put a stop to what they saw as a misuse of public money in the midst of the country's economic crisis. "There is reason to doubt that the planned transfer or already-transferred public funds would come with the necessary transparency and accountability," read the judiciary's decision, which was obtained by DW.

Once the money is in the hands of the organizing committee, the decision read, then there is no longer any chance for the public to control its use. 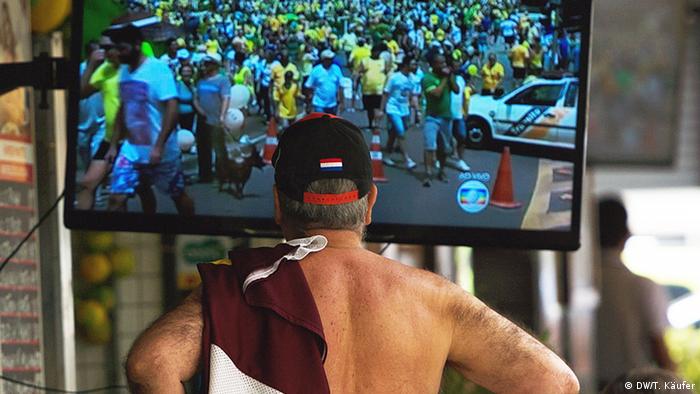 Brazil in political turmoil: Protests against Lula and Dilma Rousseff

Federal Judge Marcia Maria Nunes des Barros therefore banned the Brazilian government and the city of Rio from "transferring any public funds to the organizing committee." But she went one step further, adding: "If the organizing comittee has already received funds, they must not be spent."

No money, what now?

The world's media, which have gathered in Rio for the games, are scratching their heads in disbelief. What motivated Brazil's judiciary to make such a decision during the Olympics? Now the financial security of the closing ceremony later this month and the Paralympics in September is in danger. Many paralympic athletes depend on financial grants to take part in the games. Competitors from multiple countries have been waiting two weeks for money to cover their travel costs. Without these funds, they cannot compete.

Such a significant financial predicament is hard to believe at first glance, but it is the result of a years-long power struggle with the International Olympic Committee (IOC). The IOC requires every host country to cover potential funding deficits relating to the organizing of the games.

From the Brazilian point of view this is an unreasonable requirement, even if it is one agreed to by all host countries, including Brazil. In August 2015, the government in Brasilia withdrew a corresponding law. Instead of resorting to public funds, the Rio organizing committee should be committed to responsible and transparent financial management. 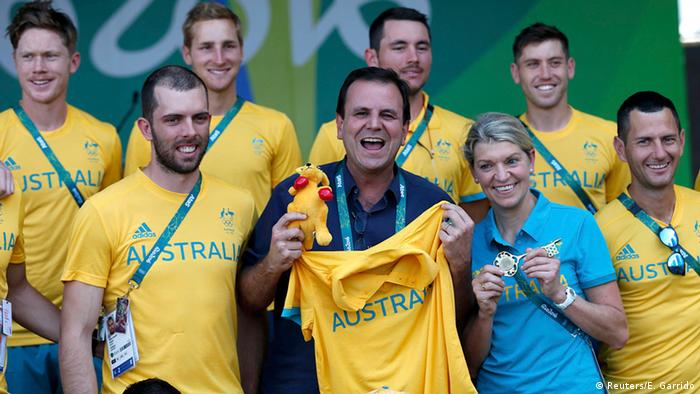 Rio Mayor Eduardo Paes feels this requirement has been fulfilled.

"We have not needed much public money and construction projects were completed on time, so we have earned a gold medal for that," he said, adding all expenditures for the Olympics were transparent to the public.

Brazil's judiciary was not impressed by the self-praise.

"The mayor will have to fully substantiate his claims," said a spokesman from the Brazilian prosecutor's office in Rio. "The judiciary decides."

Paes has already announced his intention to appeal the decision.

"The city has is committed to providing the necessary funds to the organizing committee and that is what it will do," he said, adding that that one of the reasons the Paralympics were having financial difficulty was that too few tickets had been sold for the Games.

Sponsors are not always private

The organizing committee denied ever receiving public funds in its statement to the Brazilian judiciary.

The "private funds," however, are only private at first glance. Two of the biggest sponsors are Brazil's postal service ECT and the export agency APEX. Both, the organizing committee admitted to the judiciary, are state-owned.

It cost roughly 10 billion euros to organize the Olympics in Rio. The budget of the so-called "responsibility matrix," which exclusively covers the organizing of the games, amounts to around 1.7 billion euros. 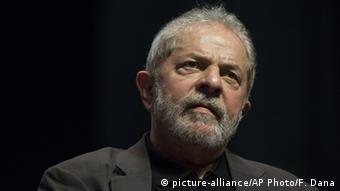 Former president Lula: "They forgot me."

When Brazil's former president, Lula, made this and other promises when the games were awarded in 2009, the sums described seemed manageable. But Brazil's economic boom is over, and sport now seems to be a welcome distraction from the country's ongoing political crisis.

Japan's Prime Minister Shinzo Abe, who is traveling to Rio for the closing ceremony on August 21, is taking on this responsibility by himself. He wanted to celebrate handing over the Olympics to its next host city, Tokyo, alongside President Dilma Rousseff.

Lula: 'Without me there would be no Olympic Games in Rio'

Rousseff will not be there, however. Current Vice President and Acting President Michel Temer will also be absent. Temer does not want to expose himself to the inevitable boos from the public in Rio's Maracana Stadium, while Rousseff does not want to sit a row behind the man who helped engineer her ouster.

Lula was also not invited.

"They forgot me; without me there would be no Olympic Games in Rio," the former president said during a labor union event in the city of Santo Andre. "We defeated Madrid and Tokyo at that time, and that's not half bad."

Brazil's Senate has voted to send President Dilma Rousseff to an impeachment trial on charges of breaking budget laws. A majority of lawmakers in the 81-seat chamber have decreed the trial would begin later this month. (10.08.2016)

The IOC must be 'more flexible,' German sports economist urges

In view of a dwindling number of countries willing to host the Olympic Games, German sports economist and gold medalist Wolfgang Maennig urges the IOC to lower its standards and give host nations more financial support. (03.08.2016)

The International Paralympic Committee has ruled that Russia will not take part in the Rio Paralympics. IPC chief Philip Craven pulled no punches in his rebuke of what he called systemic and systematic Russian doping. (07.08.2016)

FIFA banned Russia after the IOC called on sports federations to act. The International Paralympic Committee is facing tough decisions ahead of the first major global sporting event since Russia's invasion of Ukraine.

On a packed day of medal events in Tokyo, Brazil started strongly, winning the first golds in both track and field. Friday also bought huge success for China and Great Britain.