Oktoberfest attendance bounces back after 2016 low

After having its lowest level of visitors in 15 years in 2016 due to security fears amid terrorist threats throughout Europe, this year's Oktoberfest once again exceeded its annual average of 6 million attendees. 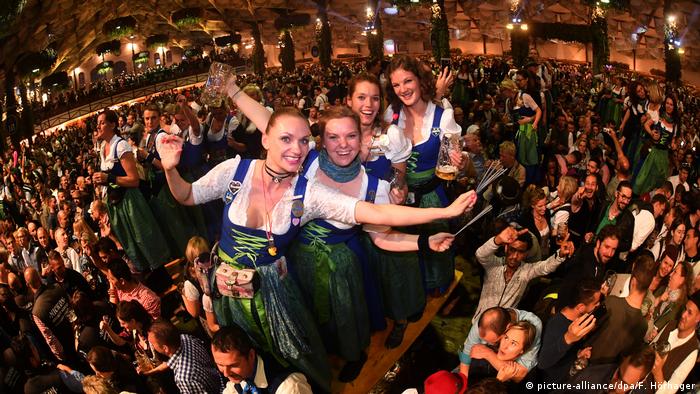 With 6.2 million visitors, Oktoberfest bounced bank after a series of terrorist attacks on German soil in 2016 pushed numbers down to 5.6 million, announced the festival's chief organizer Josef Schmid on Tuesday.

The world's largest beer festival took place without any major security incidents, in a "relaxed and comfortable" environment, said Schmid.

Munich police chief Marcus da Gloria Martins said that though the event had passed off largely peacefully, the number of beer glass fights, drug crimes and sexual assaults had gone up. Martins added that the rise was likely due to increased and more comprehensive video surveillance.

Visitors from all over the world congregated to the festivities on the "Wiesn." Guests from the US, the UK, Austria, France, Switzerland, Australia, the Netherlands, Italy, Spain and Denmark made up the Top 10.

Oktoberfest, which ended this year on German Unity Day, also involved the consumption of around 7.5 million litres of beer, as well as 127 oxen and 59 calves.