Prince Philip, the Duke of Edinburgh has died at the age of 99, Buckingham Palace announced on Friday.

A tweet from the official royal family account confirmed that the prince "passed away peacefully" at Windsor Castle, after having been treated for a preexisting heart condition earlier this year. He was released from the hospital on March 16.

Prince Philip was often described as having old-fashioned charm, but he was equally renowned for his outdated, politically incorrect sense of humor, one that made him somewhat prone to gaffes. He was a throwback to another era, one that valued the stiff upper lip, and no doubt took it in stride when his mother-in-law, the Queen Mother, referred to him as "The Hun" — and not always in jest.

He was born Prince Philip of Greece and Denmark in 1921. It might be hard to imagine nowadays just how controversial his German connections were when he married the young Princess Elizabeth in Westminster Abbey in November 1947, with the trauma of World War II still fresh in England's mind. 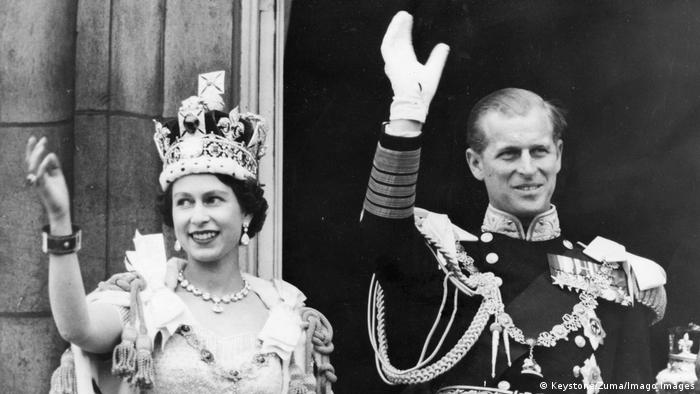 But theirs was a genuine royal romance. At the wedding breakfast, King George VI said: "Our daughter is marrying the man she loves."

The fifth and final child, and the only son, of Prince Andrew of Greece and Denmark and Princess Alice of Battenberg, Philip was a descendant of the Danish-German house of Schleswig-Holstein-Sonderburg-Glücksburg. He was born in Corfu, but against the backdrop of the Greco-Turkish war, his family was exiled from the country when he was a baby.

Philip had an itinerant childhood and was educated in France, Germany and Britain. He only became a naturalized British subject in 1947, when he took the name Mountbatten, an Anglicized version of his mother's family name.

When Elizabeth ascended to the throne in 1952, protocol dictated that Prince Philip must always walk a few steps behind her. Although he famously struggled to accept the constraints of life as the consort to Queen Elizabeth, he eventually carved out his niche and came to be seen as the backbone of the royal family.

Some observers speculated that Philip's outspokenness was a way of compensating for his supporting role. Others have said that speaking his mind was his attempt to lighten the mood — an attempt that wasn't always successful.

Philip's propensity for blunders led to countless headlines and official apologies from Buckingham Palace. In 1997, for example, he called then German Chancellor Helmut Kohl "Reichskanzler" — the title used by Adolf Hitler.

He was equally blunt behind closed doors, allegedly once threatening to throw the queen out of the car because she complained he was driving too fast. 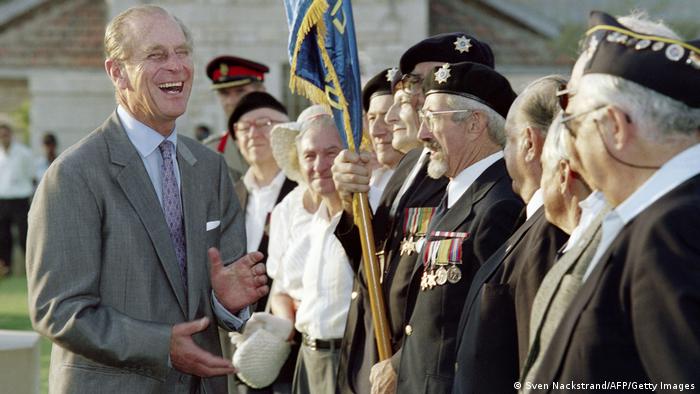 Famous for his faux pas, he was also notable for his quips. While touring Australia, he reportedly met a man who said: "My wife is a doctor of philosophy and much more important than I am."

"Ah yes, we have that trouble in our family too," Philip responded.

Occasionally his jokes were barbed. "It's a pleasure to be in a country that isn't ruled by its people," he told Paraguayan dictator Alfredo Stroessner in 1963.

And in 1967, after being asked if he would like to visit the Soviet Union, he said: "I would like to go to Russia very much — although the bastards murdered half my family."

Philip's family background haunted him throughout his life. His German roots meant that many in the UK were unwilling to trust him, despite his having served in the British Royal Navy during the war. 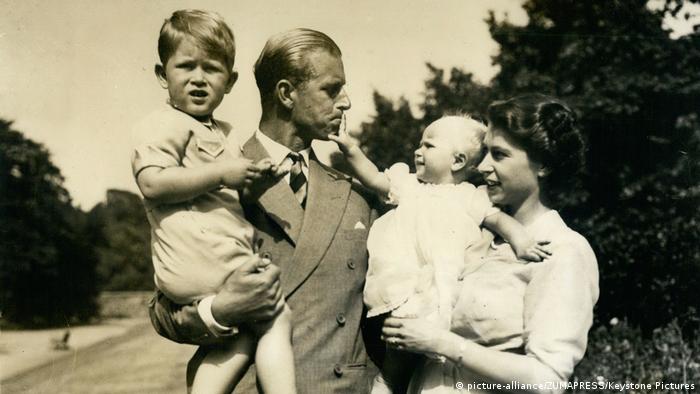 In 1956, his plans to set up the Duke of Edinburgh's Award, aimed at inspiring young people to challenge themselves physically and mentally and build their confidence through non-academic activities, met with a less than enthusiastic response from the education secretary at the time.

"I hear you're trying to invent something like the Hitler Youth," said David Eccles.

Philip always struggled to shake off his German links. While he was still at school in the United Kingdom and living with his British relatives, including his maternal grandmother at Kensington Palace, his four sisters married German princes with Nazi ties.

Philip's childhood was marked by tragedy. At an early age, his mother was diagnosed with schizophrenia and placed in an asylum. Philip had little contact with her for the remainder of his childhood.

In 1933, he was sent to a boarding school in Germany owned by the family of his brother-in-law, Berthold, Margrave of Baden. With the rise of the Nazis, the school's Jewish founder, Kurt Hahn, fled persecution and founded Gordonstoun School in Scotland. Philip was sent there after just two terms in Germany.

After leaving Gordonstoun in early 1939, Philip trained for the Royal Navy. He first met Elizabeth when he was 18 and she was 13, on a tour of the naval college with her father King George VI. They began exchanging letters and eventually fell in love. In 1946 he asked for her hand in marriage and the king agreed. Philip's sisters were not invited the wedding.

The marriage lasted over seven decades and despite inevitable rumors, was, to all appearances, remarkably free of scandal.

"Their life together was always built on regular separations. They were not a soppy couple," said royal historian Robert Lacey. This allegedly included separate bedrooms early on.

One passion the royal couple always shared is a love of horses, although Philip was rumored to be less keen on his wife's cherished corgis. He didn't hide his likes and dislikes, hence his reputation for rudeness.

But the prince had a lot to contend with. In the early years, Philip was furious at his own lack of influence. When Prince Charles was born in 1948 and Philip was told by the palace that he was not allowed to pass on his surname of Mountbatten, he shouted "It makes me an amoeba, a bloody amoeba!"

But while the queen is head of state, the Duke of Edinburgh was, until his declining health prevented it, a leading member of The Firm, as the royal family is known — a term attributed to Prince Philip himself. 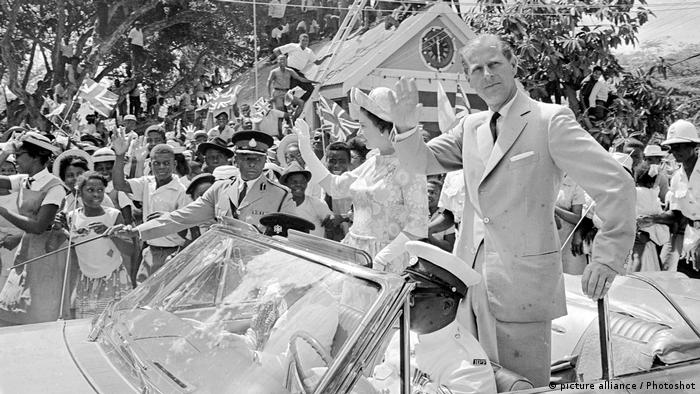 Philip accompanied the queen on most of her royal visits, but also made more than 600 solo overseas trips

After a lifetime of public service by the side of Queen Elizabeth, Philip finally retired from royal duties in 2017 at the age of 96.

Over the decades, he stoically carried out 637 solo overseas visits, gave almost 5,500 speeches and served as patron, president or member of more than 780 organizations. "I reckon I've done my bit so I want to enjoy myself a bit now," he said shortly after announcing he would be stepping down.

With the death of Prince Philip, the longest-serving consort in British history, the monarchy has lost a colorful figure whose strong supporting role has been a reassuring symbol of continuity during many turbulent times.

The queen wrapped up her official visit to Germany with a trip to the Bergen-Belsen concentration camp. She met with survivors of the only camp liberated by the British army.

The Queen in Frankfurt: long wait for a quick wave

On the third day of her Germany trip, the Queen visited Frankfurt. Fans waited for Her Majesty for hours and gave her a warm welcome in the summer heat. Elizabeth II. also learned about the cradle of German democracy.