US President Barack Obama has spoken to Chancellor Angela Merkel, promising to "substantially" support efforts to ease the refugee crisis. His pledge came ahead of a planned donor conference, which Merkel is to co-host. 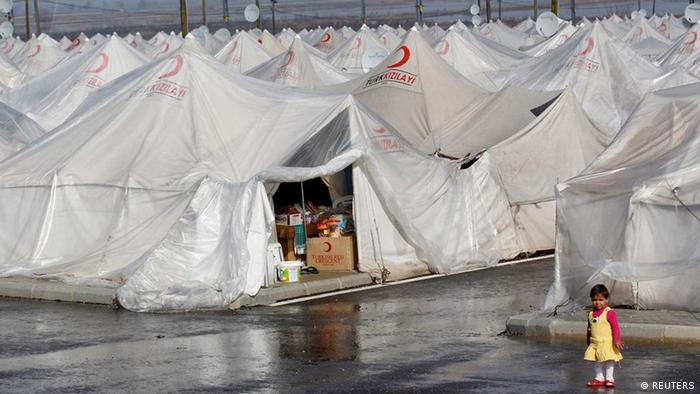 The two leaders spoke by telephone on Thursday, the chancellor's spokesman Steffen Seibert said, with Merkel laying out the goals of the planned donor conference.

Obama and Merkel were said to have agreed that there could only be a political solution to the Syrian civil war, and that a concerted effort was needed to address practical issues in Syria and surrounding countries.

"The president promised that the US government would contribute substantially," Seibert said in a statement.

Merkel is due to co-host the donor conference in London on February 4, which aims to attract financial aid for Syrians who have fled their homes amid the civil war.

In the phone conversation, Obama said he also hoped to host a summit for world leaders in September, to secure new commitments to help address the issue.

"The two leaders committed to working together over the coming months to help protect and provide for the millions of people whose lives have been upturned by war," the White House said.

Politicians who met in the Swiss resort of Davos said on Thursday that the European Union could fall apart without a common approach to the refugee crisis and security challenges.

Merkel has been a keen advocate of an EU-wide approach. Despite having promised to "measurably reduce" arrivals this year, she has refused to introduce a cap on refugee numbers, saying that would require Germany to close its borders.

Austria on Wednesday said it was fixing a limit to the number who could claim asylum there. However, Merkel has described that decision as "not helpful" in the context of reaching agreement on stemming migrant numbers in negotiations with Turkey.

By Thursday, Austrian politicians appeared to be backpedaling on the idea, describing the limit as more of a guideline.

Turkey houses some 2.2 million refugees from the conflict in Syria, with concern mounting about living conditions in refugee camps, and the number of migrants seeking to move on to the EU. Millions of others are living as refugees in Lebanon and Jordan, with others internally displaced within Syria itself.