Austrian politicians backpedal on refugee limits | Europe | News and current affairs from around the continent | DW | 21.01.2016

Wednesday Austria's top politicians announced a cap on the number of asylum-seekers entering the Alpine country in 2016. By evening, they were already pulling back on that bold statement. By Thursday, they abandoned it. 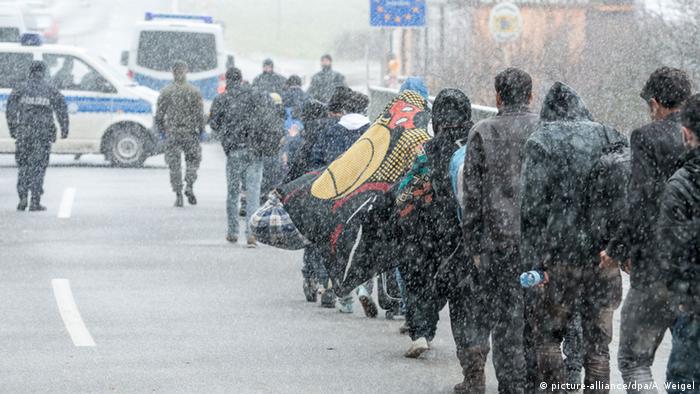 "I see this agreement as being about putting measures in place to keep the numbers of refugees down," Peter Doskozil, the in-coming defense minister, told Austrian broadcaster ORF Thursday morning.

Doskozil's explanation of the country's controversial announcement was only a short step away in logic from Chancellor Werner Faymann's description of the 37,500 cap as a "guideline." Or the declaration by Gerhard Zapfl, the influential mayor of border town Nickelsdorf, that Wednesday's announcement was a matter of "sending a signal." 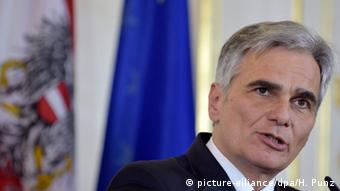 The immediate backpedaling came after human rights experts, including the European Fundamental Rights Agency, said limiting asylum-seekers is against the Geneva Convention and EU law.

"Clearly under EU law, you must deal with every asylum request that comes your way," Steve Peers, a law professor at the University of Essex, told DW. "I can't see how Austria's announcement is legal."

That apparently is how Doskozil, a trained lawyer, sees it as well.

"From my view of the law, it's not allowed to send back people who have requested asylum," he said.

Moreover, refugee advocates called the idea simply unworkable. Around 300 people ask for asylum every day. At that rate, Austria will reach its upper limit by May.

"What are they going to do when the 37,501st person has arrived?" asked Martin Gandner, a spokesman for Caritas Vienna. "It hasn't been explained."

Caritas and Red Cross both called the plan "legally questionable" and unworkable, asking whether the Austrian army was willing to use violence or tear gas to keep people out.

Moreover, they charge that by blocking legal means to enter the country, government officials will merely be forcing migrants to use smugglers. "We'll be going back to the days of finding dead people in the back of vans," said one refugee worker, referring to the 71 refugees who suffocated in the back of a truck last summer. 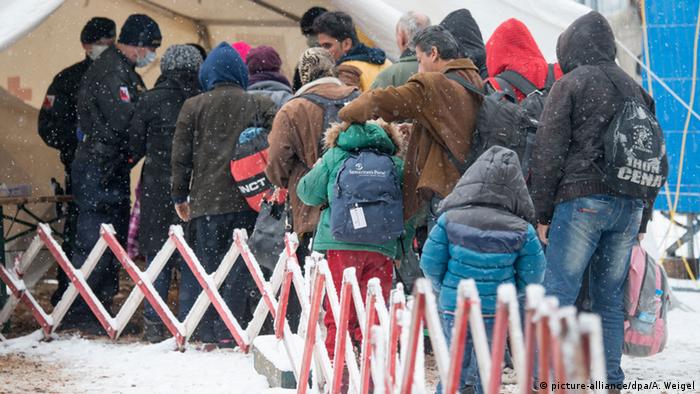 Refugees on the German-Austrian border

Lack of solidarity from elsewhere in EU

But Interior Minister Johanna Mikl-Leitner told Austrian broadcaster ORF migrants would be sent to so-called "hot spots" where they would be taken care of, or sent back to Slovenia.

She defended the country's actions by saying the nation of nearly eight million people were overwhelmed after taking in 90,000 asylum seekers in 2015. 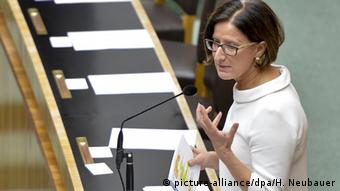 The drastic measures are only necessary, Mikl-Leitner said, because of the failure of EU member states to reach a collective solution. "I miss the hospitality and readiness to help from other EU countries," she said.

Gandner agreed. "It's wrong for Germany or Austria or Sweden to be contemplating upper limits when 26 other countries haven't even hit a lower limit."

The discombobulated response comes because the mood of the country has changed. Faymann for months has been staving off calls from the far right to limit refugees.

Last November, far-right politician Hans-Christian Strache said if he were in power he would close Austria's borders and "send in the army to support Slovenia. I'd react like [Hungarian Prime Minister Viktor] Orban and would be sending clear signals: We can't take these thousands of people every day." 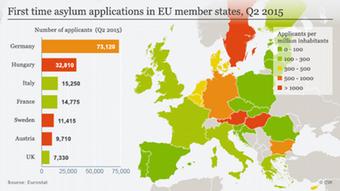 After Strache's party cleaned up in local elections last year, Vice Chancellor Reinhold Mitterlehner and others in the conservative party began leaning right. By early January, they began steering away from coalition policy and putting heavy pressure on Faymann to relent.

Thursday, Strache tweeted an "I told you so" to his political opponents.