A former NSA technical chief has told Germany's parliament that the US agency has become a "totalitarian" mass collector of data. German public broadcasters say the NSA targets individuals who use encryption services. 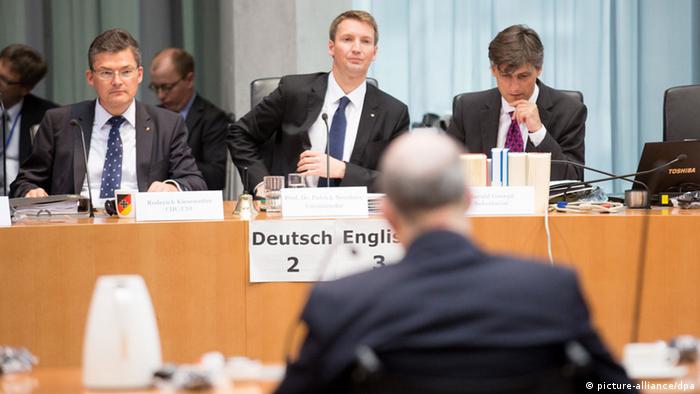 Former NSA technical head William Binney described the US National Security Agency in Berlin on Thursday as an entity that had abandoned every rule-of-law principle and breached the democratic freedoms of citizens.

Binney was the first American insider to testify to the German Bundestag's newly formed NSA inquiry committee, which is pursuing three questions, including whether German intelligence services had worked with the NSA. 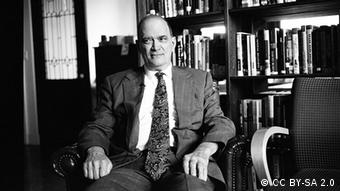 Testifying, Binney accused the NSA of having a "totalitarian mentality" and wanting "total information control" over citizens in breach of the US constitution. It was an approach that until now the public had only seen among dictators, he added.

Mass collection was "senseless" and did not help in counterterrorism, and actually hindered the agency's capabilities, Binney said.

The NSA represented the "greatest threat" to American society since the US Civil War of the 19th century, Binney added.

Binney left the NSA as its technical chief in 2001 shortly it began mass scanning in the wake of 9/11 hijack attacks by al Qaeda terrorists on New York and Washington.

Another former NSA staffer, Thomas Drake, who left the NSA after trying to use official complaint channels, told the inquiry that almost all data that transited Germany was accessed by the NSA and Germany's BND foreign intelligence service -- or the NSA alone.

The US government was exercising the ultimate form of control, Drake said, adding that the German BND's silence on the issue was "terrible."

"The public has a right to know what the NSA does," he said, according to a quote from the hearing delivered by the German DPA news agency in German.

Drake said the United States would soon become a "real surveillance" nation in which the private lives of individuals were becoming more and more the property of the state.

On Wednesday, the Privacy and Civil Liberties Oversight Board (PCLOB), a panel appointed by US President Barack Obama, defended the NSA's vast foreign intelligence data sweeps.

Two of Germany's major public broadcasting channels, NDR and WDR, reported simultaneously on Thursday that the NSA was apparently spying specifically on individuals who use encryption and anonymization procedures to hide data flows.

Details of those individuals, including IP addresses, for example those trying to work around internet censorship in Iran, were filtered out and ended up in a special NSA database, the report said.

The channels said the student Sebastian Hahn -- based in Erlangen in Germany's southern state of Bavaria -- was targeted by the NSA because he operated a server as part of Tor, a network for users trying to make their internet activity untraceable. Alone Hahn's Tor server was used by "hundreds of thousands" daily, the broadcasters claimed.

Hahn on his internet blog said he was shocked that in the wake last year's whistle-blowing by exiled former NSA contractor Edward Snowden that the NSA had focused its spying on innocent individuals as if the practice were normal and matter-of-fact.

The German section head of the journalists' network Reporters Without Borders, Christian Mihr, said media workers and rights activists used such networks and their targeting by the NSA exhibited the "complete cynicism" of US surveillance practices.

Binney told the committee that the joint NDR-WDR report was plausible.

Mihr demanded that Merkel's coalition government end its tactic of trying to "sit out the NSA scandal" and excluding areas of inquiry.

"We don't know much about the NSA," Sensburg said.

During Thursday's session, four conservative inquiry committee members used their votes to block a live transmission of Binney's testimony on the Bundestag's own parliamentary video channel on the Internet, according to the news agency AFP.

The Social Democrats' Fliesek objected to what he called the conservatives "hard stance" and said he would continue to push for live transmissions from the inquiry.

Pirate Party spokesman Kristos Thingilouthis said persons who used digital tools to avoid surveillance were being treated by the NSA as "terrorists."

Katharina Schulze, the internal affairs spokeswoman for the Greens deputies in the Bavarian state assembly, said the German state as a whole was all the more neglecting its obligation to protect citizens from "shameless" NSA surveillance.

A Greens member of the federal Inquiry committee Konstantin von Notz said it was "perverse" that German government had recommended that citizens protect themselves by encrypting their data only to find themselves under observation.

Veteran Greens parliamentarian Hans-Christian Ströbele, who visited Snowdon in Moscow last October and has sought his appearance before the Berlin inquiry, said no longer could anyone in Germany claim that documents from Snowden were false.