Whistleblower Edward Snowden has rejected a German request for a meeting in Moscow, where he is living under temporary asylum. Snowden's lawyer told DW that German intelligence has downplayed its ties to the NSA. 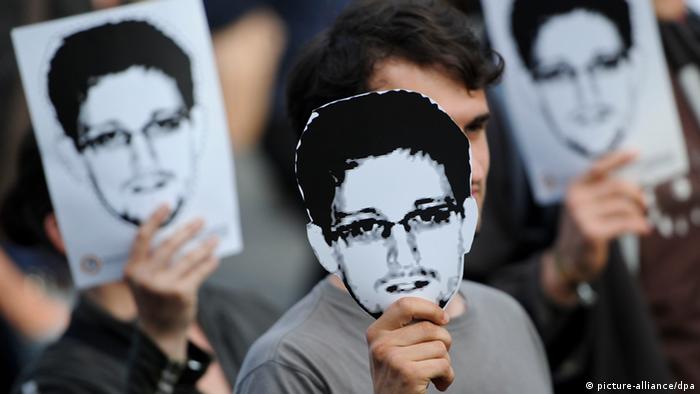 In a letter to German lawmakers, Snowden's Berlin-based lawyer, Wolfgang Kaleck, dismissed their request for an informal meeting with the former intelligence official in Russia.

There was "no room or need for an oral, 'informal' meeting in Moscow," Kaleck wrote, adding that a hearing "in the desired form" is only possible in Germany.

The German parliamentary inquiry was set up to investigate alleged operations by the US National Security Agency (NSA), under which Snowden had worked as a contractor. Snowden's various revelations on NSA surveillance caused a worldwide public outcry about intrusions of privacy.

The allegations have prompted particular worry in Germany, a country with relatively fresh memories of oppressive secret services both during Adolf Hitler's reign and in former communist East Germany.

No testimony in Berlin

Opposition lawmakers have demanded that Snowden be allowed to come to Berlin and testify, but the German government has said doing so would hurt relations with the United States. It is also not known if such a move would jeopardize Snowden's immigration status in Russia, where his temporary asylum runs until the end of July.

Parliamentarians from the two main parties in Merkel's ruling coalition, the Christian Democratic Union (CDU) and the Social Democratic Party (SPD), had wanted to hold an "informal discussion" with Snowden in Moscow in preparation for a formal hearing.

The United States wishes to try Snowden on espionage charges and has issued an international warrant for his arrest.

Snowden has only testified live once before to legislators, speaking by video hookup from Moscow on April 8 to a committee of the Council of Europe in Strasbourg, France.

"I think that relationship has been underplayed and downplayed by the BND here, until these documents came out...They have been close partners for a long time, and despite the fact that Germany was also a target, it was also a close partner relationship," Jesselyn Radack said.

For an extended version of Radack's interview, view the video at the top of this story.