Snowden leaks only tip of the iceberg | News and current affairs from Germany and around the world | DW | 05.09.2013

Former NSA technical director William Binney tells DW that revelations by Edward Snowden do not reveal the full extent of NSA surveillance. He also explains why he is hopeful that Congress will finally act. 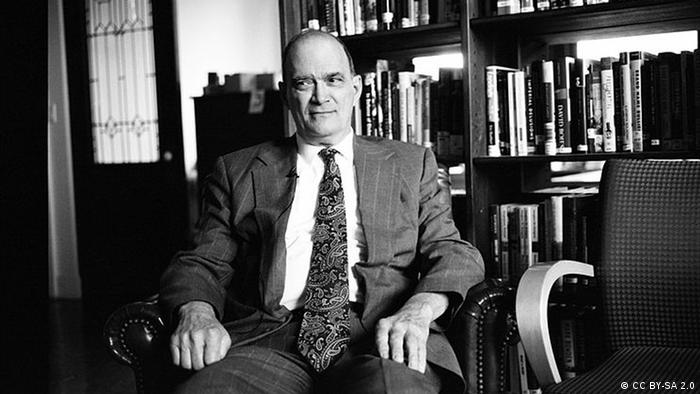 William Binney worked for the NSA for almost 40 years, serving as technical director of its World Geopolitical and Military Analysis Working Group. The crypto-mathematician retired in 2001. Before and after his retirement Binney went to Congress to raise his concerns about the agency. During a leak investigation in 2007 Binney's home was raided by the FBI. Three years later he received a letter of immunity from the US Department of Justice.

DW: In response to the revelations about the NSA‘s surveillance activities in Germany, the US offered the German government to negotiate a no-spy agreement between the NSA and the German foreign intelligence service BND. How useful is such an agreement?

William Binney: It's hard to say. It depends on what is in the agreement, what it says and what it commits the parties to.

What would have to be in such a no-spy agreement, how would it have to phrased and implemented to fulfill its intended purpose?

They would have to make a universal pledge and say that one would not collect the information of the other. But you see there is a lot of common interest that goes through this here. For example in terrorism and counterterrorism that could be anywhere in the world, so that would still have to have agreements that would say you could follow that kind of activity wherever it went whether it was in Germany or the United States. And any partner could follow that so if one detected a terrorist threat they could alert the others. That would have to be built into the agreements that that kind of thing could happen.

The coordinator of German intelligence services has said that since both the American NSA and the British GCHQ had declared in writing that they did not violate German national law and were not conducting mass surveillance in Germany, the debate about the NSA should be over. What's your take on that?

I am not familiar with German law so I couldn't really say what that law restricts in terms of collection of information about individual citizens of your country. But it's going to be hard to write up some kind of agreement that would get the parties to agree on because the international web is such that information on all kinds of countries goes everywhere virtually in the web. So you can pick that information up anywhere.

Generally speaking what happens is service providers look for the cheapest way to send their information around the world to get it to where it has to go. So in that case it means that those who lease the fiber-optic lines the cheapest are usually the ones that are filled up first. And those could be anywhere. One country may have a lower rate today than the next. And tomorrow it may be the reverse. So that could vary and that would change the routing around the world. And if people are looking to find terrorism in any of this communications network that is set up then they have to look in many places and when they do they are going to come across this material and it's going to be hard to sort out.

How close is the relationship between the NSA and the BND?

That has evolved over decades. Originally it started with the cooperative agreements forming NATO and then as NATO grew, the agreements grew. And the common interests among all the partners in NATO governed basically what they cooperated on, so intelligence became a part of that. And over decades that evolved into a greater cooperation and now with the international threats of terrorism and various other international illegal activities like weapons smuggling, I am sure that that cooperation has extended there. So it's becoming more of a cooperative effort on many different fronts I think.

According to recent reports, the NSA spied on the governments of Brazil and Mexico as well as the French foreign ministry. It also allegedly bugged and infiltrated UN and EU institutions. How realistic is it that the NSA also monitors the German government?

I think it's probably true that every government in the world tries to find out information about other governments in the world just to see what their perspective is on it and if there is anything of interest that might change the policy of one government and then create a more favorable atmosphere for agreements between the countries. I don't think it's malicious or anything, I think it's more of an intention to understand the partners. But I think every government in the world ever since they started their diplomatic missions to countries, those have been collecting information about other governments so that they can feed their governments so they better understand one another or at least know their positions.

German companies are increasingly worried about economic espionage which is rising dramatically. The head of Germany's domestic intelligence service said recently he had no indication of economic espionage by Western services. Is that correct from your understanding?

As far as I know it is. But the problem I see is one of trust. Because over here we have a lot of contractors that work for companies, managing these databases and datasets that are basically the collection of what's going on in the world. So there is a hidden danger there as to whether or not those people do things for their companies to gain leverage in any kind of bidding on contracts or something. There is a fundamental and inherent danger of that kind of activity going on. It requires trust. And when you look around you say how many people can you trust in our government and I would say not very many. Because we don't get told the truth a lot over here.

All of the revelations we have talked about basically stem from the Snowden documents. You left the NSA in 2001. Were you surprised by any of his revelations?

No, not at all. My basic understanding was that all that was happening and much more. He hasn't really gotten into the extent of what's really going on. He has only covered part of it.

Are you saying this is only the tip of the iceberg and there is a lot more to be revealed that we don't expect?

Yes. And in fact members of Congress have said similar things after they have gotten briefed recently. Now I think our Congress is getting to understand the extent of what has been going on a little bit better. They had no idea before, many of them.

And Snowden, at least so far and as far as I have seen, has only had in my view a certain limited view into what's been happening.

Do you expect Congress to come up with any real changes to the way the NSA operates ?

Yes. In fact Representative (Justin) Amash had assembled a bipartisan group of members of the House of Representatives that were just about to pass a law that would cut the funding for the NSA's activities in this area and it only failed by 12 votes. Now that's the closest anything like this has ever come. And now they think they have enough members of Congress to pass this now because of the latest revelations of all the problems like the violations of the constitution that the FISA court had reprimanded the NSA about and also the up to 50,000 violations a year in various kinds of collections on US citizens. So they are starting to wake up to the dangers here and I think they are assembling enough support to pass that kind of bill now and limit the capacity and capability of the NSA.

Globo report: US spied on leaders of Mexico and Brazil

The US National Security Agency has spied on the leaders of Brazil and Mexico, according to a report from a Brazilian news program. The revelation was based off documents provided by whistle-blower Edward Snowden. (02.09.2013)