In an interview with DW's Zhanna Nemtsova, Erna Solberg said that she doesn't consider Russia to be a threat to Norway's security. The prime minister also fully backed the European Union's sanctions against Moscow. 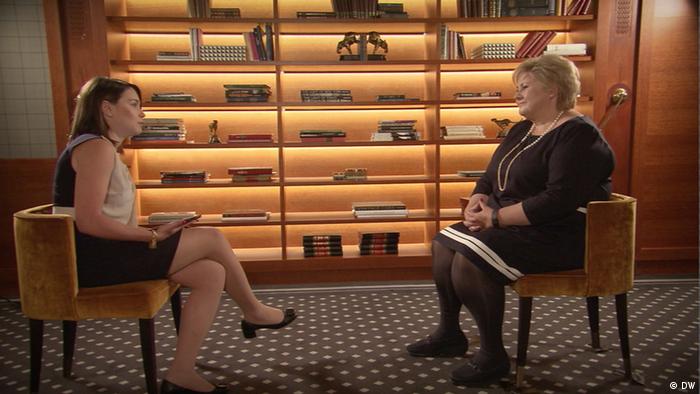 "And of course we are allying on the sanctions with the rest of Europe, because we don't believe that you can break international law by occupying another country," Solberg added, referring to the sanctions imposed by the EU after Russia's annexation of Crimea in March 2014.

She also touched upon Norway's possible contribution to NATO's missile defense system, a highly criticized issue in Russia because Moscow believes that this commitment is directed at its military forces.

In June 2015, Norway, one of the founding members of NATO, pledged to join the alliance's European missile defense system. According to NATO, this is a shield aimed at protecting Europe from a possible attack from Iran. In April, Russia's ambassador in Oslo, Teimuraz Ramishvili, warned in an interview with Dagbladet newspaper that Moscow would respond not only to Norway but to the whole alliance if the neighbor state decided to deploy the anti-missile system. 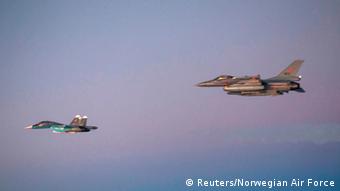 Solberg pointed out that this decision has yet to be made. She also added that Norway is still considering the form of its potential contribution to the alliance, and argued that NATO's missile defense system is not directed against Russia.

Speaking of cooperation with Russia, Solberg said Oslo and Moscow have a "good partnership," especially in the Arctic. Still, she added, this region should be free of any tension.

For Norway, the Arctic is of an significant commercial interest, with the Norwegian Barents Region being especially lucrative. According to estimates by the Norwegian Petroleum Directorate, a government agency regulating energy exploration on Norway's continental shelf, the area might contain as much as half of the country's untapped natural resources. Last year, the Norwegian government for the first time in 20 years awarded drilling licenses in a completely unexplored area near the Russian maritime border.

Comparing Norway's way of handling oil revenues with that of Russia, where the level of corruption remains very high, Solberg said that her country had been "a well-developed democracy" even before it discovered oil. That allowed for a high level of regulation and transparency in awarding drilling licenses and reduced the chances for corruption, she added. Solberg also stressed that Norway's petroleum income is being accumulated in a sovereign wealth fund, which allows the country to "save money for the next generations." 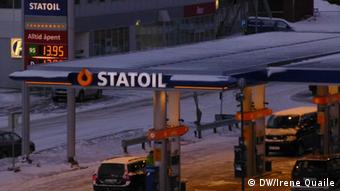 Norway's vast natural resources have contributed significantly to its wealth

Today, Norway's Government Pension Fund Global, with over $900 billion (800 billion euros) in market value, is the largest sovereign wealth fund in the world. According to Solberg, its investment proceeds contribute one-eighth of the country's budget revenues. "That helps us to finance schools, to keep taxes a little bit lower than it would have been and maybe have a better pension system then we would otherwise have," she said.

Norway is preparing for parliamentary elections in the fall. The preparation work, Solberg said, includes precautionary measures against possible hacker attacks. "We are looking at this because we have seen what is happening in France and in the US," noted the prime minister. Russian hackers are widely believed to have intervened into the 2016 presidential election campaign in the United States.

However, Solberg said she doesn't expect that Norway will become a target for hackers. "Norway is a smaller country. We also have a less divided political life," she said, suggesting that one wouldn't gain much from attacking it. "But we are informing all political parties that they have to take measures against hacking," Solberg added.

Nemtsova.Interview is the name of a weekly television show hosted by the Russian journalist Zhanna Nemtsova. The critical talk show focuses on interviews with leading European, Russian and US politicians, as well as scholars and artists who have a distinct opinion on Russia.