Northern Ireland: The Brexit problem that will not go away | Business | Economy and finance news from a German perspective | DW | 10.02.2021

Northern Ireland: The Brexit problem that will not go away

Northern Ireland dominated Brexit negotiations for years and remains a highly contentious element of EU-UK relations. The nature of the UK’s departure from the EU means the issue will not go away any time soon. 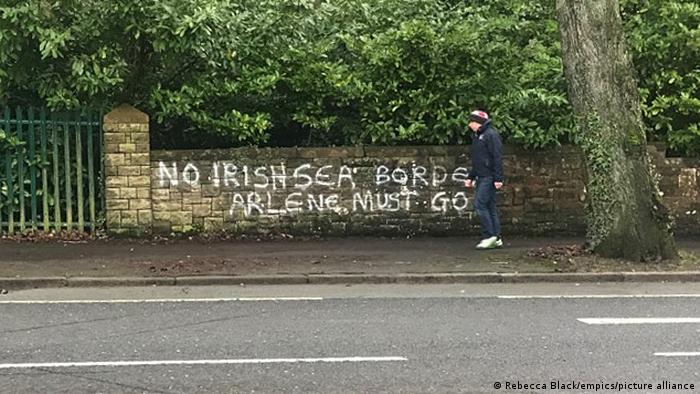 Graffiti on a wall along the Belmont Road in east Belfast, Northern Ireland

Northern Ireland was barely mentioned in government debates before the 2016 Brexit referendum. Yet it and its winding 499-kilometer (310-mile) border with Ireland became a critical area of negotiation in the four and half years before the UK fully left the post-Brexit transition period on January 1, 2021.

Anyone who expected talk about the its trading arrangements to die away once Brexit happened has been proven wrong. In the six weeks since January 1, Northern Ireland has once again become the Brexit problem that refuses to go away.

In the first few weeks of 2021, there were significant shortages of fresh produce in supermarkets across Northern Ireland. Neither the pandemic nor the traditional post-Christmas lull were apparently to blame. The problem was that many companies in Britain were unprepared for the new paperwork required to export to Northern Ireland under the terms of the Protocol. (Border checks — which apply to some goods traveling from Great Britain to Northern Ireland  were first introduced in a Brexit agreement called the Northern Ireland Protocol).

Alongside images of empty shelves came reports that some firms in Britain were deciding to stop doing business with Northern Ireland and the EU altogether due to the new border complications that had arisen.

This week, an English cheese wholesaler told the BBC that it had decided to "give up" on exporting to the island of Ireland as a whole due to the fact that it now took too long to get perishable food products there due to additional border checks. The decision would cost the company more than €1 million ($1.2 million) in annual sales, with job losses as a result.

The issue is extremely politically sensitive. Many Northern Irish unionists — those who favor union with Britain rather than Ireland — are angry that there are now apparent trade barriers between it and Britain in order to avoid trade barriers on the island of Ireland. In their eyes, the so-called Irish Sea border they feared has become a reality.

Last week, inspections on animal-based food produce arriving at Belfast and Larne ports from Britain were suspended over concerns that staff carrying out checks from both the Northern Irish local authorities and the European Commission were being intimidated. Graffiti threatening port staff has been appearing regularly since the Protocol came into effect.

In the longer term, that could give Northern Ireland advantages as a trading destination with close links to both the EU and UK. Yet so far the new arrangements have caused little more than discord and disruption.

Northern Irish unionist politicians, as well as some within the British government, have labeled the Protocol itself as the problem. The hardline DUP, the largest unionist party, has drafted a five-point plan aimed at removing the Protocol altogether. 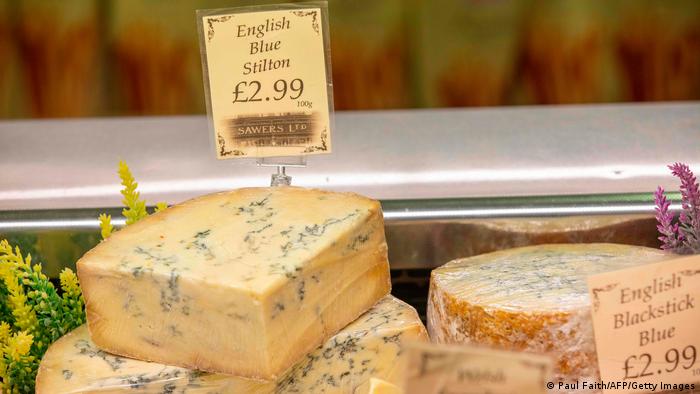 It has collected more than 100,000 signatures for a petition calling on the UK government to invoke Article 16 of the Protocol, an emergency measure which allows either side to suspend aspects of the Protocol in situations where they believe those aspects to be causing "economic, societal or environmental difficulties."

On the EU and Irish government side, Brexit itself is seen as the primary cause of ongoing trade difficulties in Northern Ireland.

"Because of some companies not being prepared we would see difficulties in terms of a smooth transition from the previous realities of the UK being part of the customs union and single market that we are to where they are now which is outside of that structure," Irish Foreign Minister Simon Coveney said recently.

"It means lots of checks. If it's food, it's sanitary checks, health certs, customs check, individual products having to have different custom codes. It is not a straightforward process to trade with a third country. Many companies, particularly in the UK have simply not been ready for those new realities. They didn't have custom agents, they haven't trained up their own companies."

However much of the blame for the current flare-up over the Protocol can also be laid at the European Commission's door. The row between the EU and AstraZeneca over vaccine supply saw the European Commission trigger the aforementioned Article 16 on January 16, an apparent attempt to prevent the Protocol being used as a backdoor for vaccines to make their way into Britain. The move caused shock and outrage in Ireland, Britain and across the political spectrum in Northern Ireland. 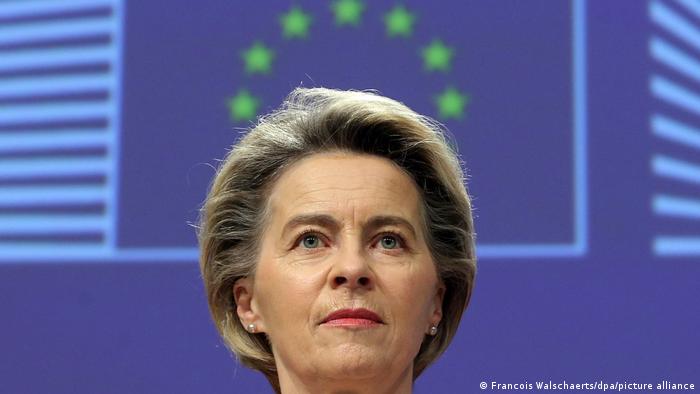 After a few hours of tense phone calls between Dublin and Brussels, the EU backed away from its Article 16 move. But the damage was done. Since then, UK government moves to change the Protocol have been stepped up significantly, with the EU's misjudgement widely seen as giving them the political capital and momentum required to do so.

The big question now is what exactly will become of the Northern Ireland Protocol. The British government has since threatened to trigger Article 16 itself. Cabinet minister Michael Gove this week said a "reset" is needed as the agreement is "not working" and NI businesses and families were experiencing "disruption and interference."

On the EU side, there is little appetite to change it. EU diplomats told RTÉ News this week there was a "willingness” among EU member states to consider possible adjustments '"within the framework of the protocol," but there will not be a "renegotiation of the Protocol."

The most looming question now relates to the end of a Brexit grace period, coming up soon. After March 31, retailers exporting from Britain to Northern Ireland will face far more arduous red tape than they currently do. UK supermarket chains have warned the British government that this will lead to "significant disruption to food supplies." The British government has called for an extension to the grace period but it remains to be seen if the EU will agree.

Discussions on the Northern Ireland Protocol remain ongoing between the UK and the EU since a meeting last week aimed at cooling tensions. One thing that's certain is this issue will not go away anytime soon.