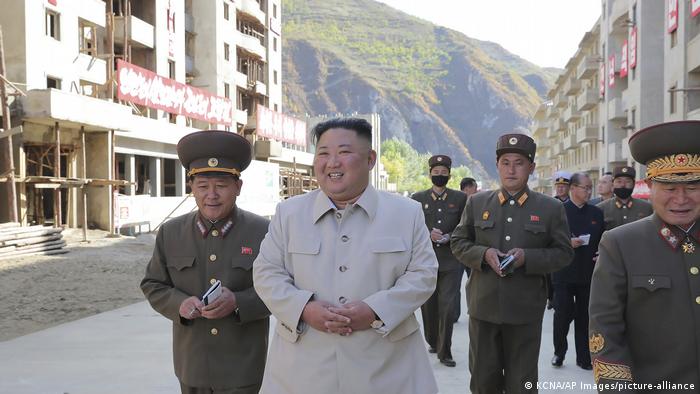 "North Koreans say they live in constant fear of being caught in a system where official procedures are usually irrelevant, guilt is presumed, and the only way out is through bribes and connections," he added.

Despite repeated accusations of human rights abuses by international bodies, very limited information is available in the public realm about the nuclear-armed state's criminal justice system.

For the report, titled "'Worth Less Than an Animal': Abuses and Due Process Violations in Pretrial Detention in North Korea," HRW relied on information collected from 22 North Korean detainees as well as some former government officials who fled the country.

According to government officials, North Korea's ruling party considered detainees inferior human beings, who were known by numbers instead of names.

"The regulations say there shouldn't be any beatings, but we need confessions during the investigation and early stages of the preliminary examination," said a former police officer. "So you have to hit them in order to get the confession."

Former detainees said they had no access to a lawyer or legal remedies like appeals once they were detained. They were forced to live under extremely unhygienic conditions, with very few opportunities to bathe and no access to basic amenities like soap, menstrual supplies, or blankets, which led to an infestation of lice, fleas and bedbugs.

They were often forced to sit on the floor for nearly 16 hours a day and even the slightest movement would result in punishment for the individual and the group. This could range from beatings to hard unpaid labor.

"If I or others moved (in the cell), the guards would order me or all the cellmates to extend our hands through the cell bars and would step on them repeatedly with their boots," said former detainee Park Ji Cheol.

Some women also reported instances of sexual assault and rape.

The report called on North Korea to undertake reforms that would introduce checks on the power of the government. Other recommendations included the establishment of an independent police force in line with international standards.

Despite pressure from the international community, Pyongyang has denied any wrongdoing and reiterated that the West could not set the standard for human rights. Instead, the country has maintained that it promotes "genuine human rights."

North Korea and coronavirus: Hide-and-seek with the world

Coronavirus has left a trail of destruction for many neighboring countries — but in Pyongyang, leader Kim Jong Un denies that there have been any infections. Is this true? DW spoke to a doctor who fled North Korea.

Pyongyang said that it had prepared various methods — including the use of 3,000 balloons — to deliver the leaflets "deep inside South Korea." Seoul said it would respond depending on the delivery equipment used.