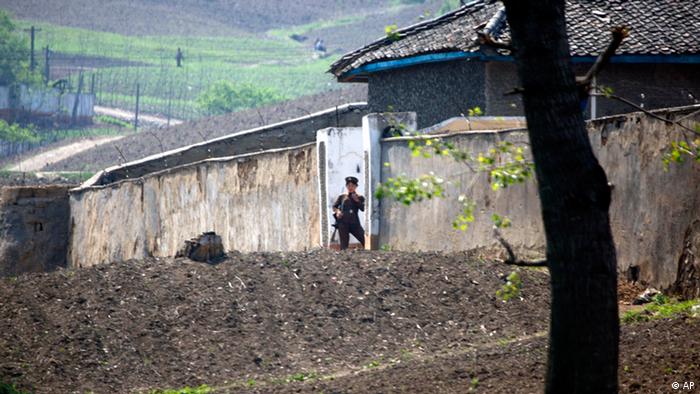 The UN human rights body released a scathing report against North Korea Tuesday, accusing the nation of torture and sexual violations against women who were forcibly repatriated after seeking to flee the country to find work, usually in neighboring China.

The UN office interviewed more than 100 North Korean female escapees who were detained by North Korean officials between 2009 and 2019.  The women spoke to the UN in South Korea after fleeing the country following their detention.

The former detainees described unsanitary conditions in prisons, malnourishment, as well as forced abortions and rape by guards at prisons and detention centers.

"There were two pregnant women, three months and five months pregnant, who were kicked very badly so that they would have lost their baby by the time they left the facility," said one of the women.

Detainees were treated worse if they visited a church while abroad, as another witness noted.

"If one is found to have gone to a South Korean church while staying in China, they are dead. I therefore tried hard not to reveal my life in China. I was beaten up as a result. I was beaten to a level that my rib was broken. I still feel the pain."

'These women have a right to justice'

High Commissioner Michelle Bachelet said "it is heartbreaking to read these stories of women who fled their country looking to make ends meet, but who end up getting punished," in a statement accompanying the report.

"These women have a right to justice, truth and reparation," she added.

Daniel Collinge, a UN human rights officer who co-authored the report entitled "I Still Feel the Pain," said the project was aimed to pressure North Korea to improve its situation while demanding other countries to not deport defectors.

The UN has accused North Korea several times of "systematic, widespread and gross" human rights violations from extrajudicial killings to running prison camps. The nation has been hit by sanctions over human rights abuses and threatening to use its nuclear program against other nations.

North Korea did not immediately respond to the report.