A North Korean man, believed to be a defector, has crossed the heavily-guarded border into South Korea through the military buffer zone between both countries. Officials have detained him and opened an investigation. 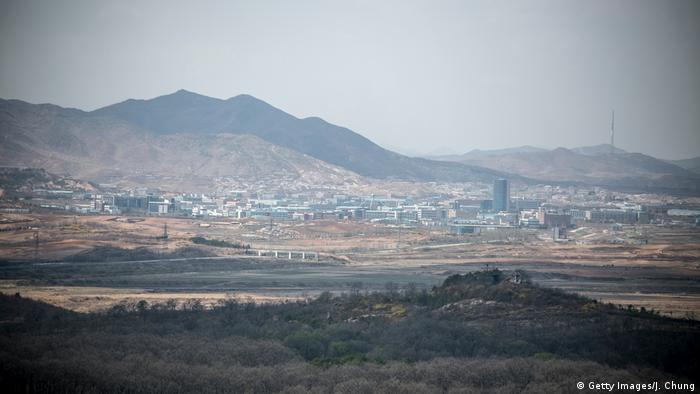 A North Korean man has crossed the heavily fortified border into South Korea in what the military there is describing as a possible defection.

South Korean officers detained the man, who has not been named, early on Wednesday morning on the eastern end of the so-called demilitarized zone.

The area is a buffer zone along the border that has separated the two countries since the Korean War in the 1950s.

The Yonhap news agency said on Wednesday that he wants to defect to South Korea.

Defence ministry officials declined to comment on the report.

An investigation has been opened into how and why he crossed the mine-strewn frontier into South Korea.

Ties soured between both Koreas

More than 30,000 North Koreans have fled to South Korea in the past two decades, mostly via China, but a small number of North Koreans still occasionally escape through the land border.

At the height of Cold War rivalry, both Koreas routinely sent agents and spies to each other's territory through the border, but no such incidents have been reported in recent years.

The latest case marked the first border crossing since a North Korean soldier defected to the South through the demilitarized zone in July 2019.

Inter-Korean relations have soured once again since denuclearization talks between Pyongyang and Washington stalled last year.