A train carrying North Korean dictator Kim Jong Un has crossed the bridge connecting North Korea and China at Dandong under heavy security. Kim is set to meet US President Donald Trump at a Hanoi summit. 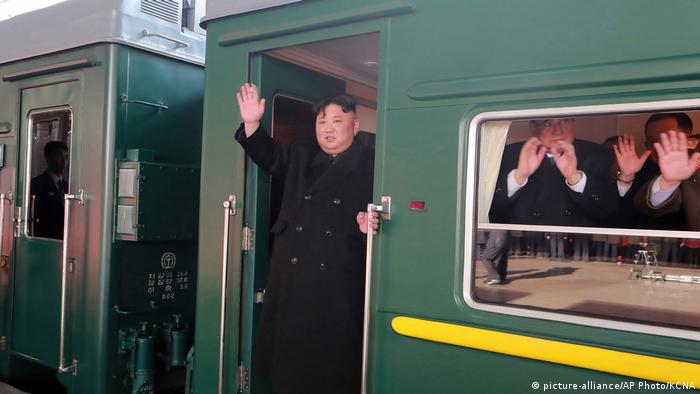 Eyewitnesses at the border between North Korea and China reported seeing an armored train crossing into Chinese territory on Saturday, four days before North Korea's Kim Jong Un and US President Donald Trump are set to meet in Vietnam next Wednesday and Thursday.

North Korean state media later confirmed that leader Kim Jong Un was on the train. Some media speculated about Kim traveling to Beijing for a meeting with his ally, Chinese President Xi Jinping, before continuing towards Vietnam.

The green and yellow train crossed the bridge at the North Korea-China border city of Dandong, 839 kilometers (521 miles) east of Beijing. The vehicle resembles the train used by Kim Jong Un for a visit to Beijing last month.

Chinese security drove away people attempting to take photos, according to one eyewitness.

Across China by rail

Kim will then have another long train ride south to Vietnam.

After crossing onto Vietnamese soil, he'll disembark from his train and drive the 170 kilometers (105 miles) to Hanoi by car, according to sources cited by Reuters. The entire trip between Pyongyang and Hanoi could take over 60 hours to complete. 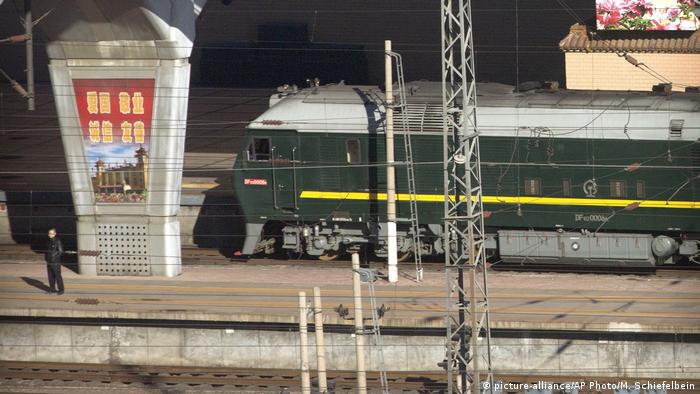 Previously, Vietnam confirmed Kim would visit Vietnam in response to an invitation from Vietnam's President Nguyen Phu Trong, who is also the head of the ruling Communist Party.

Vietnamese officials were beefing up security in Hanoi for the meeting between Kim and Trump. The two leaders are expected to discuss international sanctions on North Korea and Pyongyang's nuclear arsenal. Pyongyang also wants a formal end to the 1950-1953 Korean War, which ended without a peace treaty.

Flowers and flags in Hanoi

Trump and Kim met in Singapore last June, marking the first summit between a sitting US president and a North Korean leader, but the conference produced only a vague pledge to work towards denuclearization. Kim traveled to Singapore on a plane lent to him by China.

Ahead of the upcoming two-day summit, Hanoi authorities were preparing the colonial-era Government Guest House in the center of the capital as the expected location for the event, while also readying the nearby Metropole Hotel as a backup venue. Workers decorated the area with flowers and flags of North Korea, the US and Vietnam.

Some 2,600 foreign reporters and members of the press have registered for the top-level meeting, according to Vietnam's Foreign Ministry.