The North Korean leader is seeking to expand diplomatic relations amid a deepening economic crisis at home. A rare ruling party congress comes just days before US President-elect Joe Biden is due to take office. 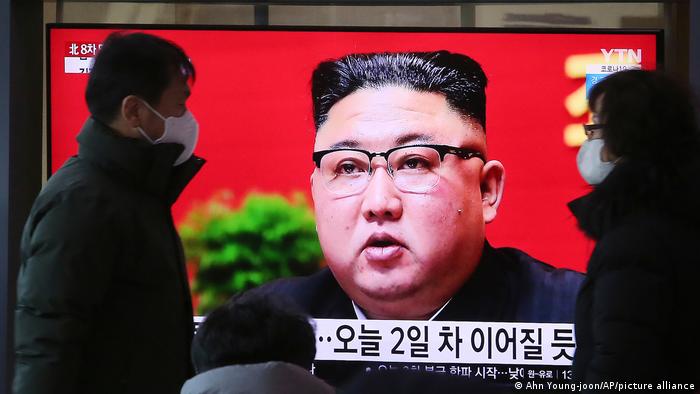 North Korean leader Kim Jong Un on Friday pledged to improve ties with the rest of the world, state media reported. He made the announcement during a speech on the third day of the reclusive country's ruling party congress.

He stressed the need to strengthen inter-Korean relations as well as diplomatic efforts with other countries.

The Korean Central News Agency (KCNA) reported Kim "declared the general orientation and the policy stand of our party for comprehensively expanding and developing the external relations." He did not specify what actions would be taken to do so.

The announcement comes days before US President-elect Joe Biden is set to be sworn in. Ties between Washington and Pyongyang had shown signs of improving during the early period of outgoing US President Donald Trump's tenure.

However, diplomatic talks broke down in 2019 after the second summit between Trump and Kim over disagreements on sanctions relief and denuclearization.

Kim said relations with Seoul needed to be changed "as required by the prevailing situation and the changed times."

The Workers' Party gathering is aimed at reviewing the party's work since the last meeting, as well as setting new goals for the next five years.

The first day of the meeting saw a rare admission of failure of party policies from the last meeting in 2016. North Korea also announced plans to expand its military capabilities, in defiance of international sanctions.

South Korea has barred the sending of propaganda leaflets, goods and money into North Korea. Seoul said the amendment is necessary to protect the lives and safety of people living in border regions.