Kim Jong Un said the country's economic goals were not met "in almost all areas to a great extent." New development policies are expected to be set during the ongoing party congress, which is being held after five years. 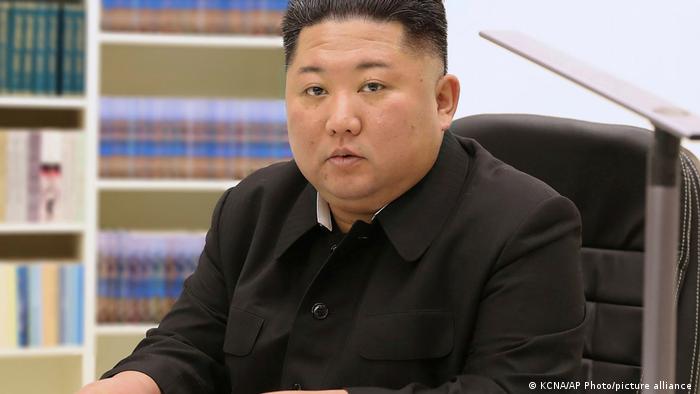 The KCNA quoted Kim saying the previous goals set in the 2016 meeting "were not met in almost all areas to a great extent." He also said the country "must not repeat the painful lessons.''

While the North Korean leader noted "shining successes" by the party, he also stated that "goals for improving the national economy have been seriously delayed."

What to expect during the congress

The Workers Party Congress kicked off in Pyongyang on Tuesday, with 4750 delegates in attendance and around 2000 spectators, state media reported on Wednesday.

North Korea has said it will lay out a new development program for the next five years at the ongoing meeting.

Kim is also expected to announce leadership changes — which could include a new role for his sister Kim Yo Jong — as well as budget, organization and audit issues.

Experts also expect Pyongyang to use the party congress to send a message to incoming US President Joe Biden, who is expected to change his diplomatic approach with North Korea compared to the tactics used by President Donald Trump.

Kim said in his opening speech that the country had achieved "miraculous victory" by increasing its global prestige. He was referring to North Korea's successful tests in 2017 of intercontinental
ballistic missiles capable of striking the US, as well as his diplomatic talks with Trump.

The 2016 party congress had been the first such congress to be held in almost 40 years, and had cemented Kim Jong Un's status as the leader of the nation and the heir of his family's dynasty.

Last year, North Korea had quietly scrapped its previous five-year economic plan, as the economy faced multiple challenges and found the goals to be "seriously delayed." In 2020, typhoons and floods in the country destroyed farms, housing, and infrastructure in the country.

The issues were worsened by the coronavirus pandemic, which made the already isolated country shut down borders to the rest of the world. North Korea's border closure with its biggest trading partner China has seen the trade volume by about 80% in the first 11 months of 2020.

North Korea insists it has not had a single case of COVID-19, but experts have doubts about these claims.

Coronavirus: North Korea accused of using COVID to crack down on human rights

A group of seven countries on the UN Security Council, plus Japan, have said Pyongyang is increasing its human rights abuses under the cloak of coronavirus.