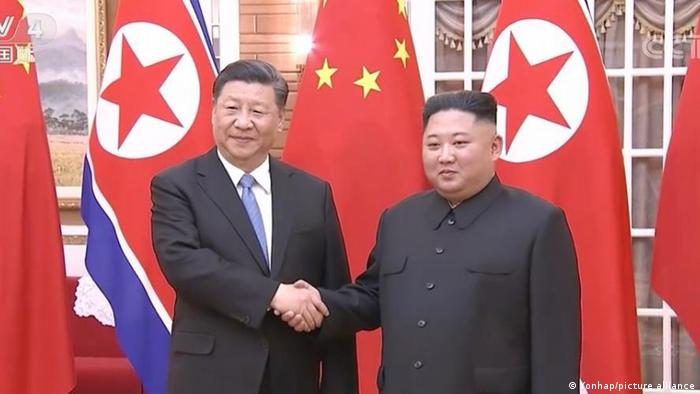 China and North Korea signed a friendship treaty in 1961.

North Korean leader Kim Jong Un and Chinese President Xi Jinping vowed to strengthen their ties and cooperation on the anniversary of their treaty of friendship.

North Korean news agency KCNA reported Sunday that Kim and Xi pledged mutual cooperation in their relationship. Xi pledged to strengthen their ties by "steadily leading the relations of friendship and cooperation between the two countries to a new stage."

"Despite the unprecedentedly complicated international situation in recent years the comradely trust and militant friendship between the DPRK and China get stronger day by day," Kim said in a statement. He emphasized the need for cooperation, "now that the hostile forces become more desperate in their challenge and obstructive moves," in a possible reference to the US.

Last week, the North Korean leader had congratulated the Chinese President on the 100th founding anniversary of the Chinese Communist Party, while condemning "hostile forces" for slandering the party.

China is North Korea's most important ally. The two nations signed a friendship treaty on July 11,1961, against the backdrop of the Korean War. The isolated country is dependent on China for trade, and recovery for its current economic crisis brought on by the pandemic.

Ties between the two nations have fluctuated over the years due to North Korea's nuclear ambitions. The relationship has been rekindled in recent years, as Xi and Kim have met five times. Experts say the latest messages of friendship are aimed at the US. Washington-Beijing ties have been strained over the years, and nuclear talks between the US and North Korea have come to a standstill.