No place like home: Czechs unmoved by lure of life in Germany | Europe | News and current affairs from around the continent | DW | 27.04.2011

While Germany has long been a favorite destination of immigrants from most of eastern Europe, it has never proved such a big lure for Czechs. Most, it seems, are just too satisfied with life in their homeland. 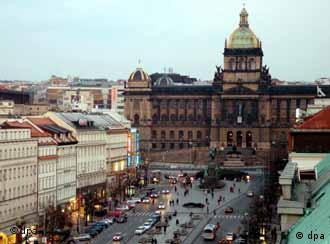 Czechs have not fared badly from an economic point of view

Two decades ago, most Czechs would have found it unimaginable that they would have the chance to live and work in neighboring Austria or Germany - unfettered by official red tape. On May 1, 2011, that pipe dream becomes reality, but there will be little fanfare: Czech university graduates can already work freely in Germany, while unskilled workers have little incentive to leave their homeland.

"There's a big misconception about Czechs working in Germany, especially if we're talking about highly qualified people," said Hannes Lachmann, spokesman for the Czech-German Chamber of Commerce, as we surveyed the eye-popping panoramic view of Prague from the cupola of his office building on Wenceslas Square. 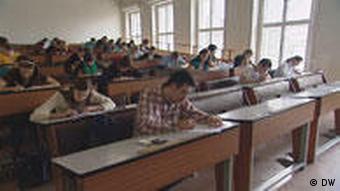 Germany's booming economy needs an estimated 400,000 skilled workers. Yet just 14,000 Czechs are registered as being legally employed in the country, and analysts expect no major change when Germany's labor markets open to all Czech workers - not just graduates - on May 1. So why have so few Czechs taken up the opportunity to work elsewhere in the EU, unlike Slovaks, Latvians, or Poles?

"The Czech Republic really does have a higher standard of living," explained Daniel Munich, a labor market and migration analyst for the Czech Academy of Sciences and Charles University.

"Real wages and purchasing power are greater than in Poland, for many Czechs at least," he added.

"So the difference, the temptation to go to Germany and earn higher wages is not as big as in Poland. Also, I think we have a better welfare system," he said. 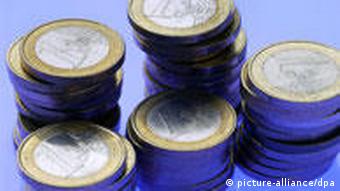 Daniel Munich enumerated the manifold economic and social factors that make moving to Germany or Austria such an unattractive prospect for most Czechs.

Pros and cons, but mostly cons

Wages might be higher across the border, but so are prices. The Czech crown is enjoying a long period of relative strength against the euro. Czechs are not great linguists; few speak fluent German. And for families, moving abroad for work entails a host of expensive logistical challenges, such as paying for childcare - something that's provided for free by willing grandparents back home. All these pull factors, said Munich, work against Czech migration.

And it was ever thus.

"This has been a tradition in the Czech Lands," said Jiri Pehe, an advisor to former Czech president Vaclav Havel and now the director of New York University in Prague.

"Historically, one could see many more Slovaks or Poles moving to find work, whereas the Czechs really emigrated mainly for political reasons or because they were dissatisfied with the regime," Pehe explained. 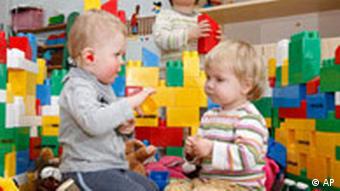 "I guess it's because the Czech Lands were doing quite well economically during the First Republic, even under communism, and now after the fall of communism. So I think the economic incentive is really not as strong as in some other countries."

No mention in media

The relaxation of labor restrictions in Germany and Austria has gone almost unmentioned by the Czech media. Nor are job agencies running major campaigns to attract potential Czech migrants. Prague displays all the outward signs of economic prosperity: western shopping and food chains, flashy cars, expensive clothes, and a general sense of well-being. The per capita gross domestic product in the Czech capital has long been higher than the EU average.

And after all, if you're satisfied with your job at Siemens or Bosch in Prague, earning a decent wage, enjoying a high standard of living and able to stay close to your family and friends, what possible incentive would you have to up sticks to work for Siemens or Bosch in Frankfurt, Stuttgart or Düsseldorf?

Horst Seehofer, the premier of Bavaria, has been in Prague to meet with Czech Prime Minister Petr Necas. The visit marks the first such trip by a Bavarian leader since World War II. (20.12.2010)

An increasing number of Czech doctors are taking drastic steps to improve their situation by emigrating to western Europe. They may be well-qualified, but they often earn less than 1,000 euros (1,400 dollars) a month. (04.11.2010)

The Czech Republic is sending 650 soldiers to help Slovakia protect its border with Ukraine. The troops will be heading a fresh NATO contingent in the wake of Russia's invasion of Ukraine.