Will Berlin cancel Christmas this year? Germany's multicultural capital is experimenting with religious neutrality to make all its residents feel more at home. DW's Louise Osborne is all for it. 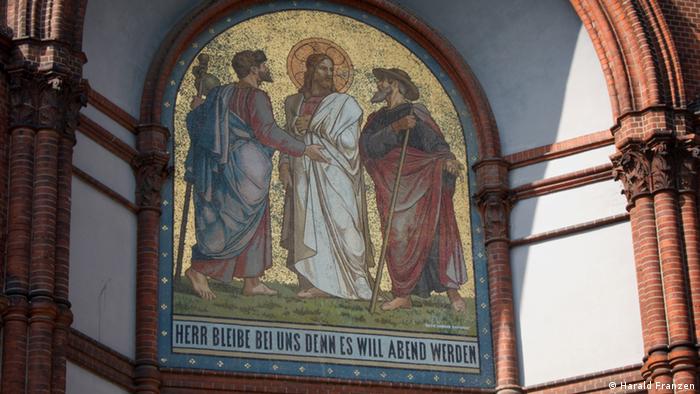 It may be too early to start talking about Christmas in August unless you work in the chocolate industry, but as summer slowly eases into fall, it is already cropping up in casual conversation as plans are being made.

That's not because people are particularly looking forward to the festive season. Personally, I'm hoping to stave of winter as long as possible with an Indian summer. But it is, nevertheless, now occupying the thoughts of Kreuzberg-Friedrichshain's district officials due to a row over religious terms - such as "Christmas" - when referring to the annual, um, winter markets that are legendary well beyond Germany's borders.

It seems that some in Berlin's more alternative district have chosen to refer to the Weihnachtsmärkte (Christmas markets) taking place in the neighborhood under the more neutral and non-religious term Winterfest (winter festival). 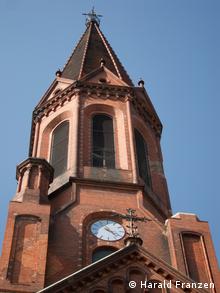 In fact, according to an article in Tagesspiegel this week, this has already been done in the past in a bid to take religion out of the equation and make sure everyone living in the district, whether Christian, Muslim, Jewish, or atheist, can personally identify with the rows of stands that sell handmade trinkets and mulled wine.

An even playing field

But the Christmas market is not the only event that has seen its title changed. The paper also reports the transformation of the feast marking the Muslim month of fasting, Ramadan, to Sommerfest (summer festival), with the Kreuzberg-Friedrichshain district apparently saying that religion has no place in public places. Apparently the district has also removed the word "religion" from the official criteria for its awards for citizen engagement.

While some think this equates to an anti-religious sentiment, I don't think that's the case.

It's not about having a negative attitude toward faith - but rather providing an even playing field and promoting equality for those of every religion, as well as for non-believers aiding integration in a multicultural neighborhood.

Living close to the Landwehrkanal - the canal that straddles the multicultural districts of Kreuzberg and Neukölln - I can see the diversity in the way people live, their religions and traditions, ranging from my Christian Syrian flat mate to the Muslim Turks running the snack bar on Kottbusser Dam that serves my favorite takeaway food. 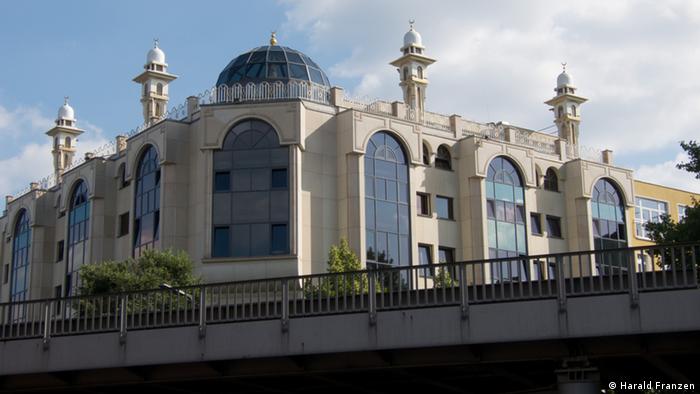 Walking down Skalitzerstrasse toward Görlitzer Park, you pass a modern-looking mosque with its decorative turrets and glass dome almost opposite Lausitzer Platz, where there is a church with a towering spire and red façade.

Meanwhile, religious buildings dedicated to Jews, Hindus, Buddhists and many other religions are scattered around Berlin's leafy streets creating a feeling of diversity and color in the cosmopolitan city.

No threat to Christmas

While it is wonderful to live in a place surrounded by so many cultures and religions, it can be difficult to ensure everyone feels like they're valued equally regardless of their religion - or, as in my case, non-religion.

One way of trying to achieve this, and the way the Kreuzberg district seems to favor, is by looking to the US, which has long focused on politically correct terms and tried to achieve inclusion by promoting secularism.

In the way Americans say "Happy Holidays" instead of "Merry Christmas," Kreuzberg is saying Winterfest to mean Christmas market. In countries as deeply Christian as both the US and Germany, the name of the holiday itself will continue to refer to the celebration of Jesus' birth, but the change of related terminology at least makes the festivities more inclusive.

It is a concept that appears to have been lost on the ruling Christian Democratic Union (CDU) and the Church, both of which have expressed concern over this way of thinking in Kreuzberg-Friedrichshain. The deputy superintendent of the Protestant Church in the Mitte district, Peter Storck, even went so far as to call religious neutrality a hallmark of "dictatorial states," according to Tagesspiegel.

Indeed, Germany did experience two dictatorships in the 20th century - the Nazis and the communists in East Germany - which suppressed religious freedom. But suppression and neutrality are two entirely different situations that cannot be compared.

I come from a country that is far from secular, with the state and the Church of England intertwined, and there, as well as in Berlin, I think changes need to be made to help everyone feel as if they are respected and equal - regardless of religion.

Now a busy, multi-cultural hub for startups and techno, Berlin has been through a lot in recent years. DW's Kate Katharina Ferguson experiences the city through the eyes of someone who's known it for nearly a century. (09.08.2013)

In Berlin, there is a bicycle store on every second corner. DW's Stuart Braun gets on his bike to explore these vital cogs in the wheels of city life. (16.08.2013)

East Germany's beloved hat-wearing traffic light symbol, the Ampelmännchen, should be made the European standard, recommend researchers. He sparked quicker reaction times than his trim counterpart in the West. (14.08.2013)