No easy way to Germany for Syrian refugees | World| Breaking news and perspectives from around the globe | DW | 27.11.2013

More than 24,000 Syrians have fled to Germany since the beginning of the civil war in their country two and a half years ago. Many risk their lives through illegal entries, as there are few legal ways. 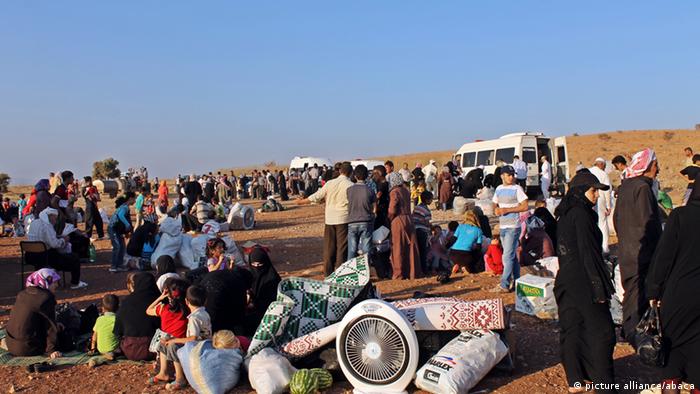 Syrian refugees trying to get to the EU through Turkey

The Greek coast guard ends the dream of many Syrians refugees hoping to enter the European Union by stoping their boats near the eastern Aegean islands in the Mediterranean and sending them back to Turkey. Many Syrians have been trying to use this route to enter the EU since the closing of the Turkish-Greek land border in the summer of 2012.

The journey is risky. Since August 2012, 149 people have lost their lives in the sea between Turkey and Greece, according to the human rights organization Pro Asyl. Most of them were Syrian refugees.

"The fact that they choose this path shows that they have no choice," says Bernd Mesovic, deputy managing director of Pro Asyl.

Those who actually reach the EU via Greece and manage to enter Germany almost always are allowed to stay. More than 95 percent of Syrians who apply for asylum either receive refugee protection or other permits to stay in Germany for at least the duration of the war, according to the Federal Office for Migration

Those who enter via other EU countries such as Bulgaria or Italy must return and apply there due to laws that require immigrants to apply for asylum in the country they first entered. Greece is an exception because of poor conditions for refugees there. That means Syrians who manage to enter Greece despite tough coast-guard checks can hope for help in Germany. 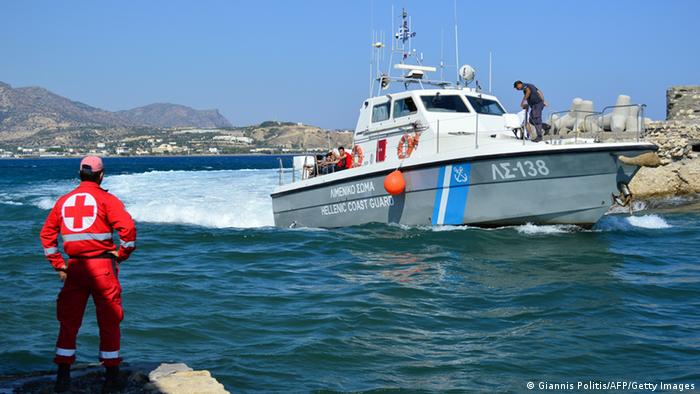 Approximately 2.2 million Syrians have fled since the beginning of the riots two years ago. About 24,000 of them have come to Germany, according to the German Interior Ministry. Most of these have relatives in the country but have entered illegally, according to Mesovic, due to limited legal ways to do so.

Among the legal options is a German government program to accept 5,000 Syrian refugees. The people are selected by the United Nations High Commissioner for Refugees (UNHCR). Those with family in Germany or are still children or seriously injured have better chances than others.

About 1,000 selected refugees have already arrived; the remaining ones will be selected by the spring of 2014. Many more were supposed to be in Germany by now, but the complicated selection process has delayed their arrival.

German states also have specific programs for Syrian refugees. These, however, are solely for Syrians who have family in Germany and have fled to one of Syria's neighboring countries: Lebanon, Jordan, Iraq or Turkey. Mesovic views the conditions for these programs as too rigid: "We do not believe that a serious number of people can take advantage of this opportunity," he says. 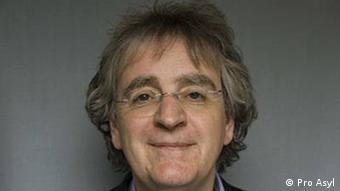 Bernd Mesovic of Pro Asyl criticizes the conditions for entry

Most states, for instance, require that the relatives living in Germany bear all costs for the refugees. The relatives must have a monthly net income of up to 2,000 euros and a health insurance for the relative entering the country.

"Only very privileged Syrians can afford that," says Mesovic. "Most Syrians are excluded due to this condition." The numbers clearly show that - only 140 refugees have entered Germany through this program since 2011, according to the Interior Ministry

The opposition Green and Left parties are demanding that Germany should be open for more Syrians, given the high number of refugees. "Everything else is completely inappropriate in this situation," says Katrin Göring-Eckardt, Green party chairman in parliament. The parties are calling for an opening of EU borders to Syrian refugees.

Even the German Minister of the Interior sees a need for action, though not from the German side, but at a European level. "I believe we need to take in further refugees," said Hans-Peter Friedrich in early September. "I demand a European conference because this is an issue Europe must answer together."

To date, no such conference has been organized.

As long as the many hurdles remain for Syrians to legally enter the EU, many of them will continue to pruse illegal routes. Those who can raise the money will try to enter the EU on their own - or with the help of smuggler in the hope of dodging the Greek coast guard.

Putin and Pope Francis discuss drive for peace in Syria

Russian President Vladimir Putin has met Pope Francis in what the Vatican described as a "cordial and constructive meeting." Putin later dined with Silvio Berlusconi, the Italian ex-leader now lumbered with litigation. (25.11.2013)

A date has finally been set for long-hoped-for talks aimed at ending the conflict in Syria. The announcement comes after many months of laborious effort to bring the warring parties to the negotiating table. (25.11.2013)

Ferocious fighting in the eastern suburbs of the Syrian capital, Damascus, has killed scores of rebels and government troops. Foreign fighters are said to be among those taking part. (24.11.2013)