Buhari is on a visit to South Africa for talks with his counterpart Cyril Ramaphosa after violent attacks on Africans living in the country created bad blood between citizens of the two African powerhouses. 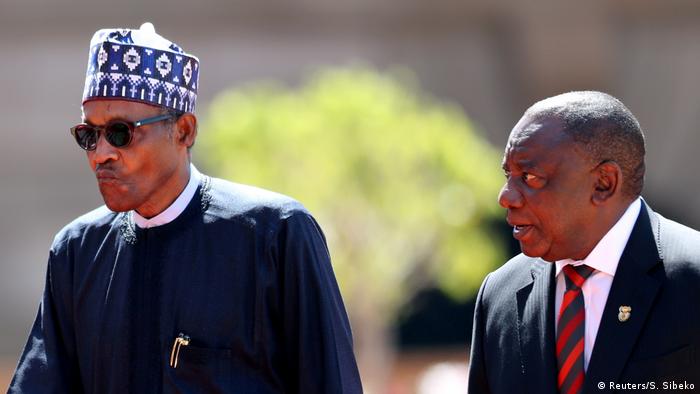 In early September fresh outbursts of violence against foreigners erupted in parts of South Africa. Over a dozen people were killed, when mobs torched and looted shops and destroyed cars in places such as Johannesburg and Pretoria. Nigerians, a large number of whom live in South Africa, were among the Africans targeted in the mayhem. South African police arrested 700 people for the attacks, which made international headlines.

African nationals packed up and left South Africa, among them 600 Nigerians on flights organized by private airlines. As anger over the violence reverberated across Africa, Nigerians burnt, looted and attacked South African supermarkets and branches of the teleommunications firm MTN in Lagos.

A month later, and despite objections from some quarters of Nigerian society, Buhari has embarked on a three-day visit to South Africa. He and Ramaphosa discussed political cooperation and trade and Buhari met with members of the Nigerian business community and took part in a Nigerian-South African business forum. 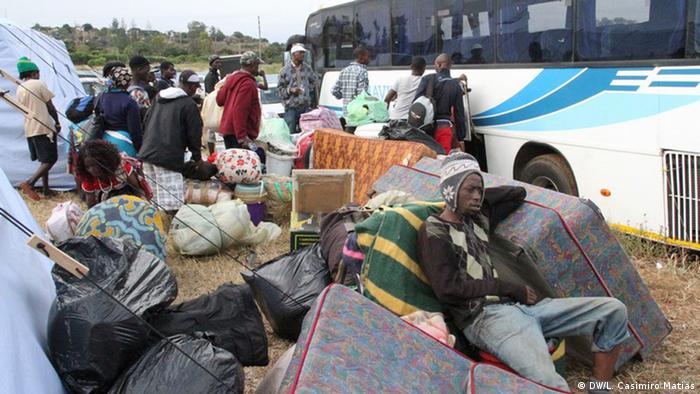 The two leaders of Africa's mightiest economies touched briefly on the problem of xenophobia in South Africa at a press conference in Pretoria.

Buhari condemned the violence, saying that both Nigeria and South Africa were committed to addressing the challenges. "It's a question of competition at a very low level – whether they are barbers or have small shops, where they feel it should belong exclusively to the indigenous people, or it is open to all people," he said.

What remains unclear from the statements of the leaders, however, is how they are planning to address the tensions. Both Buhari and Ramaphosa spoke of implementing measures which would lead to the better understanding of the two sides. Ramaphosa spoke of more interaction between members of the South African and Nigerian business community, more cohesion and the two government's commitment to promote the best of values and "encourage people to people contacts that are of a positive nature."

The two leaders also spoke about increasing policing and sharing intelligence. "It means the respective police forces must be very alert – they must infiltrate the communities, know what they thinking and make sure they don't allow violence to escalate," Buhari noted, with Ramaphosa adding that all residents must of course abide by the law of the country they live in.

All in all, little was said about the concrete measures the two leaders had in mind to ease the tension and curb the violence. Instead, trade deals and hopes of increased bilateral ties seemed to have dominated the talks. Nigeria, Ramaphosa said, is one of South Africa's largest trading partners. "We noted with appreciation the increasing presence of South African companies in Nigeria and agreed on the need to promote greater investment by Nigerian companies in South Africa," Ramaphosa said. 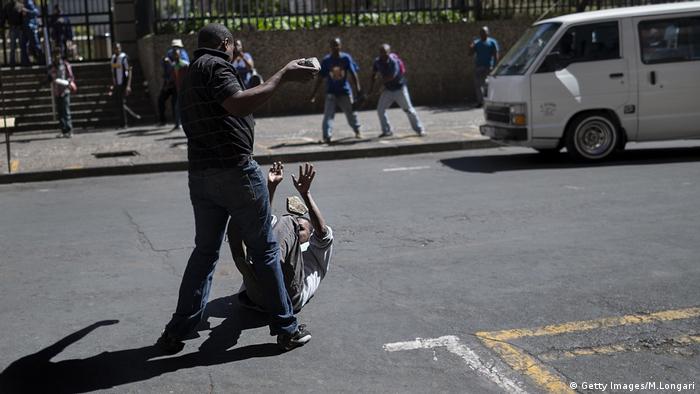 While the leaders met, the tensions between South Africans and foreigners living in the country continued to simmer. For weeks, South African truck drivers have been pushing for employers to stop employing foreign drivers.

DW spoke to foreign and South African truck drivers about their concerns. In the past few months dozens of arson attacks, often targeting truck drivers from other parts of Africa, have left several people dead or injured.

"I don't feel very safe. Because we can be attacked at any time," says a Zimbabwean driver who wants to be identified only as Nick.

"It's a pity because we also do cross border [trips]," says a South African driver. "So what will happen when we're going that side. Because when I'm in Zambia for example, they don't treat us badly."

Following the incidents of violence, police arrested members of the All Truck Drivers Foundation (ATDF). The head of the organization says it has nothing to do with the violence. But many of its 5,000 members are frustrated. "By the end of the day, there is the question, how come you give somebody from a foreign country the papers to do the job that I can do here," asks Sipho Zungu, an ATDF member. He says he believes that giving more jobs to South Africans rather than foreigners would solve the problem.

Adrain Kriesch and Thuso Khumalo contributed to this report.

Outrage is growing over what is seen as the targeting of undocumented migrants in South Africa. After a raid and the arrest of about 500 people, the government is being accused of using the migrants as scapegoats. (13.08.2019)

South Africa struggles to combat its problems with violence

Criminality seems to have become an established part of society in the rainbow nation. Murder, rape and xenophobia have painted a dark picture of South Africa. The country is searching for solutions — but will they work? (21.09.2019)

Political figures in South Africa have condemned the latest attacks on foreigners in Durban. At the same time, their anti-migrant rhetoric ahead of elections on May 8 is fueling the country's simmering xenophobia. (02.04.2019)