On June 29 the renowned Nigerian concert series once again hits Lagos. Its organizer, German-Nigerian musician Ade Bantu, sees Afropolitan Vibes as a venue for political criticism and a way to promote young musicians. 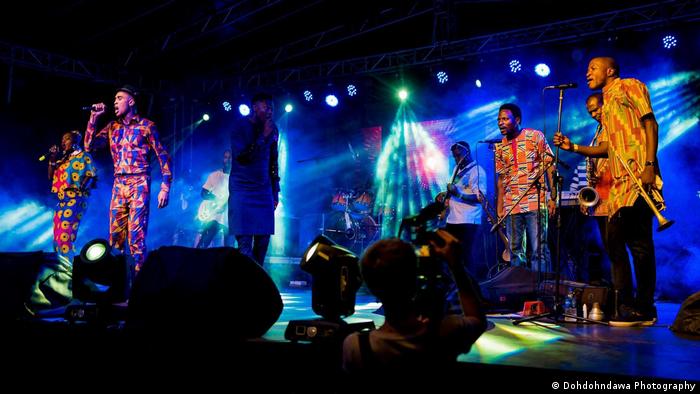 It's been around 10 years since renowned German-Nigerian musician Ade Bantu returned to Lagos, a metropolis of some 20 million people that is Nigeria and Africa's biggest city.

He had spent the previous 20 years living in Germany, where he co-founded the Afro-German hip-hop collective Brothers Keepers. In 2001, the group's anti-racism song "Adriano (Last Warning)" made it to number one on the German charts.

In Nigeria, the 46-year-old musician is now known as the leader of his 13-member band Bantu, as a juror on a music show and as the organizer of the Afropolitan Vibes Festival, which takes place every three months. 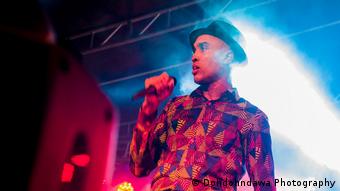 "My goal was to revive the culture of live music in Nigeria. Nightlife had basically disappeared after many years of military dictatorship and curfews," Bantu explained, when asked what motivated him to start the project five years ago.

Then, the performances took place in a tiny venue with fewer than 100 audience members. Now, Bantu said, some 2,000 to 3,000 people visit each open-air event. Afropolitan Vibes has become an important hot spot in Lagos' vibrant music scene.

Bantu doesn't just want to offer opportunities to his own band or established bands, like the pop group Styl-Plus or the singer-saxophone player Orlando Julius. His main objective is to promote young African talent. With his "Urban Sessions," which take place in the afternoon before the major show starts, he has created a platform where these young musicians can try out their music and exchange views during panel talks and workshops.

The Afropolitan Vibes Festival presents a broad mix of music, including hip-hop and electronic, but the main focus is on afrobeat. The  genre, a mix of jazz, funk, West-African highlife and Yoruba music, was created in Nigeria in the 1970s, in large part by legendary Nigerian musician Fela Kuti, who died of AIDS in the 1990s and is considered one of Africa's most legendary musical stars. 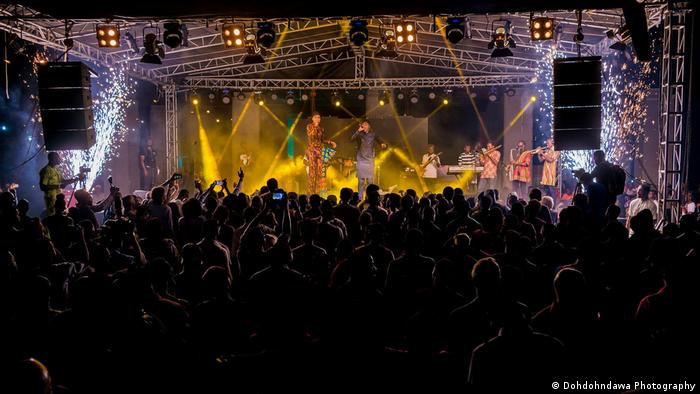 Music, and especially afrobeat, has always been a vehicle for Nigerians to denounce conflicts and bad management. Ade Bantu similarly sees his Afropolitan Vibes as more than just entertainment: "Onstage, I can comment on daily politics. I can criticize the government without being arrested. That's a very important aspect of Afropolitan Vibes."

Whereas normal citizens often don't dare to critically voice their grievances, artists have not only the privilege of being able to do so, but also the responsibility, says Bantu. "I can't go onstage and say, 'Hey, get out of your chairs! Everything is fine in Lagos!' No, we must let the politicians know that we are looking in their direction. There will be elections next year, and we don't have a real alternative party or a real opposition. They're all bribable."

Another important aspect for Bantu is that it's not just wealthy people who can afford a festival ticket. "At concerts in Nigeria, the rich tend to sit in the first rows. They drink and eat while looking rather bored. At Afropolitan Vibes, we don't follow that ranking order. A ticket costs the equivalent of just €2.5 ($3) — and that's affordable also for students and workers." 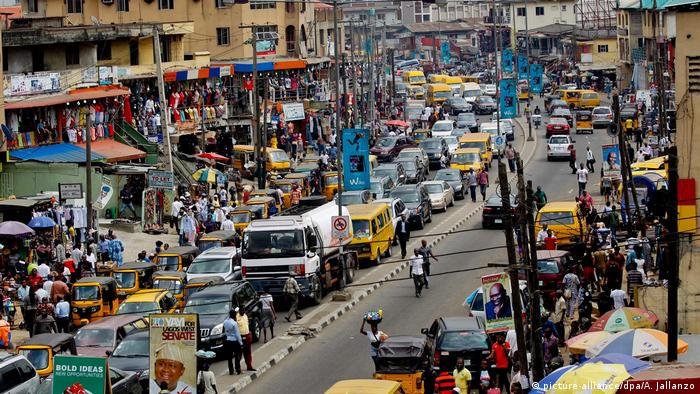 The metropolis of Lagos continues to grow unabatedly

The 'other' Nigeria: Urban, dynamic, modern

At a time when corruption, poverty and terrorism are causing many Nigerians to leave their home country, Bantu has opted for the opposite. After spending numerous years in Germany, during which he also made appearances on DW's English Radio Service, the son of a German mother and a Nigerian father returned to the West African country. Here, he says, he feels like he can actually help change things while being a part of social revolution. 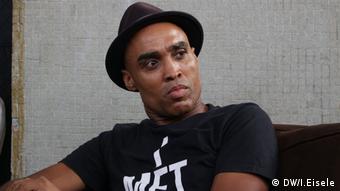 In contrast, he felt increasingly bored in Germany, especially by the role he had to play there. "I was fed up of always defining myself in terms of racism and by always having to explain to people what's going on in Africa."

People who only think of starving children whenever Africa is mentioned have missed out on important developments, Bantu says. "It is precisely because African governments often fail that people take their fate into their own hands. They have so much energy and so many visions. So many things are happening here, and for Europeans, it's worth taking a closer look at Africa."

At the same time, Bantu considers it a privilege to have lived in various countries with varying cultures. "With Afropolitan Vibes, we are trying to create Pan-African awareness about music and culture. Ultimately, it's all about African unity. And that's where Europe is an inspiration for me. I've experienced what it means to pay in euros [across Europe] and to travel without passport controls."

How music can help rebuild Nigeria

In northern Nigeria, the terrorist group Boko Haram is destroying musical traditions. But old recordings in the archive of the Center for World Music in Germany can help in the rebuilding of Nigerian society. (13.12.2016)

Artists After the Escape: How Nneka Egbuna found a home in music

Nothing in life was given to her. Instead, Nneka Egbuna had to fight for it — a struggle which her gripping songs reflect. The German-Nigerian musician granted DW a glimpse into how her life and music span continents. (18.12.2017)