Nigeria: Ruling APC coalition on the brink of collapse?

Less than a year from the next federal election, cracks are beginning to show in the ruling APC party. What does this mean for President Buhari's re-election prospects and the future of the young party? 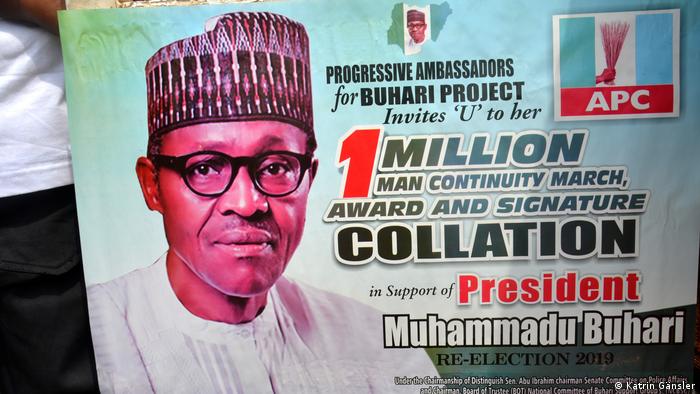 Increasingly strained relations between the executive and the legislature branches of Nigeria's All People's Congress (APC) party are fueling speculation that the coalition may be on the verge of collapse in the lead up to next year's federal election.

Incumbent president Muhammadu Buhari won the 2015 election based largely on his promise to fight rampant corruption and address ongoing security challenges. However, critics claim the president has so far only used his policies to target his opponents.

On Tuesday, APC lawmakers issued a list of demands to President Buhari, which included calls for an end to the "systemic harassment and humiliation by the executive of perceived political opponents."

The National Assembly, which has the ability to impeach the president, threatened to evoke its constitutional powers if the issues were not addressed and certain party members continued to be "ostracized."

The president and parliament were involved in another impasse earlier this year concerning the confirmation of new members of the central bank's monetary policy committee.

Meanwhile, Nigeria's Senate President Bukola Saraki pulled out of talks with Buhari concerning the 2019 elections. The decision came shortly after Saraki was asked by police to respond to allegations that he had links to a gang behind a number of armed robberies, which he strongly denied. 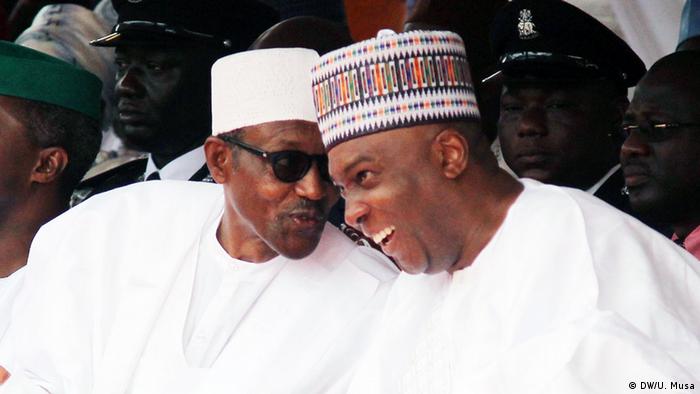 Observers say the current fractured state of the APC can be traced back to its unique formation just a few years ago.

The APC was born in 2013 with the intention of taking on the embattled People's Democratic Party (PDP) and then-President Goodluck Jonathan.  It consisted of three of Nigeria's biggest opposition parties — the Action Congress for Nigeria (ACN), the Congress for Progressive Change (CPC), the All Nigeria Peoples Party (ANPP), as well as a faction of the All Progressives Grand Alliance (APGA). Their presidential candidate Buhari managed to win the 2015 election by almost 2.6 million votes, marking the first time in Nigeria's political history that an opposition political party managed to unseat an incumbent party. It also marked the first peaceful transition of power from one party to another.

But although the coalition was widely hailed as a positive turning point for Nigerian politics at the time, its unraveling has not come as a major surprise.

"We need to remember that there was nothing ideological binding the APC together from the beginning," Tukur Abdullkadir, a senior lecturer in political science at Kaduna State University told DW. "It only came about as a result of a desire to oust the ruling PDP party."

Elizabeth Donnelly, the Deputy Head of the Africa Program at Chatham House, agrees that the foundations of the APC did not provide it with a stable beginning.

"It does seem that this fragile, somewhat uneasy alliance is really starting to show significant stress," she told DW. "At the time, [the formation of the APC] was [an example of] quite astute political thinking in seeing what could be done by forming an alliance across regions and with real political heavyweights in Nigeria. However, with the different regions and different political heavyweights also come complications. So we can now see how the work of being a ruling party has taken its toll." 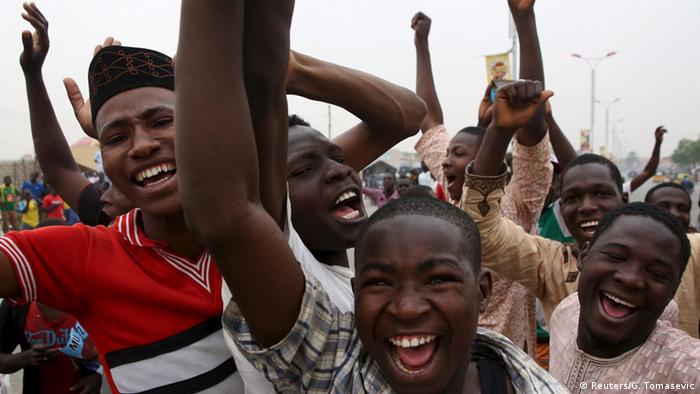 Abdullkadir believes a combination of conflicting interests within the party and poor management have effectively "sown the seeds of discourse."

In the wake of the most recent APC party congress, which was marred by complaints from disgruntled party members and even instances of violence, it would seem now is the time to address the dysfunction. But that's easier said than done, as most party members fight to keep their political careers alive.

"The state governors appear to have cornered every position in the party's directive," Abdullakadir told DW. "The implication here seems to be that if you are not in the good books of your state governor, you seriously stand the risk of losing the primary which qualifies you to contest at next year's general election."

"It's a very dicey situation. If the governors eventually turn their attentions to the PDP as an alternative, it will certainly affect the prospects of the [APC]."

However, this is not the first time a ruling party has struggled to govern effectively in Nigeria — the final months of the PDP in power come to mind. Donnelly thinks that the APC is a microcosm of Nigeria itself in many ways, as it attempts to develop and maintain a sense of political unity in such a diverse region.

"The APC is made up of very different personalities and very different politics," she told DW. "The problem is that the major decision-makers are becoming increasingly distracted by nasty politics. Governance will continue, but this is going to be a year of great distraction."

In April, Buhari officially declared his intention to seek a second term as president. But given the current status of the APC — and his falling popularity among the public — his prospects of re-election are far from certain. Although most observers agree it's too early to make any predictions, especially considering Nigeria has yet to see a real alternative leader with national appeal emerge.

"This really is new ground," Donnelly told DW. "It's a new party. This is the first time it will fight an election from the position of incumbency. We don't yet know whether the APC will split and unravel or whether it will be able to stay the course and see the campaign through to 2019."

A former vice president, Atiku Abubakar is a veteran politician who lost to current-president Muhammadu Buhari during the last election in 2019, which he claimed was rigged.

The principle of rotating presidential candidates between the country's north and south is being challenged as politicians from the major parties begin to vie for positions ahead of the 2023 general election.