Nigerian asylum seekers in Germany seem to find it easier than other African refugees to integrate into the labor market, a survey found. 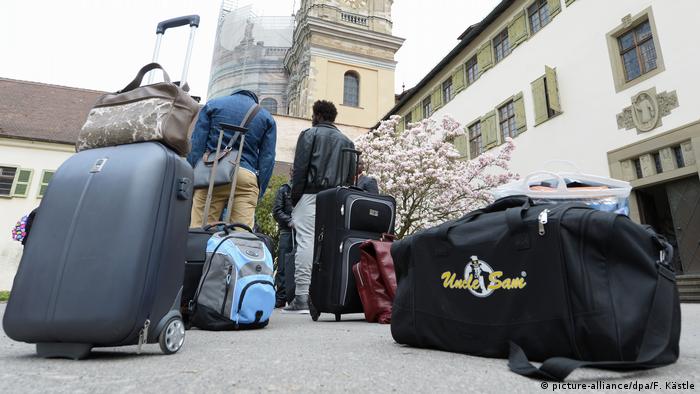 The latest monthly report on the integration of migrants in the German labor market, issued by the Institute for Employment Research (IAB), which is affiliated to the German Employment Agency (BA), shows that Nigerians have an edge when it comes to finding jobs in this country. According to the latest data from the Federal Bureau of Statistics, in March 2017 more than 56,000 Nigerians lived in Germany. Data from the BA points to 20,000Nigerians with either a steady or temporary job in March 2018. Only Pakistanis topped Nigerians in finding work.

Asked why Nigerians are more successful than other Africans, Herbert Brücker, the head of the research department on migration issues, said he could only speculate about the reasons. "My perception is that the rejection rate of asylum applications by Nigerians is relatively high. And counterintuitively, this increases work incentives,” Brücker told DW, adding that many refugees believe that having a job will increase their chances of staying in Germany.

Haruna Salisu, a Nigerian refugee from Kaduna State who came to Germany four years ago, has another explanation: "I believe companies like to keep people who are from Nigeria because they do a good job and they are strong."

Finding work is hard for all asylum seekers, even for the highly motivated. Ahamamadu Tijjani from Kanu State works in a warehouse in Düsseldorf. He has been living in Germany for the past 22 years. "It is not easy to get the papers as a refugee. Even when I came it was not easy because you have to meet certain requirements and follow the procedure," he said.

Asylum seekers in Germany are not allowed to work for the first three months after arriving and applying for refugee status. Although they can get a work permit after that period of time, it often takes years to find a job. Since 2015, when the IAB started making the survey, about a quarter of refugees found employment. 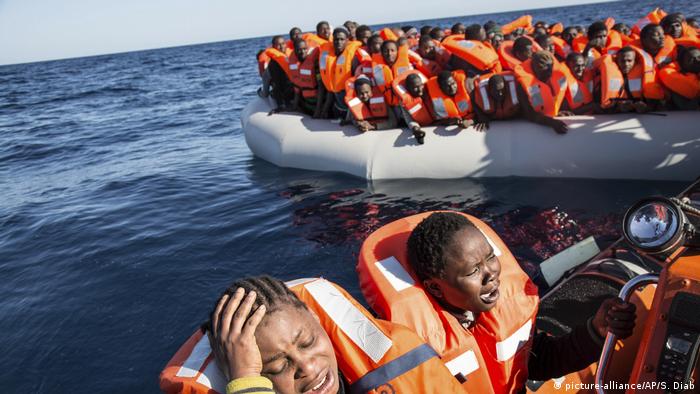 Ahamamadu Tijjani has not forgotten the difficulties he went through. "It took me six years on the whole to get my papers as a refugee. When I came, there were no opportunities. It was not like now that possibilities are given by the government in terms of training, education and German classes," he said.

Migrants do not want to depend on aid

Following the arrival of almost a million refugees – mainly Syrians – two years ago, the German government started changing its laws to accelerate their integration into the labor market. But not all are given the same opportunities. Usually only those with good prospects of having their asylum application approved are given access to language courses and vocational training.

Many migrants depend on state aid and welfare. Haruna Salisu is one of them. "I receive a monthly allowance of about €300 ($350) from the government. But I want to work," he told DW.

Salisu has completed a German language proficiency course and wants to become a healthcare assistant, for which professional training is required. "It will take me three years to complete the program before I will be able to look for a job" he said. 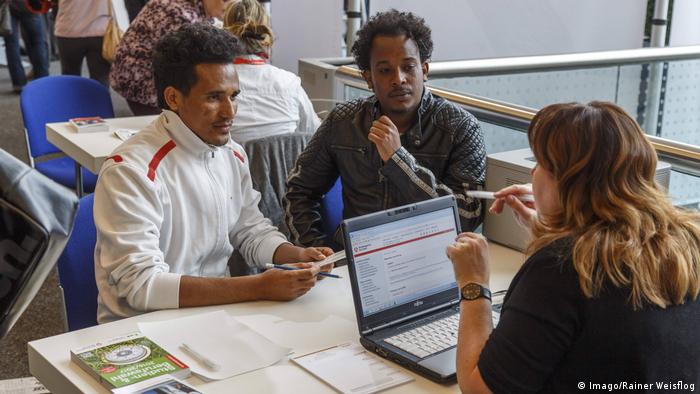 While the government has introduced labor programs, sometimes in partnership with the private sector, most refugees do not find work through official channels. "Most of the jobs, as we see in our data, are found via personal networks. Many refugees from many countries are pretty successful using their own networks, those of other groups and through making friends," according to analyst Brücker.

Among the biggest obstacles in the search for work is the German language. Yusuf Umar, a Nigerian from Borno state, has been living here for four years. "I think I am eligible to get a job here. But the problem is the language. Here in Germany, companies attach a great importance to language skills," he told DW.

A lack of language skills is not the only problem. About 80 percent of all refugees arrive in Germany without an academic degree or vocational training, which reduces their choice of jobs. "Most of them enter the labor market in areas such as hotels and restaurants or services in the housing sector," according to Brücker. For those employed full-time, the wages are enough to live on without further state assistance, Brücker said, adding: "Perhaps people from Nigeria are able to adjust faster to the labor market requirements in Germany. We do not have detailed micro evidence on that so far. But we will have it in the future."

Many refugees experience disappointment when they arrive in the EU - or even before they reach European shores. A UN program helps to reintegrate them in their countries of origins - if they choose to return voluntarily. (26.07.2017)