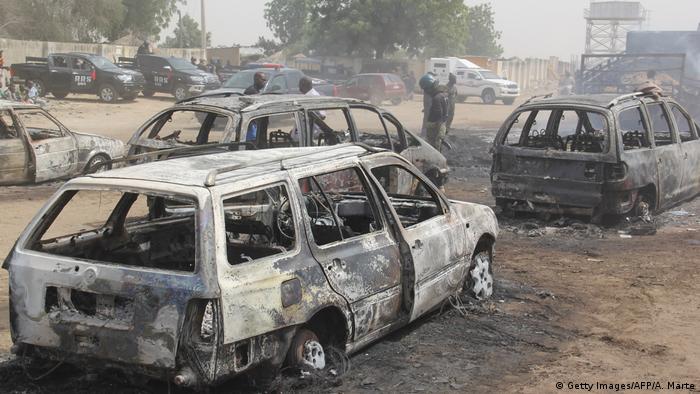 More than 30 people were killed on Sunday while sleeping inside their cars.They had been locked out of the city gates outside of the town of Auno.

According to the state government spokesman, Ahmad Abdurrahman Bundi, the attackers stormed in on trucks mounted with heavy weapons, before killing, burning and looting, as well as kidnapping women and children.

Governor Babagana Zulum accused Nigeria's military of failing to protect the victims and once again called for soldiers to re-establish a base there.

"The fact is, we have made several attempts for the Nigerian military to establish their unit in Auno, but nothing was done," he said. "As soon as it is 5 o'clock and they closed up the gate, they abandon the people and move over to Maiduguri."

General Olusegun Adeniyi expressed "profound sadness" over the attack, but stressed that the military needed to keep the highway closed at night in order to conduct its counterinsurgency operation against Boko Haram and other breakaway factions linked to the so-called Islamic State extremist group. This particular highway is frequently targeted by the Islamic State West Africa Province Group (ISWAP), which split from Boko Haram in 2016. 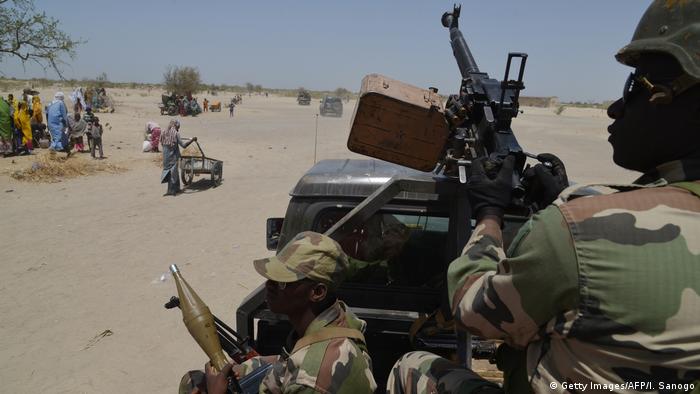 Many residents in the region don't trust the Nigerian military,after more than a decade of violent attacks by Islamic militants.

Since 2009, Boko Haram and its offshoots have waged an insurgency across northeastern Nigeria that has killed tens of thousands and displaced millions.

Security analyst Kabir Adamu thinks the expectations of residents and the capabilities of the military are not in line with one another.

"The military has not been able to manage the expectations of the local population, and that is denying them the ability to win the hearts and minds of the population," he told DW.

"That is not to say that they are not working hard. But there is a gap in the protection of people in that area and what the military is actually doing."

The poor security situation is exacerbated by the vast area and an insurgency that understands the intricacies of the land better than the security agencies themselves. With limited progress made after years of fighting, Adamu says the Nigerian army and security agencies are feeling the strain.

"You're dealing with state security agencies whose morale is very low," he says. "Some of them are quite frustrated with the inability of the local population to support them. It makes the challenge of protecting the entire territory very difficult." 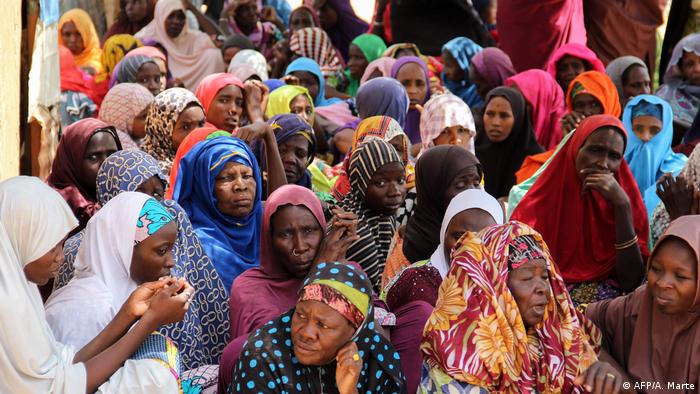 Women have borne the brunt of Boko Haram attacks

In addition to the military and the police, Nigeria has numerous agencies responsible for security in the country — including the Nigeria Security and Civil Defense Corps, the State Security Service, and the Federal Road Safety Corps, just to name a few. The country's security framework is vast and complex, making it particularly vulnerable to corruption and mismanagement. This, in turn, makes it harder to ensure effective operation in conflict areas.

"The security architecture and security strategy of Nigeria, unfortunately, does not have that element of coordination," says Adamu. "There's a school of thought that the entire security architecture in Nigeria lacks proper monitoring and evaluation. In other words, there are no mechanisms for monitoring and evaluation that would allow anyone to understand what they're doing."

Nigeria's budget for 2020 is a record of 10.59 trillion nairas ($35 billion, €32 billion). Approximately 2 trillion nairas is expected to be put towards security. However, there are no transparent means of knowing exactly what this will be spent on.

Ultimately, the main goal for Nigeria's security sector in the near future should focus on enhancing synergy at the strategic, policy, and operational levels. "[This] means more personnel, better intelligence sharing and better deployment of equipment and personnel," says Adamu.

"Any effort that would enhance synergy at the strategic, policy, and operational level would be significant. It means more personnel, better intelligence sharing, and better deployment of equipment and personnel." 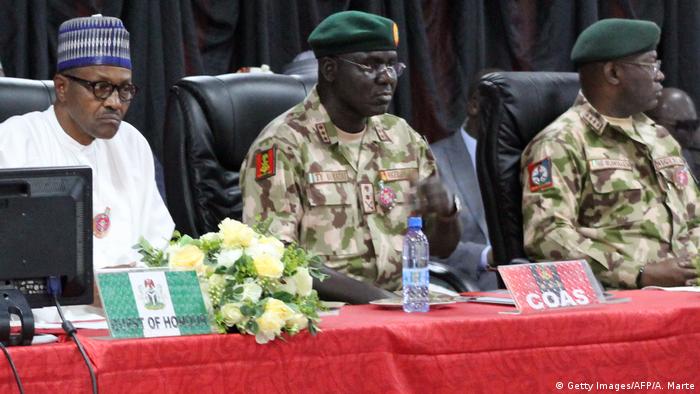 Shifting away from a military mindset

But this is much-needed reform is easier said than done. Despite growing public concern, security was not a major issue during last year's election campaign, which instead focused on the country's burgeoning, volatile economy, and corruption.

Adamu believes this is mainly due to the military mindset of Nigeria's leaders and resistance to change.

"I think there is a desire to protect what they know," he says. "Most of the leadership in the country is [made up of] former military personnel. So there is an over-concentration of what some would call the militarization of security in Nigeria."

Political analyst Umar Adamu thinks this approach will ultimately backfire on the government.

"The reason why the previous government lost its integrity and popularity is because of the security problem," he told DW. "The president should do everything possible to make sure that he changes them with a new, fresh set of service chiefs so that they can improve in the security situation in the country."

However, there is a reason for optimism. Several regional security initiatives have recently been put forward, including in the country's south-west and south-eastern states.

In December, President Muhammadu Buhari launched the National Security Strategy, the result of rigorous negotiations by relevant security stakeholders to involve all segments of society and elements of power. While it is supposed to represent a paradigm shift, the real challenge will lie in its implementation.

The Boko Haram attack was the deadliest on Chadian forces to date. Security sources believed that the raid was a bid to steal military equipment. (22.03.2019)

Nigeria's Operation Safe Corridor aims to facilitate the rehabilitation of ex-insurgents. However, many victims remain hostile towards those attempting to reintegrate into society. (08.08.2019)