Terrorism, economic crisis, corruption - Nigeria’s President Muhammadu Buhari will be taking some issues with him on his trip to Berlin. What are the five major challenges Buhari is facing? An overview. 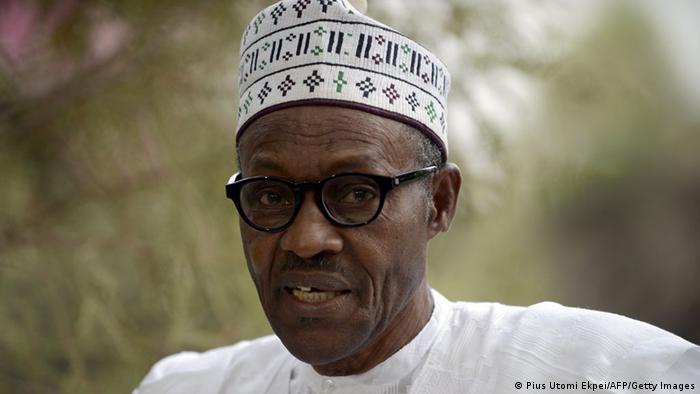 He promised to defeat the islamist terror group Boko Haram. Since his election in March 2015, Buhari has been able to curb the influence of the Islamist extremists. But although the president in December 2015 said that Boko Haram was "technically defeated," the islamists continue to attack. The terrorist group is said to be responsible for an attack in Maiduguri on Wednesday that left eight people dead.

Still unclear is under what circumstances the 21 Chibok schoolgirls were released on Thursday. According to local sources, the girls were swapped for Boko Haram prisoners. The Nigerian government has denied this. Over two years ago, Boko Haram kidnapped 276 Nigerian schoolgirls from Chibok. The Chibok girls became a symbol of the Boko Haram terror. Although the Nigerian military was able to claw back territory from from Boko Haram, Buhari has been under criticism, because he wasn't - until this week - able to free any of the girls.

And in the northeastern part of the country, the population still faces a humanitarian crisis because of Boko Haram. UNICEF workers are referring to the worst situation of hunger in the world. More than three million people in the region have been forced out of their homes. Aid agencies can only reach many of the refugee camps by helicopter - the streets are very insecure. Oxfam workers accuse the army of doing nothing in the region instead of securing access roads for aid agencies. 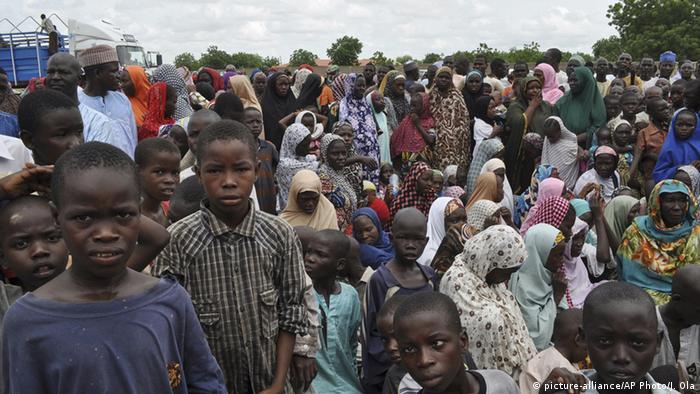 The fight against Boko Haram is costing Buhari a lot of money and it is running out. The price of oil has gone down by half since mid 2014, likewise oil production has sunk drastically due to sabotage by rebels in the Niger Delta - Buhari's next problem. Although Nigeria is the eighth largest oil producer, it has to import petrol because Nigerian refineries are dilapidated. The inflation is almost 18 percent - its highest peak in over ten years.

Power supply poses as a problem for industry. Nigeria produces five percent of its electricity. There are frequent power outages  - even in the capital Abuja. The International Monetary Fund estimates the economy will contract by two percent in 2016. In 2014, Nigeria grew by almost seven percent.

The country suffers from its dependency on oil, and has to now diversify its economy. Buhari promised to do this and wants to invest in agriculture and infrastructure. But where the money will come from is still unclear.

Since the beginning of the year Buhari has a new adversary: The Niger Delta Avengers (NDA). They are responsible for attacks against the infrastructure of the big oil firms in the country's oil-rich south. The rebel group has made it clear that it wants to halt oil production in Nigeria. As of now the attacks have reduced oil production from the planned 2.2 million barrels to 1.4 million barrels a day. The Nigerian military speaks of "economic terrorists" and they are deploying fighter jets and naval vessels against them. The NDA demand a fair distribution of the income from the oil businesses and are threatening to declare independence in the Biafra region. Almost two million people lost their lives in the Biafra war between 1967 and 1970 in an unsucccesful fight for an indepdendent state.

The widespread corruption in Nigeria is also crippling the development of the country. The anti-corruption watchdog Transparency International ranked Nigeria 136th out of 168 countries in 2015. Buhari is seeking to combat corruption. Last week security forces arrested six high court judges and confisicated 800,000.00 US dollars. Human rights activists, however, accuse Buhari to have criticized the operation saying it was not unconstitutional and undemocratic.

Currently Buhari is also facing critiscm from his own wife. Aisha Buhari said in an interview with BBC that top jobs in the ruling party were appointed on influence rather than merit. Aisha Buhari said she would not go out and campaign for her husband's election again under such circumstances. 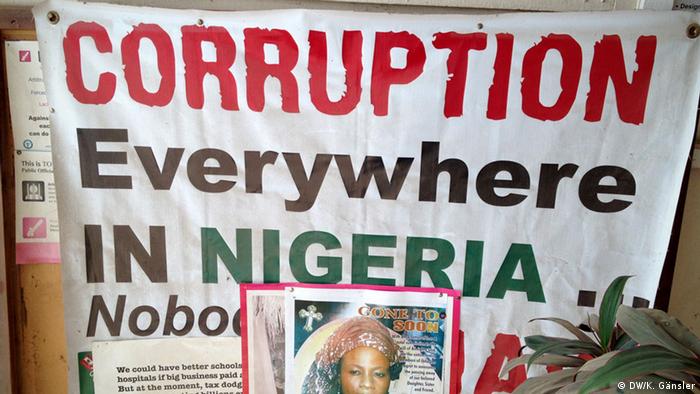 Buhari promised to fight corruption during his term in office

About half of the 180 million Nigerians are Muslims, most of them Sunnis. The relationship between the Shi'ite minority and the government is tense.

Amnesty International accuses the Nigerian military of killing 350 Shi'ites from the Islamic Movement in December. The government maintains that the group provoked the attack. The military says the Shi'ites tried to kill the country's army leader. Human rights activists question this version of events.

There were violent clashes between the Shi'ites and security forces on Wednesday. According to the Shi'ite community at least 22 people were killed. In various cities the processions of the Shi'ite festival ended in violence.

Aisha Buhari has questioned the extent of control her husband, Nigerian President Muhammadu Buhari, has over his government. She said she would not campaign for him in the 2019 elections if things remain the same. (14.10.2016)

Another 21 of the 200 girls kidnapped over two years ago by Boko Haram have been released to the custody of Nigeria's government. The abductions brought about the international #BringBackOurGirls hashtag campaign. (13.10.2016)

Attacks on Nigeria's oil infrastructure have succeeded in reducing its oil production by 700,000 barrels per day. In the past, rebels hinted at secession but now appear to have tempered their demands. (21.08.2016)