Attacks on Nigeria's oil infrastructure have succeeded in reducing its oil production by 700,000 barrels per day. In the past, rebels hinted at secession but now appear to have tempered their demands. 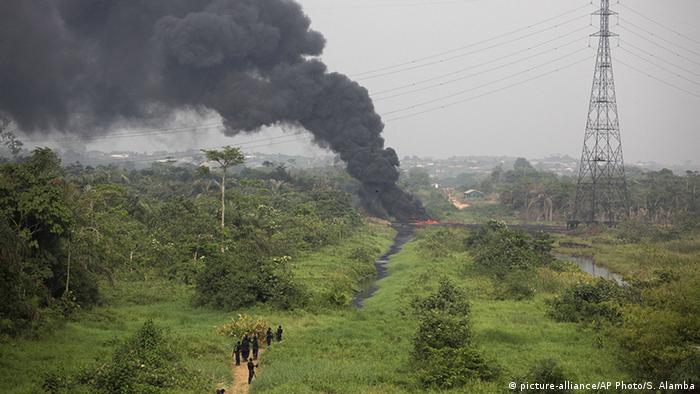 A Nigerian militant group that has been attacking the country's oil infrastructure in the Niger Delta has agreed to a ceasefire and negotiations with the government.

The region has been racked by violence as rebels, known as the Nigerian Delta Avengers (NDA), have sought to disrupt the government's oil production - and have largely succeeded. Nigeria's oil output has been slashed by 700,000 barrels a day to 1.56 million.

But it remains to be seen how well the ceasefire will be implemented given the fractured nature of the rebels, which often include unemployed youths driven by poverty. Even their "generals" are said to have a hard time controlling them.

"We are going to continue the observation of our announced ceasefire of hostilities in the Niger Delta against ... the multinational oil corporations," the NDA said in a statement on Sunday. "We promise to fight more for the Niger Delta, if this opportunity fails."

The NDA have claimed several major attacks but have been less active recently. The relative calm had sparked speculation about a ceasefire, as the government has been reaching out to the militants over the past two months.

The group said it supports a dialogue "to engage with the federal government of Nigeria, representatives from the home countries of all multinational Oil Corporations and neutral international mediators."

Oil giants including Shell, Exxon, Chevron, Eni and the state-run oil group NNPC have all been targeted for attack this year.

The NDA appear to have scaled back their demands, saying they want talks to focus on de-escalating the Niger Delta conflict. Previously, the rebels said they were fighting for oil revenues in order to pull the impoverished region out of poverty. They have even hinted at secession, an idea that the government categorically rejects.

"There was no immediate statement from the government of President Muhammadu Buhari, but a youth council representing the largest ethnic group in the delta urged the government to take advantage of the opportunity for dialogue.

We welcome the conditional declaration of ceasefire by the Niger Delta Avengers if it is actually from them," the Ijaw Youth Council said in a statement.

"We call on the federal government, especially President Buhari, to take advantage of this ceasefire to aggressively dialogue with the people of the region to address the issues affecting the region."