Militants have attacked the northern Nigerian town of Gudumbali, with residents reporting several deaths. The Nigerian government had asked displaced people to return to the town in June. 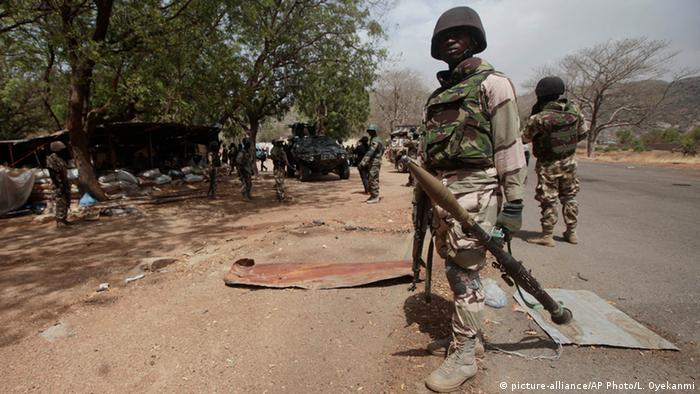 Islamist militants reportedly traveling on motorbikes and pick-up trucks attacked the town of Gudumbali in northern Nigeria on Friday, with residents saying many people had been killed or forced to flee.

A vigilante, Baba Ali Musa, said the militants had shot sporadically as they entered the town.

"They were saying, if you know you're an innocent person just leave the town, our target is not you, or if you wish to stay with us, it's no matter, you can stay with us," he told Reuters news agency.

Another resident, named only as Mohammed for fear of military reprisals, said many civilians had been killed and thousands had fled their homes.

Gudumbali, which is located at a key crossroads and home to a military outpost, is a town to which the Nigerian government ordered thousands of people displaced by the decade-long war with the Islamist militant group Boko Haram to return in June. Those who refused were reportedly denied food and other aid by officials.

Gudumbali was also where one of the most deadly battles with Boko Haram occurred in 2015. Scores of soldiers were killed in the fighting.

The government under President Muhammadu Buhari remains under intense pressure to control insurgencies both by Boko Haram and its breakaway group, Islamic State in West Africa (ISWA). Buhari has repeatedly declared Boko Haram defeated, but the two groups, which claim to want to establish an Islamic caliphate in the country, continue to carry out attacks in the northeast and Lake Chad region.