Niebler: 'What's wrong with the cross on the wall?'

At a time of growing divisions in Europe over religion and migration, DW talks to Angelika Niebler, MEP for Bavaria's Christian Social Union (CSU), about whether politicians should be avoiding religious issues.

One of the biggest challenges the European Union (EU) faces right now is migration. Some European politicians have rejected migrants based on their religion.

Hungarian Prime Minister Viktor Orban is leading the chorus of warnings about Islam. He told German daily Bild a few months ago: "We don't see these people as Muslim refugees. We see them as Muslim invaders. (…) They crossed the border illegally. That was not a wave of refugees, but an invasion."

On DW's Conflict Zone, Angelika Niebler, member of the European Parliament for Bavaria's conservative Christian Social Union (CSU), said she doesn't agree with Orban's statements, even though the Hungarian governing FIDESZ party is in the center-right European People's Party (EPP) - the largest grouping in the European Parliament, which also includes Niebler.

"Mr. Orban's party is a member of our EPP group. (…) And I think there is a big chance for us to debate on issues like that, to criticize and to try to convince him also to slightly amend his [opinion]." 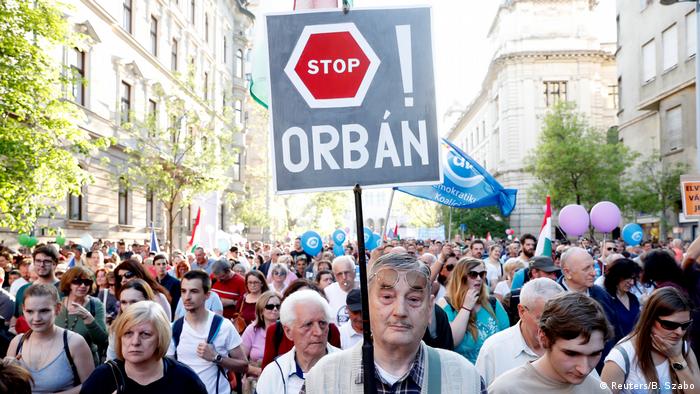 The foreign minister of Luxembourg, Jean Asselborn, accused Orban of violating the EU Charter of Fundemental Rights and demanded sanctions against Hungary.

But Niebler said sanctions wouldn't push Hungary in the right direction. Instead, dialogue is the way to go, according to Niebler.

"I think blaming and shaming is good. I think having an open and frank and controversial debate is good," she said. "If someone is not to sticking to the rules then we have a mechanism, which is going to be introduced. And right now we are watching, we are observing. And if it's changing then the other instruments are going to be triggered."

Orban and the CSU

Niebler is not only an MEP for the CSU, she's also the vice chair of the party, which keeps inviting Orban as a guest of honor to CSU retreats. Long-time CSU leader Horst Seehofer has said we should not "demonize" Orban. 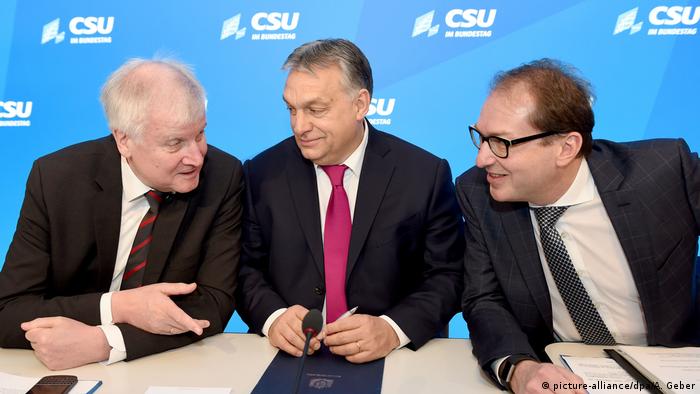 Confronted with her party's public support of Orban, Niebler said: "We have a long history with Hungary, we as Bavarians."

Niebler said this is an argument for understanding and talking to Orban rather than judging him.

She then pointed out that a large majority in Hungary supported Orban's political line by voting for him in the last election.

"So this is not a justification but I think this is part of accepting the reality as it is."

'Islam does not belong to Germany'

CSU party leader Horst Seehofer, who is also Germany's interior minister, caused a similar uproar when he rejected the idea that the Islamic faith could be part of German culture - a statement that Angela Merkel has repeatedly made since 2015. 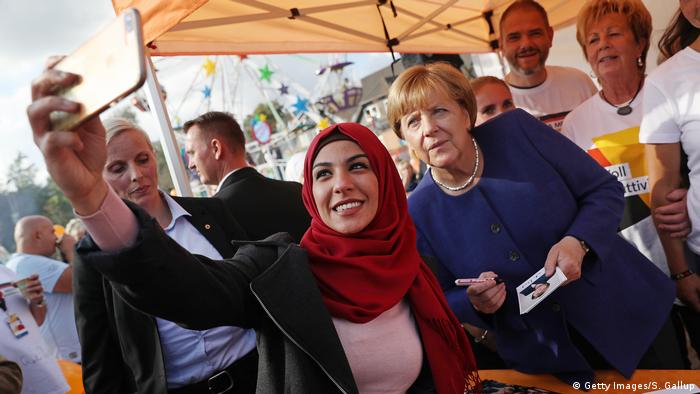 "No. Islam does not belong to Germany," he said in an interview with the German daily Bild newspaper.

On Conflict Zone, Niebler defended the CSU leader, saying that what he was trying to say was that Germany's identity and cultural roots are based on Christianity rather than Islam.

"These are the values upon which our society is built upon. And the same is not true for Islam and that's the only thing we want to express in Bavaria."

Pressed on whether she thought Islam belongs to Gemany or not, Niebler said:

Bavarian State Premier Markus Söder recently ordered that crosses be hung in all state buildings in the southern German state. He called the move an "avowal of Bavarian identity."

But the move sparked nationwide criticism. Cardinal Reinhard Marx, the head of the German Bishops' Conference, said it is "expropriating the cross in the name of the state."

Niebler defended the move, saying: "What's wrong with the cross on the wall? I don't think it's wrong. (…) The cross is not only a religious symbol but also symbolizing what our culture is."

She added that she wouldn't mind having the Star of David displayed in public buildings as well.

Asked why it's okay to have crosses and the Star of David in state buildings, but not symbols representing Islam, Niebler said:

"This is not what our religion is about, what our country is about."

Huge crowds have rallied once more in Budapest against newly re-elected Hungarian Prime Minister Viktor Orban. Protesters accuse him of taking control of the media and turning it into his propaganda instrument. (21.04.2018)

In his first speech in parliament, Germany's new interior minister said the country needs a 'strong state' to protect its citizens. He reiterated his call for tighter internal border controls. (23.03.2018)

Police law changes wanted by Bavaria's conservatives have drawn at least 30,000 protesters to Munich. Critics have decried the bill as draconian and warn it could become a blueprint for harsh policing across Germany. (10.05.2018)