A report for the European Parliament accuses Hungary of serious violations of EU values and recommends triggering sanction proceedings. It's unclear, however, whether the measure has enough support to pass. 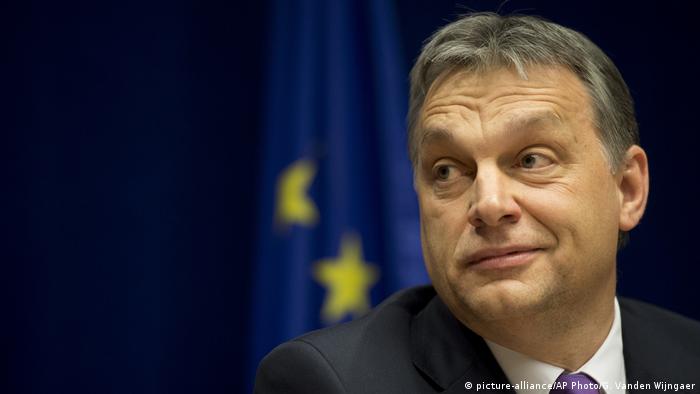 Democracy and rule of law are under threat in Hungary, according to a report commissioned by the European Parliament that was presented on Thursday.

Dutch MEP Judith Sargentini, who was tasked with writing the report, recommended initiating Article 7 sanctions proceedings against Hungary, which could further widen the divide between Brussels and Budapest.

Orban vs. the EU: Hungarian Prime Minister Viktor Orban's relationship with Brussels remains strained. The EU has threatened triggering Article 7 in the past over Orban's push to restructure Hungary's media, government and justice system. One particular bone of contention has been Orban's refusal to implement a European Court of Justice decision demanding it accept refugees under a bloc-wide quota resettlement system.

What is Article 7?  Article 7 is a mechanism of the Lisbon Treaty that opens a path for sanctions against a member state and a temporary loss of EU Council voting rights. It is triggered when a member state violates European values and the rule of law. It was invoked for the first time last year against Hungary's ally Poland.

Does it have enough support to pass? It's unclear how many MEPs back the measure. The European People's Party (EPP), which consists of Orban's Fidesz party as well as German Chancellor Angela Merkel's Christian Democrats (CDU), strongly opposes disciplinary moves against Hungary. The EPP is the largest party in the EU Parliament.

What happens next: The Civil Liberties Committee will vote on the report in June and it will be put to a vote before the rest of the EU Parliament in September. It will need a two-thirds majority in order to pass parliament before moving on to the EU Council.

Fraud in EU-funded projects in Hungary