For the third time in a row, Viktor Orban and his Fidesz party have won the Hungarian elections with an overwhelming majority. The country's flailing opposition, which shares the blame, now faces an uncertain future. 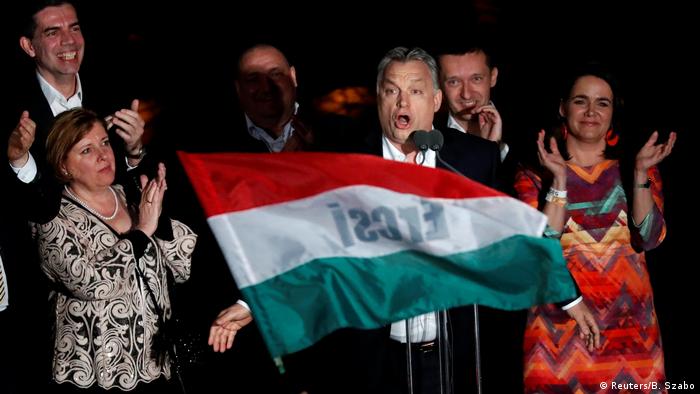 There was a time leading up to Hungary's national elections when the opposition held out hope of defeating Viktor Orban. Pollsters had predicted a simple majority for the prime minister and his national-conservative Fidesz party. But there was also a sense Hungarians were ready for change, and right before election day, a slim minority of voters in the country appeared in favor of a new government.

Instead of sweeping change, however, Sunday brought a rude awakening for the opposition.

The prime minister's latest triumph marks the most bitter defeat Hungary's opposition has faced in the past eight years. Visibly so: At various press conferences on Sunday night, the party leaders and top candidates came across as utterly disappointed, even largely disoriented as they expressed personal contrition, desperately searched to explain their failures and directed accusations at Orban. 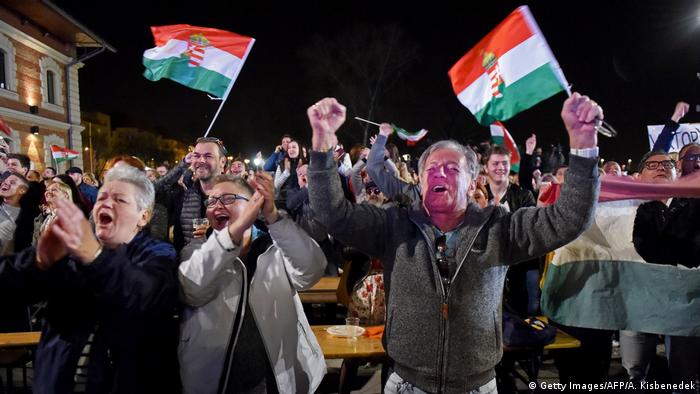 Election observers in Hungary have called the vote "free but unfair," saying it favors parties like Fidesz: Of the 199 lawmakers, 106 were directly elected. The opposition's only chance against Fidesz, Hungary's lone major party and one with an extremely stable and disciplined camp of voters, was to campaign with joint candidates — something they failed to do in many constituencies.

As a result, Fidesz's candidates were able to record victories despite opposition candidates together having received more votes overall. In Budapest, for instance, the opposition could have won all 18 constituencies, but they only managed to take 12.

At the same time, Sunday's national vote was — unheard of before in Hungary's post-Communist history — a referendum of sorts on Orban's migration policies. Orban geared his entire campaign to that one issue by presenting himself as the only guarantor against the demise of the Hungarian state and the Hungarian nation due to uncontrolled migration and immigration.

Not only did the opposition have little to counter that strategy with — its leaders didn't want to. Hungarian politicians across all party lines seem opposed taking a more migrant-friendly stance. Some members of the opposition even berated the Orban government for a last remaining smidgen of humaneness, that is, for having accepted about 3,000 refugees in recent years in the framework of existing asylum legislation. In the end, it seems many voters preferred to vote for the predictable original over the muddle-headed copy. 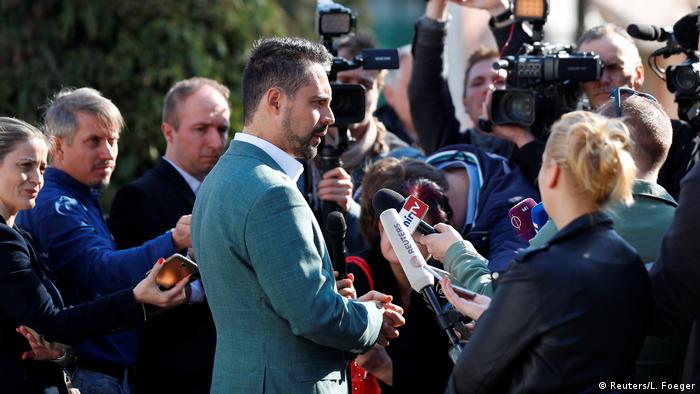 A number of opposition party leaders stepped down following the vote, including Jobbik's Gabor Vona

The result is an opposition headed even further downhill. Most party leaders and top candidates stepped down from their positions after Sunday's vote, including the heads of the right-wing Jobbik party — the country's strongest opposition faction — the Socialist party (MSZP) and the green-liberal LMP party.

Once far right, Jobbik has struggled to maintain support after adopting more moderate positions. The party's influential radical wing wants to seize power from former leader Gabor Vona's supporters. It is unlikely, however, that Jobbik will revert back to its more extreme views — Orban has simply left no room to the right of Fidesz.

Ferenc Gyurcsany, Hungary's prime minister at the head of a socialist-liberal government from 2004 to 2009, plays a particularly unfortunate role in the increased power Fidesz wields. He was partly responsible for numerous corruption scandals that gave rise to Orban's two-thirds majority victory. Gyurcsany's new leftist-liberal Democratic Coalition (DK) party, an MSZP offshoot, won 5.6 percent of the vote on Sunday. Most Hungarians view "champagne socialist" Gyurcsany, whose business dealings have made him a multimillionaire, as a toxic figure. But he has shown no inclination to declare his withdrawal from politics.

Gyurcsany and the MSZP thus appear to stand in the way of a leftist renewal. The socialists have been unable to shake the image of a corrupt party following in the immediate footsteps of communism.

Gergely Karacsony, the popular mayor of Budapest's 14th district who served as the joint candidate for his Dialogue (Parbeszed) party and the socialist MSZP, could spearhead a future left-wing opposition party. Hungary's left needs to be recreated from the ground up, he said after the opposition defeat on Sunday. Presumably, that includes focusing on Hungarians who live in the countryside, many of them in poverty. Both leftist and liberal opposition parties have tended to ignore these voters. Unlike Jobbik, they don't even have party offices across much of the country.