Police law changes wanted by Bavaria's conservatives have drawn at least 30,000 protesters to Munich. Critics have decried the bill as draconian and warn it could become a blueprint for harsh policing across Germany. 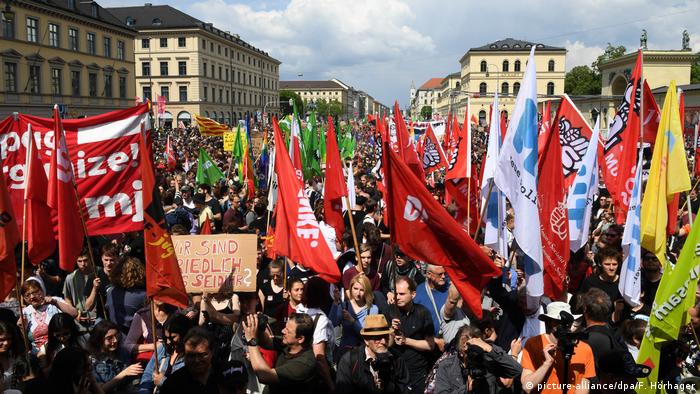 Protesters staged one of the biggest rallies seen in years in Munich Thursday as a newly formed alliance of some 80 civil society groups and political parties demanded that Bavaria's government drop its controversial legislative package.

The crowd converged on the city's Odeonsplatz after an opening phase on Munich's Marienplatz drew more than past Bayern Munich football trophy celebrations, reported the Munich-based Süddeutsche Zeitung newspaper.

A modified version of Bavaria's Police Tasks Bill (PAG) is expected to be passed on May 15 in the state assembly – given that the Christian Social Union (CSU), led by its new leader and state premier, Markus Söder, holds 101 seats in the 180-seat chamber.

The CSU argues the intended law update only implements the EU's new data privacy directive and a German constitutional court ruling making it easier for police when tracking suspected terrorists.

The CSU, an ally of Chancellor Angela Merkel's Christian Democrats (CDU), is campaigning for regional re-election in October on a hard-line agenda to persuade Bavarian voters not to drift further toward the far-right Alternative for Germany (AFD).

Protesters Thursday, calling their movement "noPAG," warned that the bill would amount to a "massive attack" on democracy and fundamental rights.

"We're demonstrating loud but peacefully," said Simon Strohmenger of the noPAG movement, which put the turnout at 40,000. 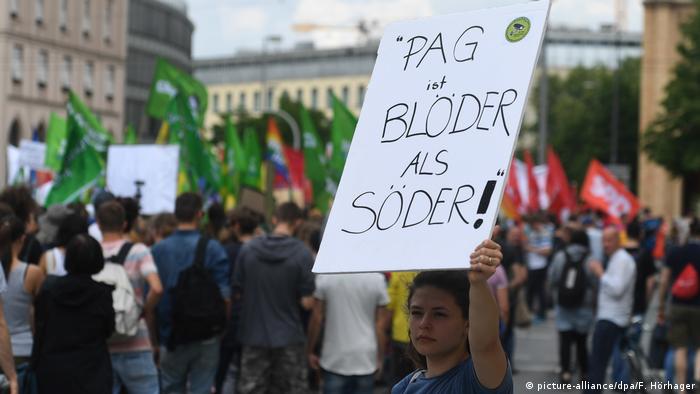 Inserted into the PAG draft bill is the term "impending danger or peril" (drohende Gefahr in German) used in counterterrorism. Critics say that its inclusion in the PAG draft would widen police powers to act preemptively against "serious offenses" (schwere Delikte) — far beyond court scrutiny of "concrete danger." 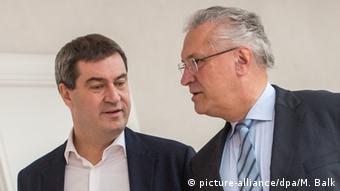 In a press statement on Thursday, Hermann said it was "utter nonsense" that the state's police would be turned into a secret police and Bavaria into a surveillance state.

The Bavarian interior minister had previously asserted during a debate last month that the critics of his legislation were conducting a disinformation campaign.

Policing in Germany is constitutionally the prerogative of each of the 16 regional states, with federal authorities, notably the federal police, focused on patrolling Germany's external borders, its diverse airports, railway stations and train routes.

Bavaria's police force is the largest regional law enforcement entity in Germany, comprising some 33,500 armed officers alongside civilian staff, making 42,000 in all.

The commonly used term "the police" is largely a misnomer or simplification because of forces' diversity within Germany, say experts.

Germany also has multiple intelligence agencies, at the regional and federal level — a legacy of postwar divisions of power set by the Allies — and a federal customs agency headquartered in Bonn, the Zoll, whose units have some policing powers, for example, to pursue illegal employment on building sites.

The CSU has 101; three opposition parties 77 seats; 3 others are independents.