German state of Bavaria plans to bring back border police | Germany | News and in-depth reporting from Berlin and beyond | DW | 20.04.2018

Locals lost faith in Germany's federal authorities when tens of thousands of refugees entered Bavaria in the summer of 2015. Now the southern state plans to reinstate its border guard. 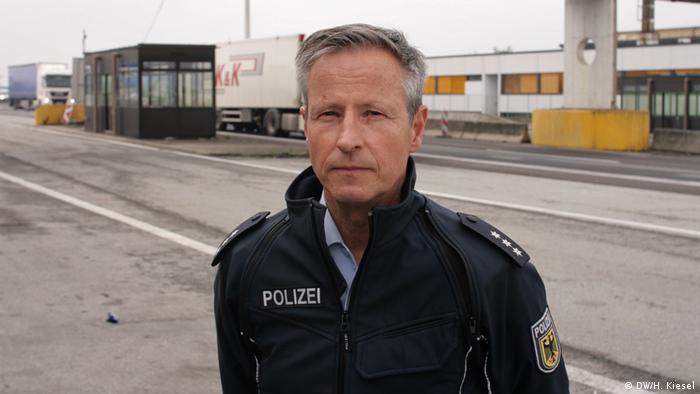 Police chief inspector Timo Schüller (pictured above) stands next to Germany's A3 motorway at border to the Austria. One after another trucks drive past him. The noise is deafening. Schüller, wearing a blue sports jacket, has to raise his voice to be heard. "Many refugees from the Middle East cross into Germany here," he explains. The motorway is part of the so-called Balkan migration route.

Schüller looks over to a dark brown, derelict former border post still located between both motorway lanes. The building used to be part of the Suben checkpoint, which was located just south of the Inn River, which divides Germany and Austria. The checkpoint was closed when Austria joined the EU's Schengen agreement, which prohibits border controls within the bloc. That was in 1995. Back then, Bavarian border police served at Suben. By 1998, the control post became superfluous and was closed. "Now, we're patrolling a 30-kilometer-wide [19 mile] strip along the border, and we're doing a good job," Schüller says. 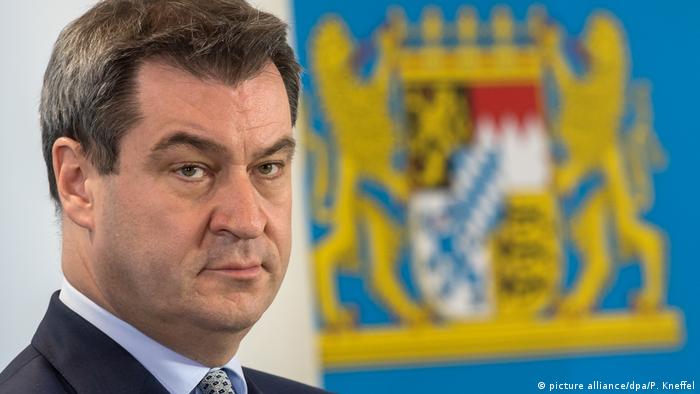 Officially, nobody is challenging this assessment. But some political leaders in Bavaria imply that border checks should in fact be improved. Bavaria's state government has a vision of what the future of border policing could look like: Newly appointed State Premier Markus Söder of the conservative Christian Social Union (CSU), sister party to Chancellor Angela Merkel's Christian Democrats (CDU), announced plans to establish a Bavarian border guard, promising that, "We will get to work!" And Interior Minister Joachim Herrmann stressed that "our new border guard will help reduce illegal migration, fight inhumane people smugglers and cross-border crime." A 1,000-strong border guard is planned.

Refugee crisis and a loss of control

Timo Schüller learned of these plans "from the media." And he doesn't want to provide a political interpretation. So he flatly states: "In Germany, the national police force is responsible for protecting borders." Which, he says, is exactly what it says in the law pertaining to the national police force. And it's what can be observed every day. Uniformed and plainclothes national police officers patrol the area, with the right to stop and search any car they deem suspicious.The Bavarian state police participate in these random spot checks. The law stipulates that they must hand over asylum-seekers, migrants in the country illegally and people smugglers to the national police.

The Schengen agreement did not put an end to border surveillance. EU citizens were given the feeling that state borders had ceased being important. In the meantime, the mood has changed. Schüller gets into his police car. He wants to show us where border controls have become an important topic again. 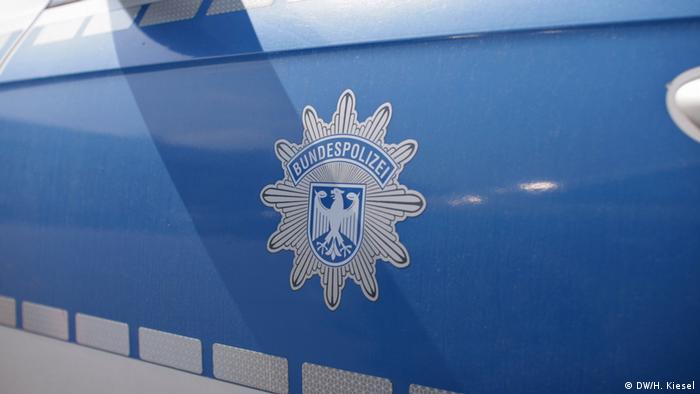 Border checks are a sensitive issue in Lower Bavaria, in Germany's southeast. In September 2015, locals felt like they were caught up amid a state of emergency when hundreds of thousands of refugees from the Middle East were allowed to cross the border. Residents vividly remember those days. Everyone helped out in those difficult times. The national police, the state police, Germany's army and thousands of volunteers. It was a major effort and huge numbers of asylum-seekers were helped. But many locals were left feeling that neither the government nor state authorities really had had the situation under control. It undermined their trust in the state.

Gerhard Waschler represents Passau East in the Bavarian state parliament. The CSU politician saw first-hand what can happen when Bavarians are worried their border isn't secure: The far-right  AfD party won many votes in the region during last year's general election.

"A vast majority supports the idea of a Bavarian border guard," Waschler is pleased to report. He says surveys indicate Bavarians are most concerned about security issues. "And creating a border guard definitely increases security." 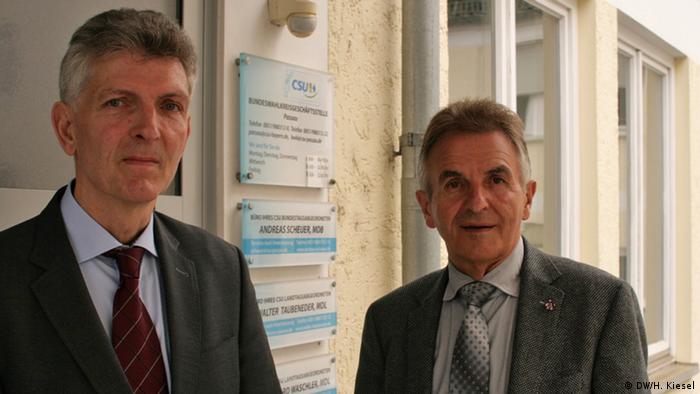 Waschler's fellow party member Walter Taubeneder from Passau West, who also holds a seat in the Bavarian parliament, hopes the "innumerable border crossings" with Austria and the Czech Republic will soon be under tighter control. He is eager to see the plans for the new border guard. In a recent address, Bavarian State Premier Markus Söder promised "more than just spot checks," including the use of drone technology. Waschler and Taubeneder are happy  the border guard's headquarters is set to open in Passau in July. That will certainly help in the upcoming election for state parliament.

"Bavaria's state government has indeed touched a nerve with that," said Christian Flisek, a prominent domestic policy specialist in the center-left Social Democratic Party (SPD). He aims to win a seat in Bavaria's state parliament in October. Flisek does not reject deploying extra police along the border with Austria, but he is somewhat wary of the idea. "That would be telling the people: Merkel failed, the federal government failed, now we are taking the situation into our own hands — but that is actually a bogus claim," he said. Flisek believes that bringing in a new organization, with new uniforms and badges, would not change the fact that they ultimately would have the same powers as the border police already operating in Bavaria. "It's a symbolic policy, just like the fixed border controls that have been reintroduced in Bavaria," he said.

In 2015, Germany's federal police built a new checkpoint at a parking lot 10 kilometers from the border with Austria. Bavarian state authorities pushed for it as a way to catch people smugglers, migrants in the country illegally and other criminals. It helped people in Bavaria to feel that their safety concerns were being taken seriously. Three such checkpoints on the autobahn to Bavaria have made the security presence there much more visible. However, they also make it clear that authorities are not as closely patrolling the many other routes across the border. Adding new border police would not necessarily do anything to change that situation, as they would not be allowed to carry out future controls. 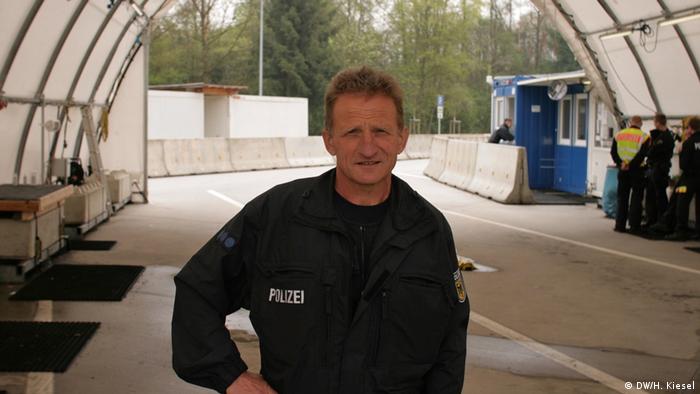 On the A3 itself, the border controls tend to hold up traffic fairly often. Symbolic policies, then, do have a price.

"The traffic jams particularly anger the commuters," said Georg Perl, who heads the inspection authority. The exhausting work here requires a lot of manpower. He and his team usually look at every car passing through — a traffic-control system slows vehicles down to a walking speed. Suspicious vehicles are waved to the side and examined by a special team inside a tent structure originally designed for farm animals. At the moment, the tent is empty. "When the traffic really slows down, we take a break from controls so it can get going again," said Perl.

Does that not then mean that anyone who really wants to slip through the cracks, can? Perl grins. "Today again we had a trunk with illegal puppies, no older than eight weeks," he said. Smugglers know that the authorities are here. The ones carrying people can travel through one of the numerous other border junctures in the region. Nevertheless, Perl said he and his team still find plenty.

"We get lots of hits with people who are wanted, or traffic offenses, but fewer cases involving people with migrant backgrounds," he said. Those cases are transferred to the border police. Perl calls them "incidental."