Widespread anti-government protests have gripped the country for months, leaving violence in their wake. Now, a human rights body is investigating a conflict mediated by none other than the Catholic Church. 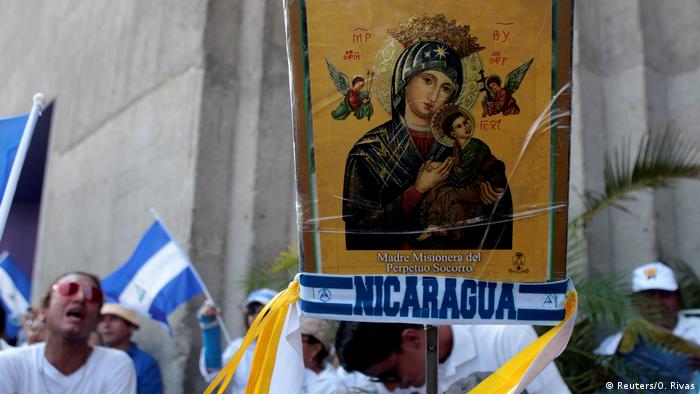 On Monday, the Interamerican Commission on Human Rights (CIDH) announced that two of its top representatives had landed in Nicaragua's capital, Managua, to assemble a multinational committee of experts, who will examine the violence that has enveloped the country since April. This comes after the Nicaraguan government allowed UN observers into the country in a move to placate the opposition.

The human rights body's executive secretary, Paulo Abrao, and its representative for Nicaragua, Antonia Urrejola, said they would form the International Group of Independent Experts (GIEI), comprised of experts on a number of human rights topics hailing from several countries. While this is their second visit to the country since the violence began in April following anti-government protests, they now say they plan for the group to stay at least six months in Nicaragua to monitor and examine the situation.

Urrejola told daily newspaper El Nuevo Diario that part of the group's mandate is to "propose lines of investigation and it must have full and absolute access to all necessary information." She added that the group would "recommend a complete plan for reparations to the victims and their families, in keeping with international standards."

While the government slammed the body's conclusions from its previous observation mission, international attention has slowly gained traction. Observers say that one sign of the significance of this conflict is the visible involvement by the Catholic Church taking on the role of mediator.

Since April, bishops and priests have taken to the streets of Nicaragua alongside the victims of violent attacks in order to put an end to what they call "massacres." Long a pro-government entity there, Church representatives have become increasingly vocal against the Ortega government's crackdown on protests. In recent weeks it has become more directly involved as a negotiator and strongly aligned with the opposition.

Whatever happened to its traditional solidarity with the left, the Sandinista Revolution and the radical liberation theology movement? Experts argue that in Nicaragua, the Catholic Church always represented different positions and currents. "In the 1960s, many priests who focused on the social aspects of the gospel turned to the left and to liberation theology," says Antonio Monte, a Nicaraguan historian and postgraduate at the Free University Berlin, adding that this movement peaked in the 1980s with the victory of the Sandinista Revolution and a few of its key figures, mainly liberation theologian Ernesto Cardenal.

Not everyone in the church joined the movement, however. Conservative forces within the Catholic Church are critical of the Sandinista government and Ortega, according to Volker Wünderlich, a professor at Leibnitz University in Hannover. Some clergy and many laypeople welcomed the theology of liberation and supported the revolutionary process in their country in the 1980s, but almost all of the bishops were hostile to the Sandinista National Liberation Front (FSLN), says Jose Luis Rocha, a sociologist at the Central American University (UCA) in Nicaragua.

Many priests who had joined the FSLN – still led by Ortega – eventually left the party again. In 2007, the recently elected Ortega and the church's conservative wing came to an agreement. "They were enemies, but they made a pact," historian Monte says, adding that agreement meant several laws important to the church remained in place, including an absolute ban on abortion.

The new movement within Nicaragua's Catholic Church is critical of the government, and has nothing whatsoever to do with Sandinism, "not officially, nor secretly," Monte says. "The Church is again taking on an active role in national politics, but not in the shape of liberation theology," Wünderlich agrees. 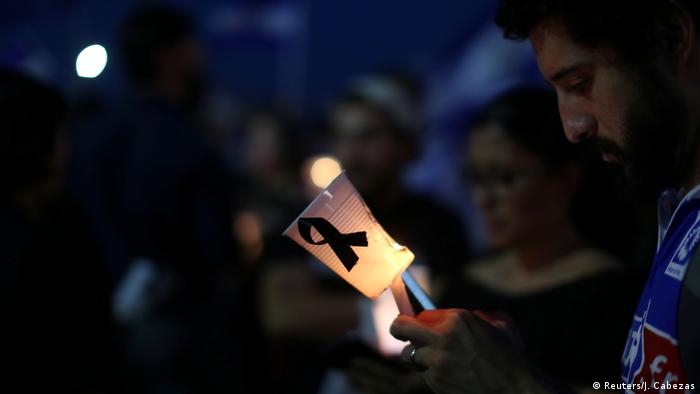 At least 280 have died in the violence, though Ortega's government disputes that figure

The UCA's Luis Rocha also agrees that what is happening now is in no way connected to liberation theology. "That has pretty much been forgotten in Nicaragua." Both progressive and conservative priests are opposed to the ruling FSLN - a party they feel is no longer a party as much as a business-friendly association, he adds. "Opposition by members of Nicaragua's Catholic Church is based not on ideological criteria but rather criticizes the repression applied by Ortega since taking office in 2006".

The Catholic Church was one of the first institutions to speak out in favor of the protesting students and en end to the violence, Monte argues. "Today, the Church acts more along the lines of the discourse on human rights," he says, adding that the Church is defending the right to life, freedom of movement, freedom of expression and human dignity in the face of oppression and murder committed by government forces.

More than 280 people have died in the Nicaragua conflict since the protests started in April. The Bishops' Conference is still waiting for a government response to proposals submitted on June 7 toward a peaceful resolution – including early elections pulled forward to March 2019 that would preclude Daniel Ortega from being re-elected.

Managua Auxiliary Bishop Silvio Jose Baez is adamant, demanding that "not a single Nicaraguan may fall prey any longer to bloodshed by paramilitary units in the country."