Amnesty International has accused authorities of using armed groups to target anti-government protesters. Nearly 90 protesters, many of them students, have been killed in anti-government demonstrations since April. 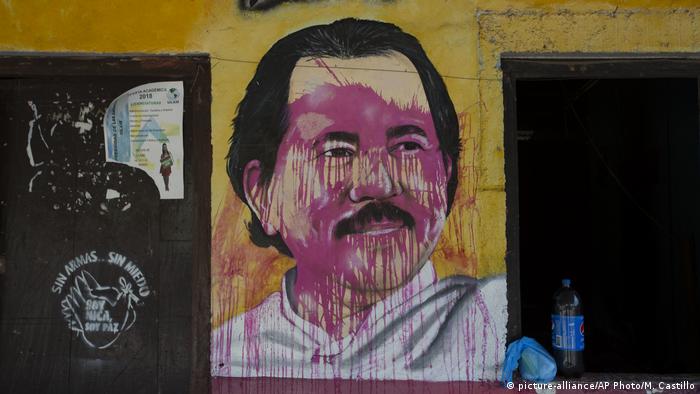 "These pro-government armed groups were apparently used by the government to generate disorder, make threats and carry out attacks, including some that may have proved fatal," said the report, which was released on Tuesday.

Amnesty noted that attacks were often committed by "private individuals in the presence of or in coordination with the security forces." The human rights organization said authorities failed to pursue perpetrators "after the crimes were committed."

"They are oppressing the civilian population using semi-automatic weapons, under the protection of the police themselves," said Erika Guevara-Rosas, Americas director for Amnesty. 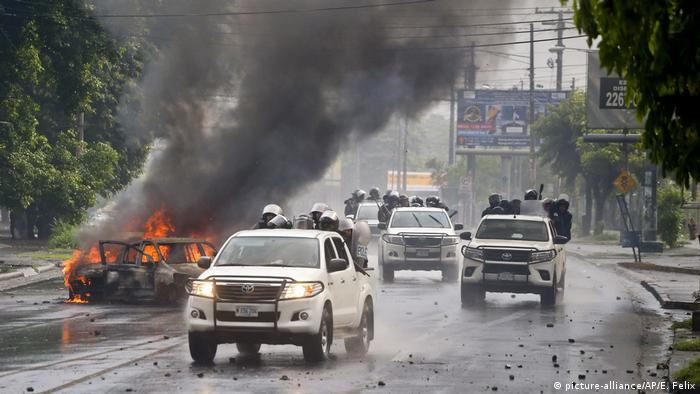 At least 87 people have been killed and hundreds more wounded since protests erupted in April after the government forced through pension and social security reforms, a move which it has since reversed.

But the unrest has now gone beyond frustration over reforms, with protesters calling for President Daniel Ortega and his wife, Rosario Murillo, who serves as vice president, to step down.

Ortega, a former Sandinista guerrilla fighter, has been president for 11 years, although he also ruled the country from 1979 to 1990.

Luis Almagro, who heads the Organization of American States, said last week that the only way forward is fresh elections.

"Anyone who thinks there is a solution for Nicaragua other than an electoral one is seriously wrong," said Almagro.

But the government has refused such an option, with Nicaraguan Foreign Minister Denis Moncada saying "that would be dismantling constitutional order."